By George Baumgarten, United Nations Correspondent in International on 28 August 2020

NEW-YORK – The desert sands are quiet now, at Semipalatinsk. And they’re quiet too, at Alаmogordo and Frenchman Flat, at Maralinga, the seas of Mururoa and other sites that have seen the “flash of a thousand suns”. But the ghosts of all those flashes and their roars can never quite be still. And those who bear their scars are with us yet, to remind us always of the awesome power of the atom, and the colossal, terrible forces of the weaponry of war. 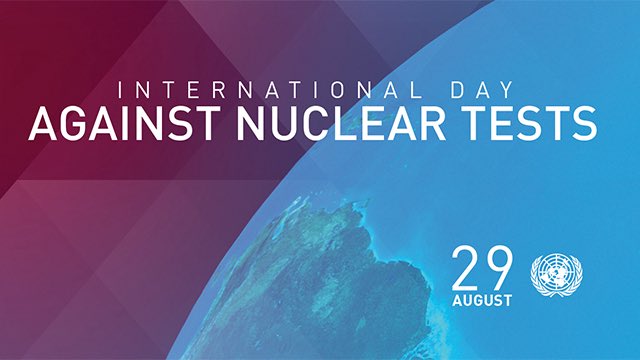 The United Nations has sought to encourage the cessation of nuclear testing, and has established an annual commemoration to highlight the issue. On December 2, 2009, the United Nations General Assembly adopted its Resolution 64/35, which established August 29 as the annual International Day Against Nuclear Tests. And so on that date (or an alternate date in the same week) a commemoration is held each year, to mark the occasion.

This year, the Commemoration was held on Wednesday, August 26, in the General Assembly Hall of the United Nations in New York. At that meeting, the prominent participation of Kazakhstan, and the address of First President H.E. Nursultan Nazarbayev, took particular pride of place, and was a major highlight of the occasion. This special session was addressed by the President of the General Assembly, the High Representative for Disarmament Affairs, and various U.N. officials and others with a particular connection to the issue.

The first speaker was the African outgoing President of the 75th Session of the General Assembly, H.E. Tijjani Muhammad-Bande of Nigeria. President Muhammad-Bande noted that the meeting was being held under the “cloud” of the Covid-19 Pandemic. He noted that we were marking just two weeks ago the 75th  anniversaries of the bombings of Hiroshima and Nagasaki. Since those bombings—the only use of nuclear weapons in war—there have been around 2,000 subsequent nuclear tests, with “devastating consequences”.

Nevertheless, the President asserted that “Nuclear Disarmament is, and must remain, a priority for the United Nations”. He noted with particular praise the 2017 signing of the Treaty on the Prohibition of Nuclear Weapons, and mentioned his participation in a meeting aimed at the bringing into force of the Comprehensive Nuclear Test-Ban Treaty (CTBT). But he advocated moving from its current status to a “legally binding obligation”. He called upon all states to ratify that treaty, which should be binding on all states.

The U.N.’s High Representative for Disarmament Affairs, Izumi Nakamitsu of Japan, next expressed concern for the nuclear tests issue, noting its importance despite the Covid-19 pandemic. The 2,000 tests conducted to date, she said, were a “relic of another age”. 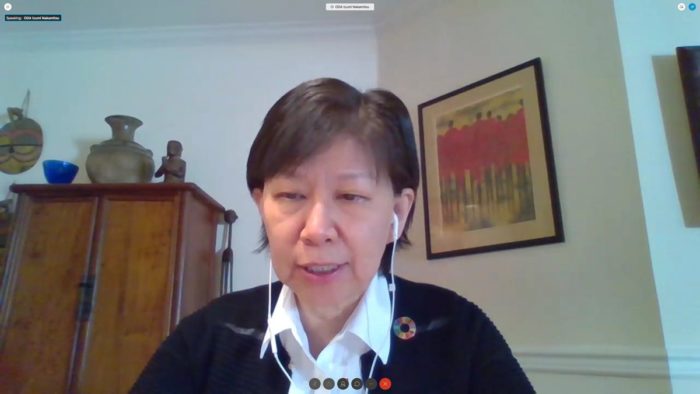 Ms. Tarja Halonen, former President of Finland, said that “never again” should nuclear weapons be used, or even tested, especially “atmospheric detonations”. The ultimate goal, as she put it, was “a world free of nuclear weapons”.

Lassina Zerbo, a native of Burkina Faso in inland West Africa, Serves as the Executive Secretary of the Comprehensive Nuclear Test-Ban Treaty Organization (CTBTO). He holds a PhD in Geophysics from the Universite de Paris XI in France. Zerbo said that the issue of nuclear testing is “not resolved”, and that the CTBT must be made to enter into force. The year 2020, he said, was a “wakeup call”, and this should lead to the sparing of no effort toward a test ban. 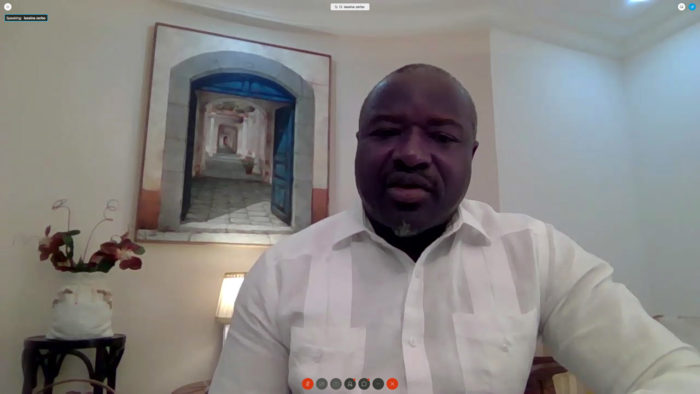 Kazakhstan’s own First President H.E. Nursultan Nazarbayev (in an address read by Foreign Minister Mukhtar Tileuberdi)—among the world’s most prominent and persistent advocates of nuclear test abolition—noted that he had spent the better part of his career advocating for a nuclear-free world. He noted that Kazakhstan had closed its Test Site at Semipalatinsk, and had been called a “CTBT (Comprehensive Test Ban Treaty) Champion”. It had also abandoned the fourth-largest stockpile of such weapons. He noted that the International Atomic Energy Agency (IAEA) had a ban on enriched Uranium. And he proposed the idea of a World Nuclear Summit.

Karina Lester is a “Second-Generation Survivor” of a British nuclear test in Australia. The United Kingdom had conducted two tests in the deserts of Western Australia, in October 1953, in one of which her father, Yami Lester, was blinded by the nuclear flash. Such tests, Lester noted, had disproportionally affected First Nations (i.e., Australia’s Native Peoples). And she advocated the remediation of the lands affected by those explosions.

Selina Neirok Leem is a young woman from Majuro, in the Marshall Islands, near where some of the U.S. postwar nuclear test were conducted. She was described in a World Bank bulletin as “a small island girl with big dreams”.  She noted that prior to the Comprehensive Test Ban Treaty of 1996, the Pacific islands—and their peoples—were effectively “sacrificed”, in the pursuit of nuclear testing.

The weapons whose abolition is now being advocated were the products of extremely abstruse theoretical nuclear physics. They came from the minds of Albert Einstein, Enrico Fermi, J. Robert Oppenheimer, Edward Teller and others.  But they were also much more. Their tests produced real fallout, nuclear pollution and other atmospheric effects, some of which may not yet even be known. And they affected real people. Whether those people have a real future can not be entirely guaranteed.

The author has been a correspondent at the United Nations for over 20 years.  He was born in New York, four days after the first U.S. nuclear test at Alamogordo, New Mexico.