By Aidana Yergaliyeva in Business on 20 August 2020

NUR-SULTAN – Kazakhstan will launch a new plant to produce Yutong Chinese passenger buses in December in Saran, the Karaganda Region, the Kazakh Ministry of Industry and Infrastructural Development press service said. The plant will produce approximately 1,200 buses per year. 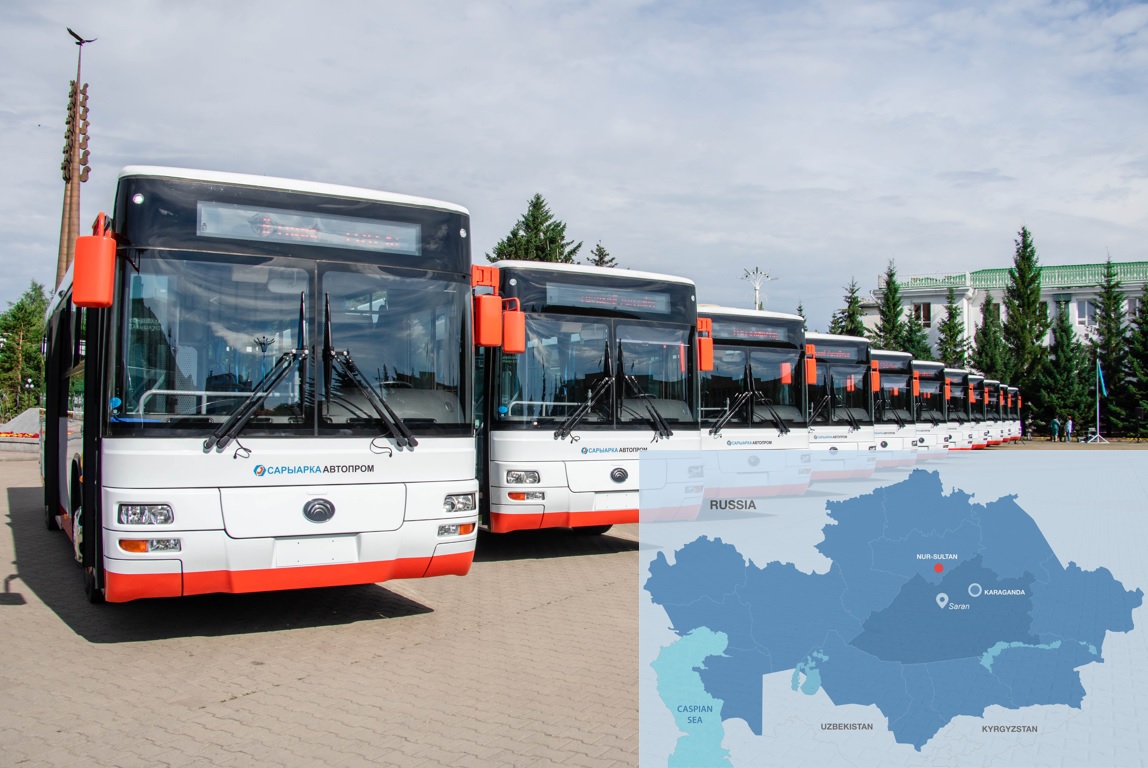 “At the first stage, this will significantly influence the situation with the worn-out state of public transport in Kazakhstan,” the statement reads.

According to analysts, Kazakhstan has 12,505 buses in total, “more than half of which are critically obsolete.”

The enterprise will use the building of a former factory of rubber products. The renovation of the plant will revive Saran’s currently inoperative industrial zone. The launch of the project should create 600 new jobs on the territory of the industrial zone.

The Karaganda plant will also export the vehicles to Russia, Kyrgyzstan, Iran and Pakistan, among other countries.

Earlier in 2020, Nur-Sultan Akimat (city administration) purchased 100 electric buses from the joint venture of the Yutong and SaryarkaAvtoProm national company. SaryarkaAvtoProm has been manufacturing 27 to 32 percent of each bus, including the electric motor, suspension parts and interior parts.