Kazakhstan Fulfills OPEC+ Obligations, Goes Above and Beyond Expectation for July

By Aidana Yergaliyeva in Business on 10 August 2020

NUR-SULTAN – Kazakhstan has reduced its average oil production to 1.313 million barrels per day in July reaffirming its commitment to the Organization of Petroleum Exporting Countries (OPEC) agreement, reported the Kazakh Energy Ministry. 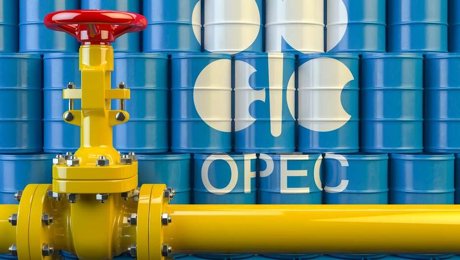 The ministry said Kazakhstan achieved 101 percent conformity to the agreement in July.

“(Kazakhstan’s) participation in OPEC + is aimed at restoring the supply-demand balance and oil prices. In order to avoid the risk of oil overstocking in storage facilities, the Energy Ministry has decided to limit production at medium, large and giant fields. A fair distribution of obligations to reduce oil production for all types of fields was provided,” he said in the official statement.

In May, Kazakhstan reported an oversupply inthe first 12 days of the month which amounted to 3.13 million barrels and committed to compensating for it by imposing additional cuts in August and September.

The energy ministry explained that the oversupply in May was the result of “the inertness of the industry.”

While the 9.7 million barrels cuts were initially expected to come to an end in June, the organization decided to extend the restrictions for July at their ministerial meeting in early June.

The OPEC Joint Ministerial Monitoring Committee is expected to meet on Aug. 18 to review the developments in the global oil industry and the implementation of the agreement.