NUR-SULTAN – Kazakh President Kassym-Jomart Tokayev visited the town of Arys in the Turkestan Region on Aug. 20 and checked in on the places that have gone through reconstruction after an explosion at an ammunition depot last year in June, reported Akorda press service.

The explosion occurred June 24, 2019, on a military base just outside of Arys, a small town approximately 100 kilometers from Shymkent, killing two military officers and one civilian.

The explosion sent debris flying in all directions, damaging nearly 85 percent of the town. All 44,000 residents were evacuated out of safety concerns.

While in Arys, Tokayev visited the military base where the explosion occurred and noted its important role in providing for national security. Kazakh Defense Minister Nurlan Yermekbayev also briefed the President on efforts to dispose of ammunition from another warehouse. 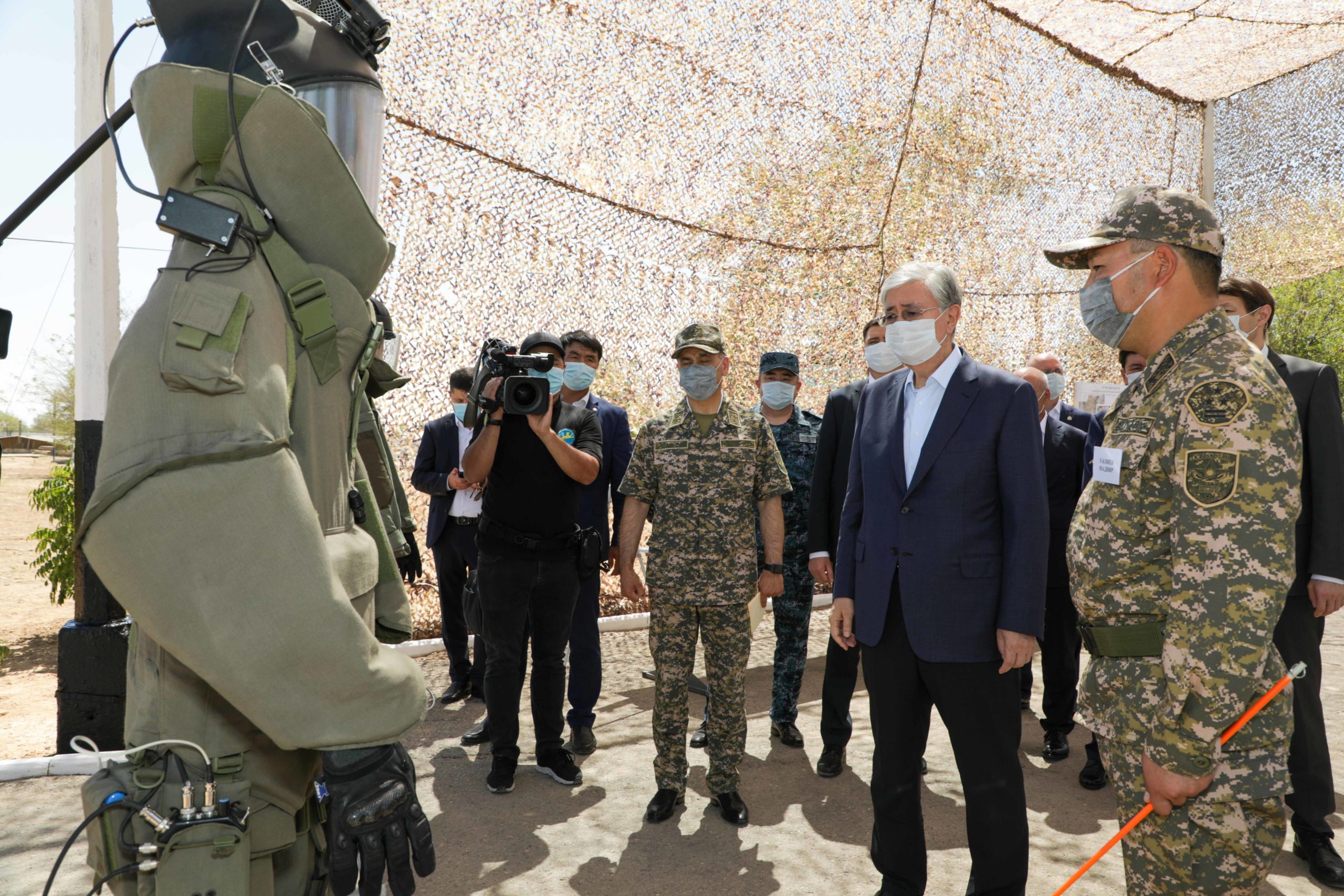 “The defense minister just told me that ammunition is now stored safely in a warehouse and poses no danger to the people. We should not let a similar event happen again. This is a critical issue and I will personally take control of the situation,” he said.

Tokayev instructed the government to take measures to create modern warehouses for the safe storage of ammunition and warned that these sites should be located far from residential areas.

In Arys, the Kazakh President noted the significant work that has been done over the year to restore the town after an explosion.

“We achieved good results. The state allocated significant resources. All regions of our country contributed to the restoration of the city. Houses were rebuilt and damaged sites were renovated, including the railway station,” said Tokayev.

He noted the support from citizens around Kazakhstan to the people who had suffered from the explosion.

“You see the current situation with the pandemic making life difficult for us all. Many countries have been affected. Therefore, we had to take stringent measures. The situation is gradually stabilizing and it was made possible thanks to doctors and urgent measures. We need to take preventive measures moving forward. Together we are rebuilding Arys and together we will overcome this disease,” said Tokayev.