By Aidana Yergaliyeva in Nation on 19 August 2020 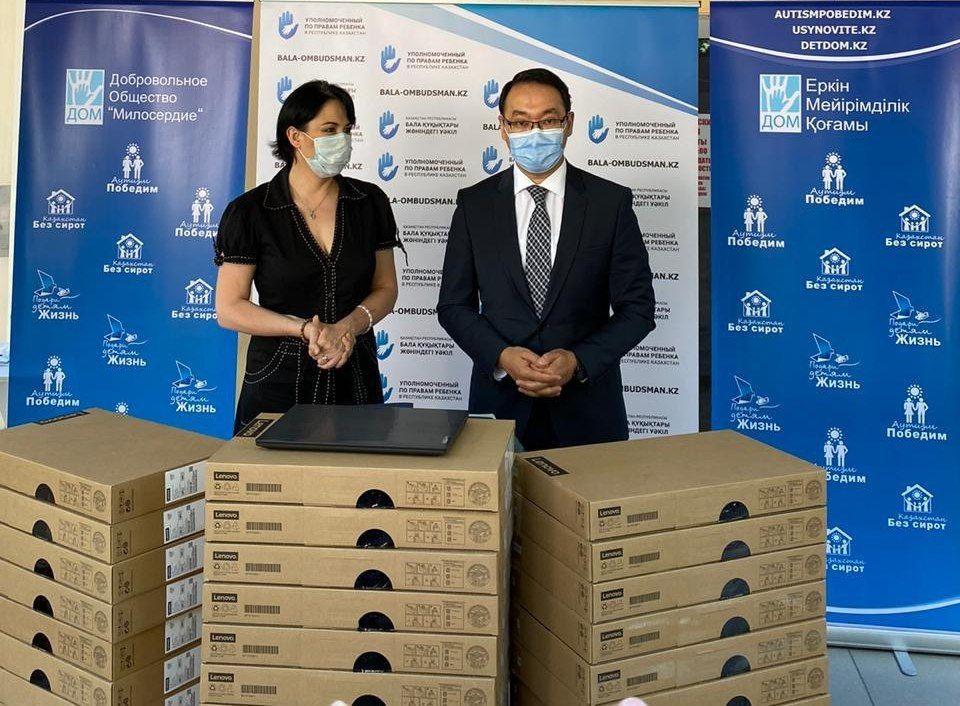 “In the face of an unprecedented global crisis, this charitable action by Kazakh diplomats aims to promote learning continuity, reduce digital inequality and ensure full access to quality education for every Kazakh child, especially among the most vulnerable segment of society,” the ministry said in the statement.

“Employees of the central office of the Ministry of Foreign Affairs, diplomats working abroad, as well as foreign citizens who interact with our embassies all responded to our initiative,” Ashikbayev said.

The Miloserdie (Mercy) Public Fund will distribute the laptops to low-income families. The Kazakh Diplomats signed a memorandum of cooperation with Miloserdie during an Aug. 14 ceremony. The fund selected the families at the recommendation from the Almaty Akimat (city administration) Education Department.

By this charity action, the diplomats supported the call of Kazakh President Kassym-Jomart Tokayev to unite the nation during the pandemic, and contributed to the Sustainable Development Goals (SDG) as part of a nationwide pledge that states “no one will be left behind.”

In 2015, Kazakhstan adopted the 2030 Agenda for Sustainable Development. The SDG for education calls on countries to “ensure inclusive and equitable quality education and promote lifelong learning opportunities for all.”

Charitable actions such as this one have become a habit for the Association of Kazakh Diplomats. The diplomats purchased and delivered personal medical protective equipment and medicine for Kazakh hospitals on April 26 and July 20.

The Kazakh government has also made plans to give children from the most needy families with 500,000 personal computers.