Central Asia to Cooperate With Japan to Modernize Economy

By Aidana Yergaliyeva in Central Asia on 12 August 2020

NUR-SULTAN – The heads of the foreign affairs agencies of Central Asia and Japan discussed prospects for cooperation to address the adverse effects of the pandemic on the Central Asian region during the Aug. 11 virtual extraordinary meeting of the Central Asia + Japan Dialogue. 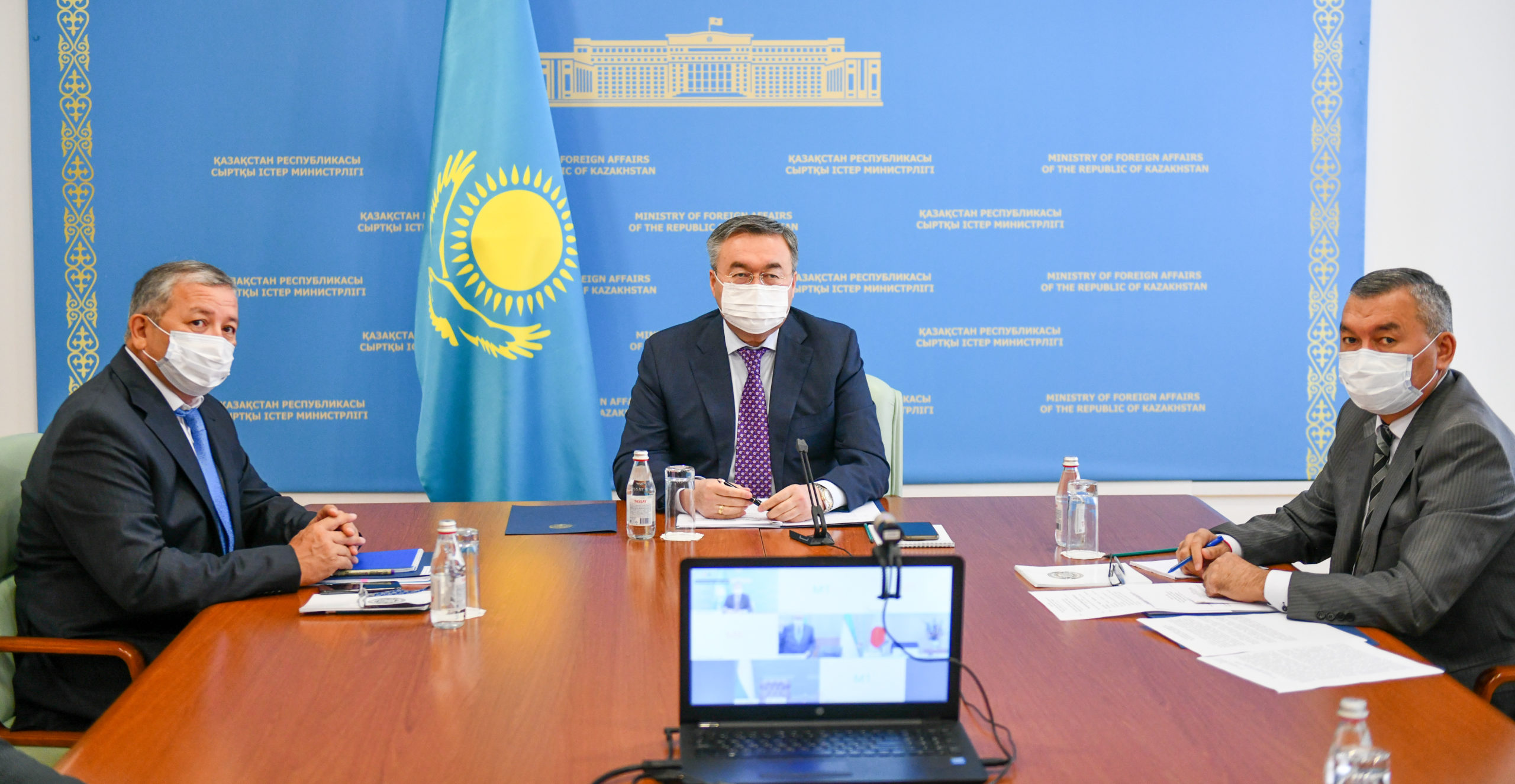 Japanese authorities were the first to initiate the Central Asia + Japan Dialogue. This is the seventh gathering since the first meeting in Nur-Sultan in 2004. The Central Asia + Japan Dialogue has been serving as a platform for Kazakhstan,  Kyrgyzstan, Tajikistan, Turkmenistan, Uzbekistan, and Japan to establish political dialogue, develop intra-regional cooperation, as well as to promote businesses and intellectual and cultural exchange.

“The economic and technological assets of Japan are of great interest – they can be applied in the modernization of the economy of Central Asia as a whole, and through the implementation of joint projects,” the statement reads.

The parties decided to “unite practical efforts in restoring trade and economic interaction within this format.” The ministers agreed to prepare recommendations for projects in trade, investment and the agro-industrial complex involving the Japanese business to the next Central Asia + Japan Dialogue.

The Kazakh authorities thanked the Japanese government for their comprehensive support amid the pandemic. The Kazakh side also expressed appreciation for the eagerness of the Japanese government to strengthen the ties between the sanitary and epidemiological services of the countries – to introduce advanced practices, and provide practical assistance in developing vaccines and new medicines.

The parties also focused on the issues of ineffective interaction in stopping the spread of COVID-19, as well as ways to overcome its damaging effect for the Central Asian economy, and on strengthening their foreign economic activity.

The countries also discussed the epidemiological situation, intraregional cooperation to provide each other with humanitarian aid, the strategies to return citizens from foreign countries, as well as the prospects of resuming economic mobility and business activity.

The parties scheduled the eighth dialogue in Tokyo in 2021.