By Aidana Yergaliyeva in Society on 6 August 2020

NUR-SULTAN – Atyrau resident Rauan Sabirov donated dozens of archaeological exhibits to the Khan Ordaly Saraishyk museum complex in the Atyrau Region. The rarest and most valuable of Sabirov’s finds are bronze arrowheads and a ceramic pot with characteristic recesses belonging to the Sarmatian Iranian-speaking nomadic tribes. This is, the finds date back to the 5th century BC and the 4th century AD. 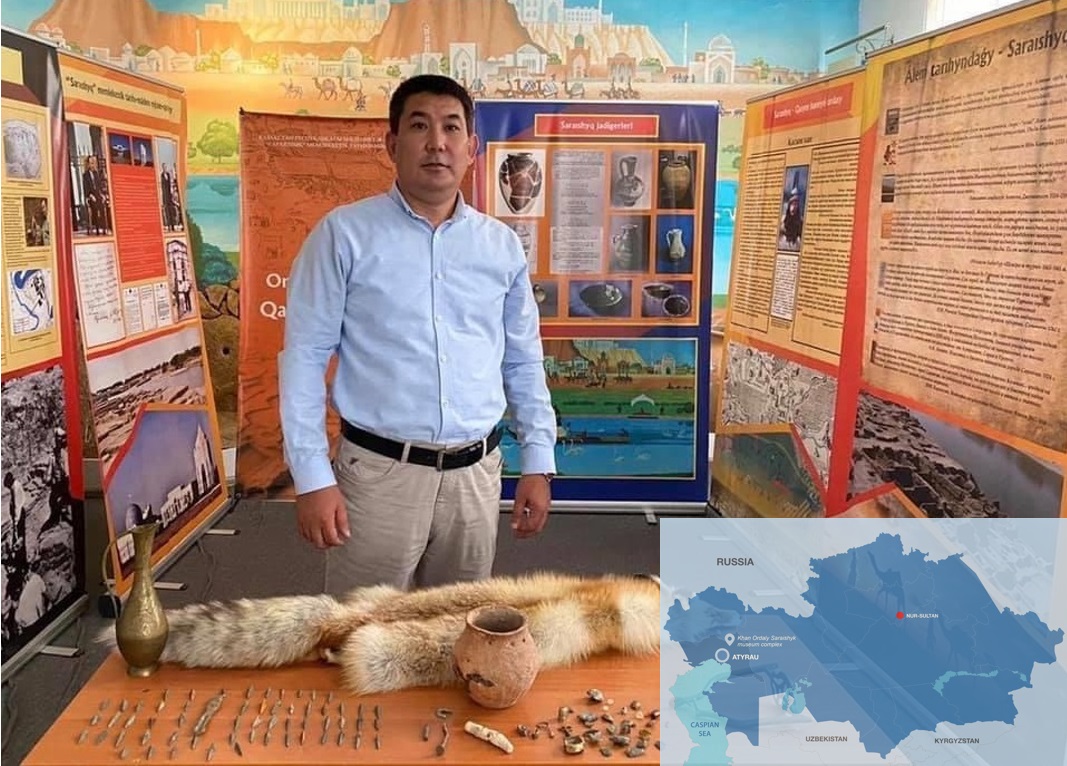 Atyrau resident Rauan Sabirov next to his collection of artifacts he donated to the Khan Ordaly Saraishyk (Click to view the map). Photo credit: inform.kz.

According to the museum staff, casual travelers can discover such finds in the steppe after migrations of the sand dunes. The archaeologist found such artifacts in the burial places of the Sarmatian nobility. Sarmatians buried their blue-blooded contemporaries with all their honors and “necessary attributes in the afterlife.” These were usually horses, weapons, utensils and food, among other effects.

Sabirov also transferred exhibits of Turkic origin and Kazakh applied culture. His collection of the archaeological artifacts comes from “treasure hunts” with friends in his childhood. As of today, Sabirov makes a living heading the department of new equipment and technologies of the Embamunaygas oil and gas company.

“Even in childhood, in the Kyzylkoga (district in the Atyrau Region) sands, we found many objects, which we later read about in school history books,” Sabirov told SK news. “There were cases when the boys played with the tips of the arrows they found, fixing them on homemade bows. There were many such finds in my parent’s home. The interest in their history of their origin remained with me for life.” 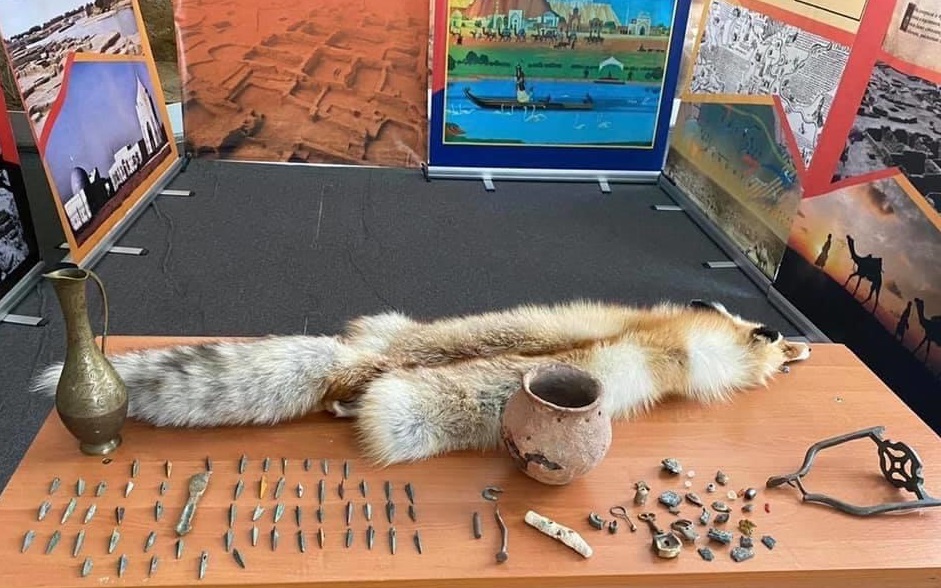 Although Sabirov had little to no clue of the ancient origins of his finds, he transferred the collection so dear to his heart to the museum for more people to be able to see them.

“A couple of months ago, having visited here (Kyzylkoga district) and heard that the capital’s museum has been collecting exhibits, I decided to transfer my home collection to this museum complex, which is visited by many Kazakhs and guests of our country,” Sabirov said.

Sabirov’s finds were a fine addition to the Khan Ordaly Saraishyk museum complex. The complex showcases objects and exhibits collected by scientists over many years of archaeological excavations. This collection reflects in detail the everyday life of the townspeople during the several centuries of the city’s existence. The museum also has a reconstructed model of Saraishyk, an ancient trade center of the Golden Horde, which accurately recreated the cityscape in the 14th century.

For the last several decades, Sabirov also collected samples of valuable rocks and minerals and historical geological maps in the course of his work at geological explorations at Embamunaygas. The company’s office opened its own museum to display the samples.