Nazarbayev’s Legacy: Forging a Path For an Independent Kazakhstan as a Leader in Central Asia

By Andrei Beloborodov in International on 4 July 2020

Russian-Kazakh relations today are characterized by their remarkable stability. The foundations to these bilateral relations were laid down by the First President of Kazakhstan, Nursultan Nazarbayev, who will celebrate his 80th anniversary on July 6. In an interview with one of the leading Russian news outlets Argumenty i Fakty, the Russian senator and former State Secretary of the Russian Foreign Ministry Grigory Karasin shared his views on the role of the famous political leader. 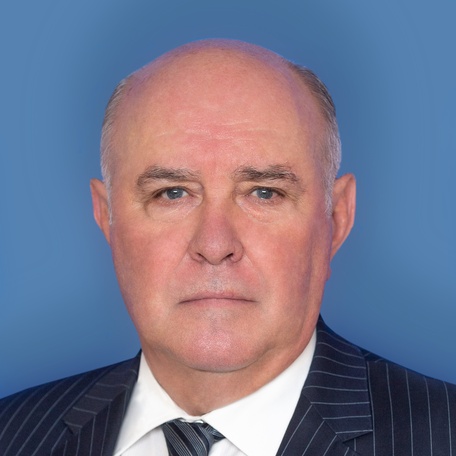 A formidable political figure of the 21st century

The 75th anniversary of the Great Victory, which we recently celebrated, is an important milestone to emphasize the historically inextricable ties between Russia and Kazakhstan. “Nursultan Nazarbayev always emphasizes that the victory over world fascism is a common heritage of all the peoples of the former Soviet Union. It is difficult to separate Russians and Kazakhs in this feat, just as it is difficult to separate us today, when we need to fight for historical truth,” said Karasin.

According to Karasin, Nazarbayev is one of the few world politicians who has a vision of political processes. “In front of us is a formidable political figure. The scale of political activity of Nazarbayev is characterized by 30 years of leadership of Kazakhstan at the difficult stage of the formation of a new state and society after the collapse of the Soviet Union. The main thing, in my opinion, is that Nazarbayev understands the laws on which the new global order is based. In this sense, he is one of the few politicians with a vision of political processes not only in Kazakhstan and Eurasia, but also those happening on a global scale. Such a scale of understanding, of course, is associated with the absolutely unique experience of the politician and nation-creator Nazarbayev. His path began in Soviet times, where even there he was a significant political figure. And in the era of hard times that followed the collapse of the Soviet Union and the events of the 90s, Nazarbayev proved himself to be a principled and far-sighted political figure who built his own state, Kazakhstan, in difficult new new conditions.”

The interviewee of Arguments and Facts emphasized that today’s multinational Kazakhstan is highly visible on the international diplomatic arena in solving regional and global problems. “The main criterion for a politician of such a high rank is the ability to defend the national interests of his people and his state. Nazarbayev fully meets this criterion. All his state undertakings are devoted to a key goal – the establishment of the role of Kazakhstan in Eurasian and world affairs and in the development of equal cooperation with both its closest neighbors – Russia, Central Asian countries, China, and more distant partners – the European Union and the United States,” said the senator.

“We are following a path”

Karasin recalled that Nazarbayev is one of the founding fathers of the Eurasian Economic Union. “This project has opened a new era of integration processes,” added a member of the Federation Council.  “Although these processes are not easy, some are multi-layered and long to build, they determine the vector that future development of relations will take. We are going this way together. It is obvious that the integration undertakings that are being conducted in the Eurasian Economic Union today contrast with the trends in the European Union. Moreover, I would like to note that Nursultan Nazarbayev has warm relations with our president, Vladimir Putin. I know that, no matter where meetings between the two take place, both leaders never miss the opportunity to talk frankly in private about international problems and bilateral issues that naturally arise between two neighborly, two brotherly nations. I must note that difficulties of an economic or social nature have never overshadowed a unified approach to the future of our relations.”

Against all odds: How Nazarbayev and Kazakhstan walked together towards independence

As for the latest events in the domestic policy of Kazakhstan, according to Karasin, one of the undoubted advantages of Nazarbayev is that he created and educated a roster of high-ranking and battle-tested politicians in Kazakhstan. The star of this roster, of course, is Kassym-Jomart Tokaev.

“As you know, in March 2019, Nazarbayev decided to terminate his presidency, but remained the Head of the country’s Security Council, a member of the Constitutional Council and Chairman of the Nur Otan party. The undisputed political authority of Nazarbayev was reaffirmed when, in March of 2019, at the initiative of the President of Russia and with the support of all EAEU members, he became Honorary Chairman of the Supreme Eurasian Economic Union. The leadership of Nazarbayev allowed multinational Kazakhstan to overcome the chaos of the collapse of the USSR, to stand on its own feet and to reflect on the future of both Kazakhstan itself and the entire post-Soviet space. The efforts of the two leaders, Putin and Nazarbayev, became the basis for deepening integration processes, despite the difficult international conditions. “The School of Eurasianism” began to bear real fruit for all peoples,” concluded Karasin.

The article was originally published in the Russian language in Argumenty i Fakty.