On the last day of June in Nur-Sultan, the national television and radio corporation Kazakhstan launched an ambitious new cultural and educational TV channel ABAI TV. The opening ceremony was attended by Minister of Information and Public Development Aida Balaeva, Minister of Culture and Sports Aktoty Raimkulova, members of Parliament, as well as well-known public and cultural figures. 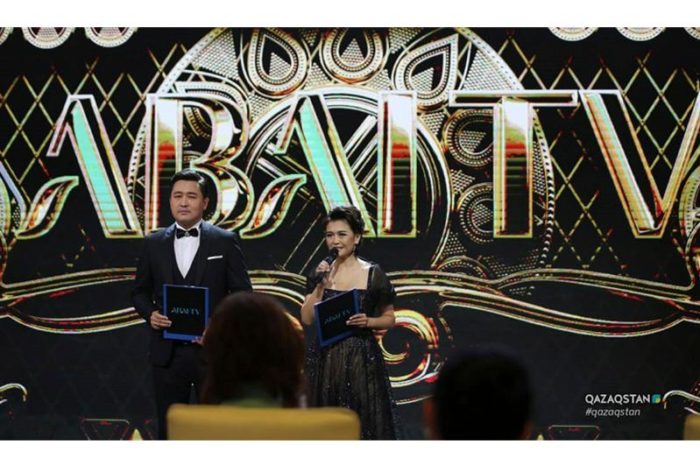 The official ceremony of the online opening of the new TV channel.

“In the year of the 175th anniversary of the great poet and thinker Abai, we decided to launch our new television channel after him. The channel will be designed to promote and popularize the achievements of Kazakh culture,” Dauren Abaev, the first deputy head of the presidential administration, said in his welcoming speech. “It is symbolic that all of this is happening in a very difficult time for our country and the whole world. Culture always and at all times, in addition to its civilizational role, carried out an important mission – it gave strength and hope to people during the most difficult moments of history.”

According to Abaev, “familiarization with culture is not the only a way to enrich the spiritual life of the nation, but also the most important social mission of the state, in which, in addition to providing material support to citizens, it seeks to help them endure difficult circumstances.”

As the Minister of Culture and Sports Raimkulova, noted in her speech, that it took a long time to prepare for the opening of this project. “I think that this channel is vitally important for our civilization, for our literature and culture. In general, we expect that the TV channel will become one of the important and loved TV channels for Kazakh people, ” the minister added.

“The name of Abai is very respectable. A very heavy burden falls on the shoulders of the young people who will work for this channel. Proudly bear the name of Abai, preserve his justice, thoughtfulness, special passion for words, the tenderness and beauty of his wonderful poems and reach for the same heights,” the writer, honored worker of Kazakhstan Sultan Orazaly said to the staff of ABAI TV.

The channel was launched on behalf of an initiative by President Kassym-Zhomart Tokayev, and its main task will be to familiarize Kazakh people with the heritage of the great Abai, the achievements of culture and art of Kazakhstan and the whole world. Spectators will be able to see performances, ballet performances and special thematic programs. In addition, there will be masterpieces of Russian art in the programs “Music of the Great Steppe,” “Urker” and “Zhyr Maidany” which will be discussed at the ABAI TV venue. The channel will broadcast 17 hours a day in Kazakh and Russian. Online broadcasting is available on the official website www.abaitv.kz.

The Year of Abai in Kazakhstan and the World

In 2020, under the auspices of UNESCO, the 175th anniversary of the Kazakh philosopher, poet, enlightener and founder of written Kazakh literature Abai Kunanbaev (1845 – 1904) is now an official, internationally recognized day of culture. Gala events dedicated to his anniversary will be held around the world, and in Kazakhstan, a wide celebration began last summer with a large-scale promotion campaign to encourage citizens to publicly recite the works of the writer and poet.

By the end of the year, hundreds of events in various formats dedicated to the great enlightener including theater productions, music festivals and conferences are planned. Abai’s works are translated and published in many countries of the world. Documentary films are made about his life, work and role in the development of Kazakh culture. In the homeland of the great thinker in Semei, a large-scale international scientific-practical conference titled Abai’s Legacy and World Spirituality is planned.

As President Tokayev noted in one of his articles on Abai, it’s important not only to hold celebrations, “the main goal is to expand people’s worldview and contribute to the spiritual development of the people.”

“The legacy of Abai is that of a healthy patriotism, the basis of respect for a nation’s statehood. If we want to see our citizens educated and enlightened, then we should not stop studying the works of Abai. We must love our people just like Abai did, ” the head of state wrote.

The new television channel ABAI TV is called upon to serve precisely this purpose. And by the beginning of the school year, a new pleasant surprise awaits Kazakh people – one more TV channel will begin its operations, this time a school-educational one. It will be named in honor of yet another famous native of Kazakhstan – one of the largest thinkers of the medieval East, Abu Nasr ibn Muhammad al-Farabi, who went down in world history as al-Farabi.