Kazakhstan is not an unfamiliar country for me. While studying at the Lomonosov Moscow State University in 1983, I had a three-month geological internship in Karaganda and had a chance to get acquainted closely with Kazakh culture and traditions. 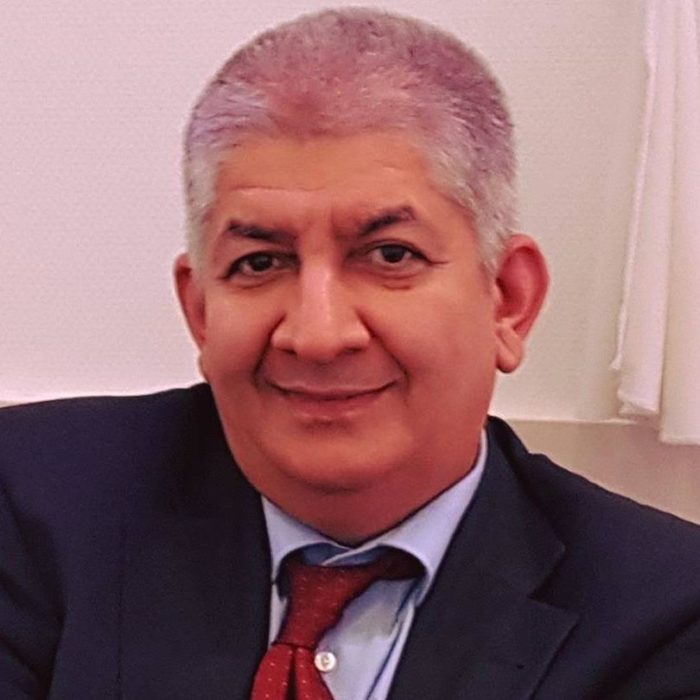 In 2006, I arrived in Kazakhstan as Ambassador Extraordinary and Plenipotentiary of the Islamic Republic of Afghanistan (IRA). The work in Kazakhstan became a great professional school for me, where I gained a lot of knowledge about this country and the Central Asian region.

I noted that Kazakhstan is a fraternal and friendly country. There is a long traditional relationship between our peoples. My mission is to develop ties between the two countries in all areas and, given the difficult situation in Afghanistan, we count on humanitarian assistance from Kazakhstan and the support of His Excellency. It is very important for us to develop trade, namely, to import wheat and oil products from Kazakhstan as well as to expand cultural ties and cooperation in the field of higher education.

Kazakhstan’s First President Nazarbayev is a very wise man, a realist, a pragmatist and a visionary politician. On his initiative, in a very short time, the “pearl city” was built – the new capital of Independent Kazakhstan, which now bears his name Nur-Sultan. Under the leadership of the Leader of the Nation, Kazakhstan has become an “island of stability” in the otherwise difficult region of Central Asia. The generally recognized fact is that he led the country on the right path of development and prosperity.

The progressive development of Kazakhstan in these difficult times can be a good example for the new government of Afghanistan in matters of state building and in the difficult transition period to a more peaceful life.

The initiatives of the First President in the field of regional integration in grandiose projects such as the Eurasian Economic Union, the Conference on Interaction and Confidence Building Measures in Asia (CICA) and the Shanghai Cooperation Organization (SCO), in which Afghanistan has its official participation, should also be noted.

At the initiative of the Kazakh side, the Ministerial Conference on Afghanistan was held in 2013 in Almaty in the framework of the Heart of Asia Istanbul Process. In his speech, Nazarbayev encouraged the forum participants to involve the IRA more widely in the integration processes in the region, which will contribute to a peaceful settlement of the situation in Afghanistan.

The international community appreciated the initiatives of Nazarbayev that he brought up at the general debate of the 70th session of the United Nations General Assembly and set out in the manifesto titled: “Peace. XXI Century.”

The country’s top leadership is paying particular attention to the problem of the settlement in Afghanistan. Thus, being a non-permanent member of the United Nations Security Council in 2017-2018, Kazakhstan proposed to introduce measures regarding the peace process in Afghanistan into the regulations of the Security Council, which were repeatedly discussed at various levels at the headquarters of the Organization. In the same period, Kazakhstan organized a mission of members of the UN Security Council to Kabul, where they were able to personally familiarize themselves with the internal political situation in the IRA as well as meet with the country’s leadership.

Afghan issues remain on the agenda of the successor of the Leader of the Nation, the new President of Kazakhstan Kassym-Jomart Tokaev. In the new position, Tokaev noted the importance of the settlement in Afghanistan during his meeting with the United States Secretary of State Mike Pompeo and at the regional level. It was emphasized that the IRA is a sustainable trade and economic partner of Kazakhstan.

The first time I met President Tokayev in Kabul was at the International Regional Conference “New Silk Road,” when he headed the Ministry of Foreign Affairs of Kazakhstan. Then he made a great lasting impression on me as a very educated, intellectual, cultured, pragmatic and realistic person.

The organizer of the Forum, American professor Frederick Starr, then noted that the presence of the Kazakh Minister of Foreign Affairs gave more weight to the Conference. He described Tokaev as a “very active political figure.”

As the Ambassador of Afghanistan to Kazakhstan, I met with Tokaev when he was Minister and then Chairman of the Senate at a number of international events. He showed himself exclusively as a high professional and leader. All meetings with his participation took place in an atmosphere of goodwill and mutual understanding.

I think that the Kazakhs are lucky that they have wise leaders leading them who can guide their nation through difficult times.

At the end of my mission as Ambassador, I moved to Germany. I am now a political scientist and a head of the Center for the Study of Afghanistan (Frankfurt am Main). I am actively engaged in research on issues related to the history of Afghanistan, Iran, Russia, the Caucasus and Central Asia (I translated 20 books on the recent history of Afghanistan from the Russian language into Dari, two books on Iran and two on the Central African Republic).

Living far away from the homeland, I continue to closely monitor the processes taking place in the Central Asian region, and the Afghan problem remains relevant. I believe that the potential of our neighbors in this region is not yet fully utilized in order to intensify integration processes, in which Afghanistan would become more involved.

I have high hopes that with the end of the political crisis of power in the IRA, the country’s leadership will take active measures to form a government and start intrastate negotiations with the armed opposition in Afghanistan.

This, in turn, will help pave the way to normalizing the situation in the country, primarily in the field of security. Problems in this area do not allow the country to develop the national economy. Implementing large transnational projects in particular has become quite difficult, as well as erecting important infrastructure, developing mineral resources, attracting foreign investment, and solving important social problems.

I am sure that the new government of Afghanistan will continue to develop mutually beneficial multilateral relations with a friendly and fraternal Kazakhstan, whose top politicians serve as an inspiring example of leadership concerned with the further development of the state and the promotion of a decent standard of life for its people.

The author is Arianfar Aziza, Former Ambassador Extraordinary and Plenipotentiary of the Islamic Republic of Afghanistan to Kazakhstan (2006-2009)

The article was originally published in the social account of Arianfar Aziza.