NUR-SULTAN – The youth movement of Kazakhstan’s Assembly of People launched a nationwide social campaign over the weekend to encourage people to comply with quarantine measures and wear masks, reported the assembly’s press service. 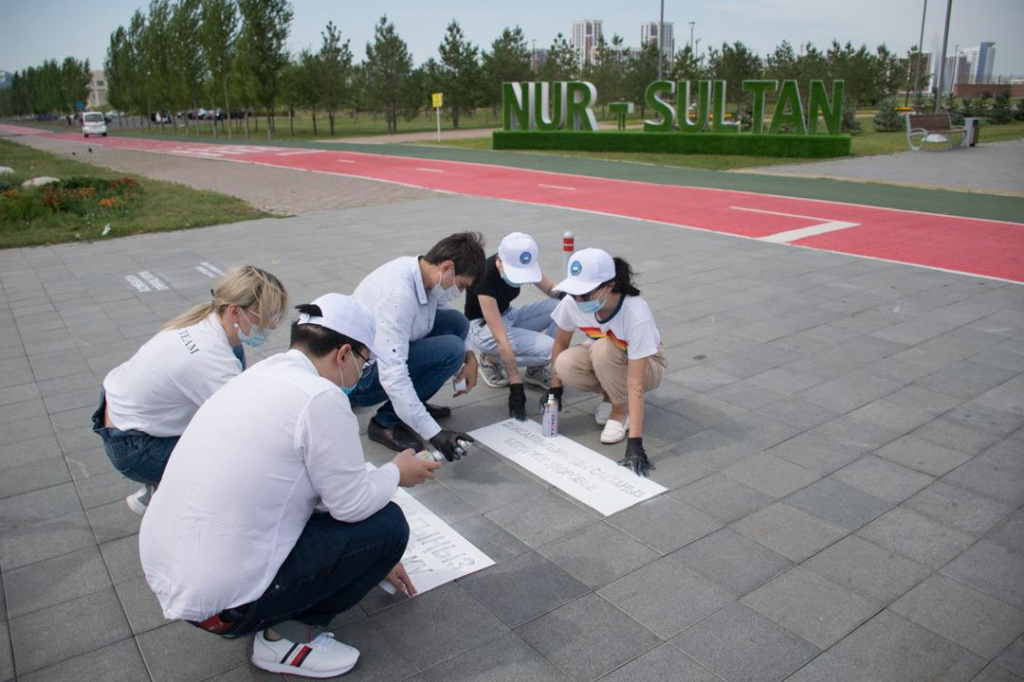 As part of the campaign rallied under the hashtag #MaskaTagynyz (#WearMask), the youth activists created graffiti on roads and house facades to spread awareness about the importance of preventive measures, including social distancing, frequent hand washing, wearing masks and gloves. 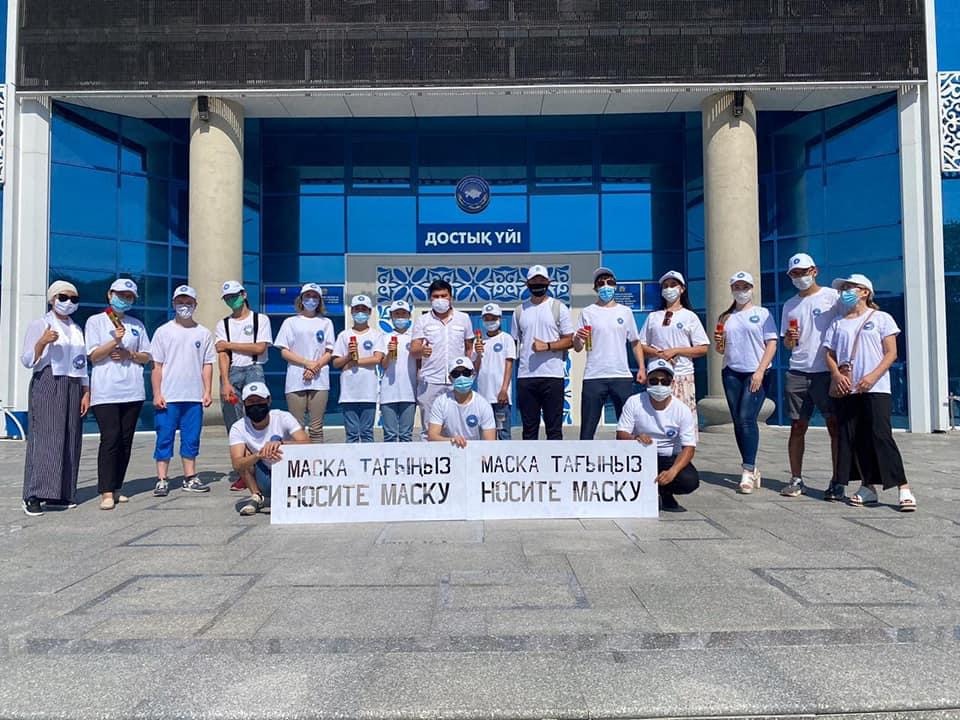 Despite official advice, many people can still be seen not wearing masks or wearing masks improperly, while multiple videos from family gatherings and weddings can still be found making their rounds on social media. Such behavior should be met with a disapproving attitude from the public.

The youth movement members will do their part to discourage bad behavior and will also volunteer their time to support socially vulnerable groups and help hospitals as the pandemic continues apace.