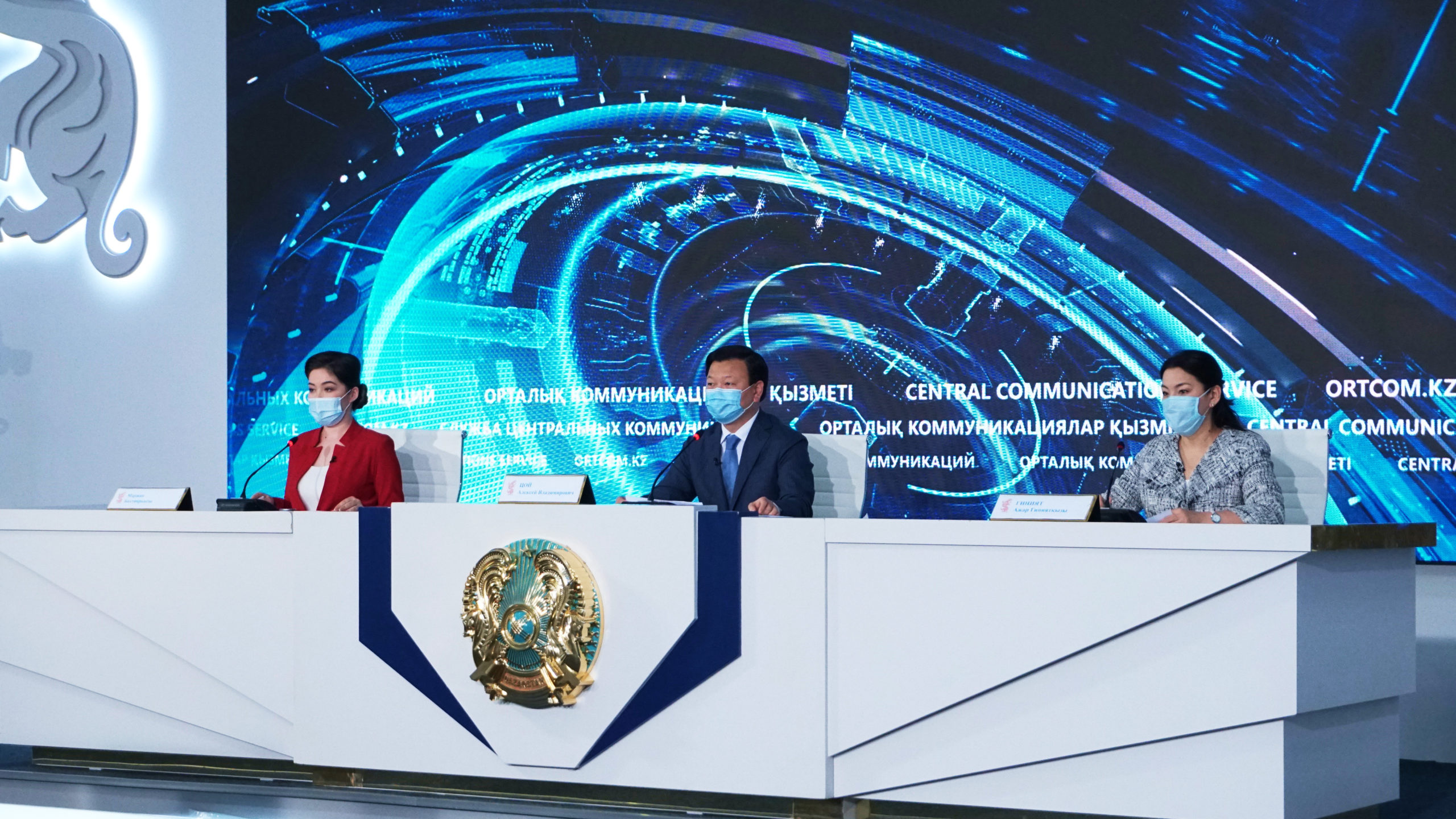 The officials said that the measures the country has taken to stop the outbreak are beginning to take effect. Kazakhstan is now in the midst of a one-month lockdown it declared to curb the spike in coronavirus cases in June.

“Due to our prompt measures, we were able to achieve positive results within two weeks. The daily increase in coronavirus cases went down from 4 percent to 2.1 percent. The number of patients who recovered from COVID-19 increased by 60 percent. Ambulance calls declined by 23 percent,” said Tsoy.

He also noted that the number of hospital beds increased from 30,400 to 49,700, while the occupancy of provisional beds declined by 20 percent and intensive care unit beds by 6 percent.

The nation reports around 1,600 to 1,700 cases daily, which, according to Tsoy, is a good indicator.

“It is difficult to predict the future, but we hope that the situation will stabilize. Our projections were more pessimistic, but the situation is still fluid. More importantly, we need to think about what comes next. We are preparing a plan on how to ease lockdown restriction, and what we will do to control the situation,” said the minister at a press briefing the same day.

“These indicators are a sign the situation is beginning to stabilize. While talking to our doctors in different regions, we can see that they are gradually returning to normalcy. The measures have become systemic. While it is obvious that the healthcare system will not be able to reboot immediately, we have clear positive changes,” he said.

Across Kazakhstan, 2,962 mobile teams are providing primary care to people at home, and the government plans to bring the number to 3,500 by the end of July and increase the number of call centers at polyclinics by 16 percent. The government reported that 1,493 mobile teams are working in rural areas to provide outpatient care, which should meet 94 percent of rural needs.

As the shortage of medical ventilators at hospitals became widespread, the government said it would buy an additional 4,183 ventilators in addition to the existing 1,958 across the country.

The healthcare ministry and akimats (city administration) were also tasked to supply oxygen ventilators to hospitals, which currently face a shortage of this vital equipment needed for COVID-19 patients in severe and critical condition, who cannot get enough oxygen into their blood by breathing normally.

The number of PCR tests reached 32,000 daily and will be increased to 35,600 by Aug. 1 and 64,000 by Sept. 1, as the ministry is working to expand the coverage and upgrade laboratories. Tsoy reported the shortage of PCR testing at 8,000 daily and suggested using veterinary laboratories to increase people’s access to testing, especially in rural areas.

Tsoy said that the quarantine measures are temporary, and once they end, people can return to their “normal life,” but hardly anyone can be sure if returning to normal can be an option in the near future.