NUR-SULTAN – The Kazakh film “Over Barriers” directed by Banu Ramazanova will compete at the 16th Kazan International Muslim Film Festival scheduled for early September. Ramazanova’s film has been shortlisted in the documentary feature category. 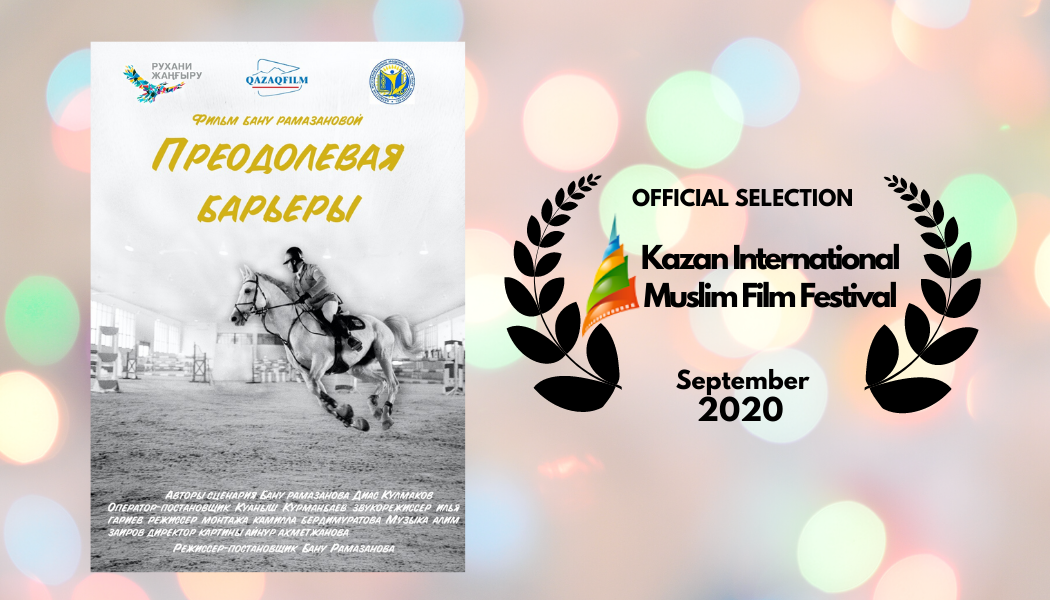 The organizers of the festival, which this year will be held in a closed format due to the pandemic, received 629 applications from 63 countries and only 52 were shortlisted, including 10 features in the documentary feature category. The winners will be announced in September at the festival’s official website.

The documentary filmed by Almaty-based Kazakhfilm studio follows the story of Absent, a thoroughbred Akhal-Teke stallion, a horse that became a legend in equestrian sports during the Soviet era. Horses have been a key part of the Kazakh nomadic lifestyle, where they served as a mode of transportation and food, but also as a mark of one’s rank and social status.

Absent was born at the Lugovsky stud farm near Dzhambul in southern Kazakhstan in 1952. The horse began to train in dressage in 1955 at the Almaty equestrian school.

For Ramazanova, the film “occupies a special place in her heart.”

“Thanks to the picture, which we worked on for almost a year, I met amazing people – the heroes in our movie. We saw everything that happened to them: how they selected the horse, how they worried when the horses got sick, how they prepared for the stages of the World Cup in Kazakhstan, which had not been held for more than four years, and how they rejoiced at their achievements,” she said.

It is also not the first international competition for Ramazanova, whose documentary has been listed in May in the main competition of the new Anatolia International Film Festival in Istanbul, Turkey. The Turkish festival nominated the documentary in three categories – best documentary, best original music and best director.

The film will also compete in August at the 7th International Documentary Film Festival in Ierapetra, Greece, and the Docs Without Borders Film Festival, one of the largest American documentary film festivals.