NUR-SULTAN – This year, the capital of Kazakhstan marks its 22 year anniversary. The Prime Minister’s office has compiled a short summary of the city’s impressive growth during this time period. During this time, tremendous work has been done on all fronts, reported the press service of the Prime Minister. 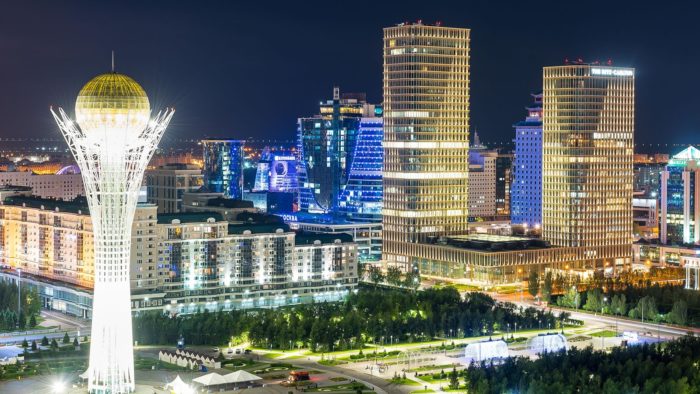 Today, the country’s administrative and business center is concentrated in Nur-Sultan where large-scale economic, scientific, technical and social reforms are being carried out and bold national projects are being tested. Tens of thousands of jobs are being created as Kazakhstan’s new shining city on the steppe continues to modernize and develop. From 1998 to 2019, the volume of investments that the capital drew to it multiplied an inspiring 47 times over.

In the history of the newly independent Kazakhstan, Nur-Sultan and the name of the First President of the Republic of Kazakhstan, Nursultan Nazarbayev, became inextricably linked. Nazarbayev was the one who made the historic decision to transfer the capital to the center of the country. The role of Nazarbayev in the formation and development of the city as the capital of the fledgling state is difficult to overestimate. In record time, for two decades, on the banks of the river Yesil a new city was built who’s name today is known throughout the world. This decision was not an easy one – the First President of Kazakhstan repeatedly emphasized this difficult moment in his memoirs. For four years, until the implementation of the project to move the capital, he had to defend his position amid a backdrop of a socio-economic crisis and a lack of budgetary funds within the country.This project was perceived by many as a costly luxury that could complicate an already difficult situation within the republic.

Nazarbayev had to overcome the intransigence of a certain chunk of the country’s political elite. But the president convinced his opponents that “the fixed costs of transferring the capital were only the costs of moving. Everything else is capital investment, all of it simply an investment in the future.” 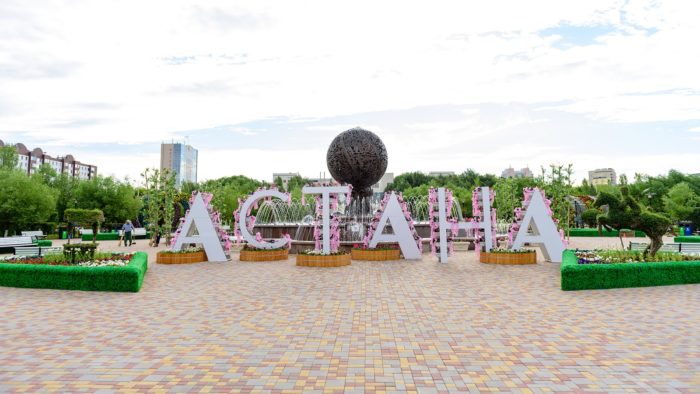 The square in the old part of the city before renaming the capital. Photo credit: Primeminister.kz.

Since 1997, the rapid development of the former regional center begins: the population of the city is growing rapidly, rapid construction is constantly underway.

But even the name of the city did not immediately appear. In his book “In the Heart of Eurasia,” Nazarbayev wrote in detail about the naming process: “To tell the truth, I thought tirelessly about the issue of renaming the capital. And one day … One night, or rather two o’clock in the morning, it seemed to dawn on me – Astana (Capital)! The capital is the capital! It sounds very beautiful in Kazakh. Catchy, bright, sonorous. It sounds the same in Russian and English.”

On May 6, 1998, a Presidential Decree was signed to rename the capital from Akmola to Astana. And on May 20, 1998, the Law of Kazakhstan “On the status of the capital of Kazakhstan” was adopted.

And soon, on June 10, on the day of the international unveiling, Astana appeared before the world community in all its glory.

The city becomes more beautiful and developed every day. Its appearance is rapidly changing, with high-rise skyscrapers and open squares and parks appearing as plans continue developing. At the same time, a bold initiative titled as the Green Belt of the City – a unique man-made forest planted in the steppe is beginning to flower.

The idea of ​​building the most popular buildings such as Baiterek Tower (A tree of Life), Khan Shatyr Shopping Mall, the Astana Opera House and the Khazret Sultan Mosque was put forward by Nazarbayev himself. This was all done with the intention of making the capital the center of Eurasia, where international collegial meetings can be held and historical decisions made. The historic OSCE summit was held here, in which 56 states took part, and the capital provides a forum for congresses of leaders of world and traditional religions on an ongoing basis at the Astana Economic Forum. All this is the result of the authority and limitless work of Nazarbayev and his support of the international integration and globalization agenda.

It is worth noting that all regions and cities of Kazakhstan took part in the construction of the capital, which strengthened the cohesion of the multinational people living in the country and strengthened the public confidence in a brighter future.

Today, 11 percent of the country’s gross domestic product is produced in the capital, which also provides 10 percent of all investments in the country’s economy, that is, the capital has become a competitive industrial center, where the country’s large enterprises are concentrated. Thus, new jobs have been created for the people willing to move to the capital and the service sector is developing quickly in lockstep as well. In addition, the investment attractiveness of the capital has made a significant contribution to the growth of the economy of Kazakhstan.

In addition, the capital of Kazakhstan has become a platform for peace talks on Syria. Astan became a meeting place for important negotiations, which facilitated talks for all participants in the Syrian process. This is a convincing demonstration of high authority and trust in the country’s leader.

In 2017, the International Specialized Exhibition EXPO 2017 was held, which gave a boost to the city economy and for the economies of the regions of Kazakhstan.