MOSCOW – Like many great writers, Abai Kunanbayev was remarkably modest about his literary works and their usefulness for mankind. Here is what he wrote in his “Words of Wisdom” – a collection of moralistic essays on life, wisdom and Kazakh nation:

“Finally, I took that decision: I will be entertaining myself with paper and ink, I will write everything that comes to my mind. If one day someone finds here a word that he needs, let him write this word down and put it to practice. And if no one needs my words, let them just stay words.” 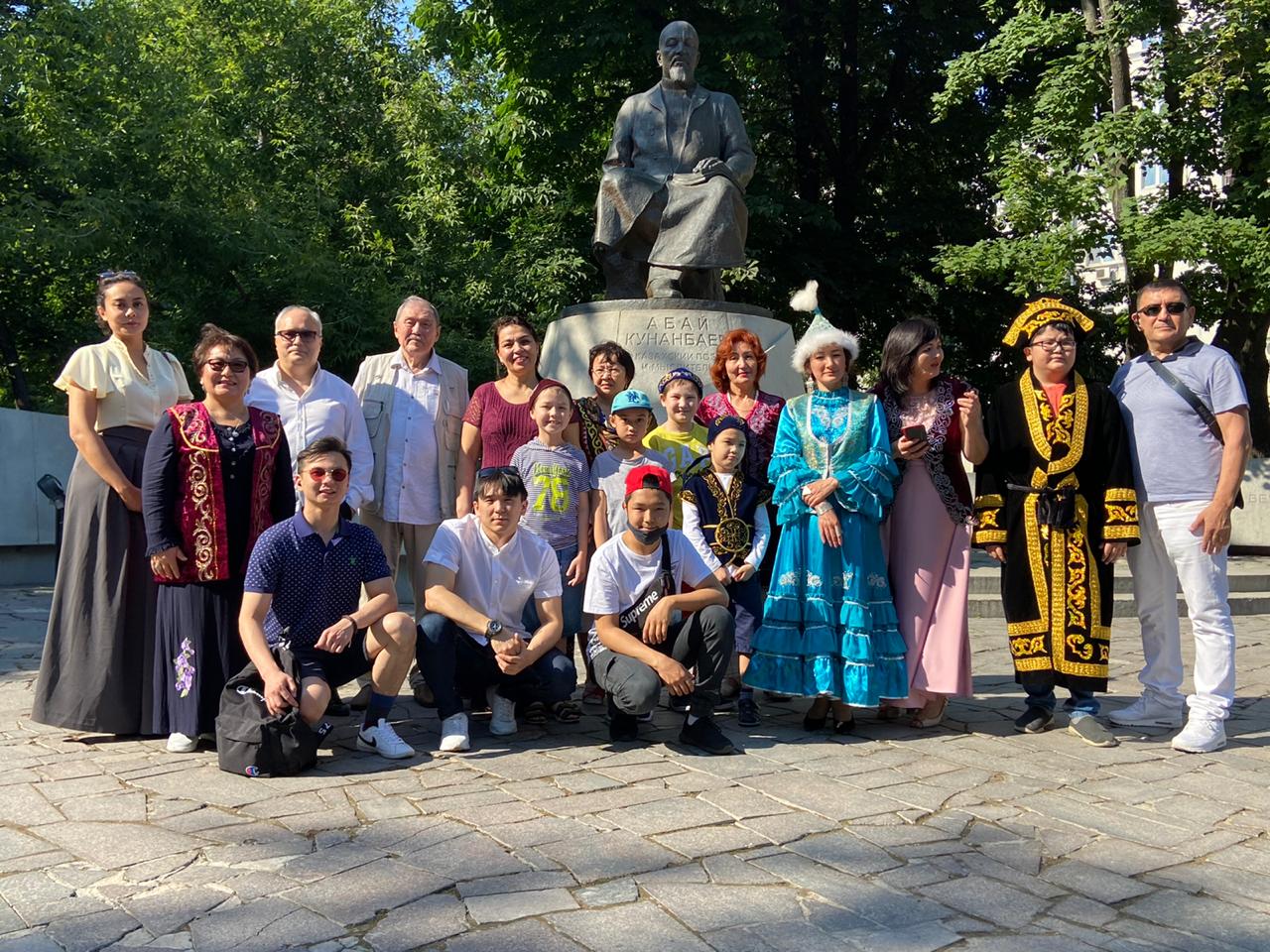 Participants of the Abai Readings event gathered at Chistye Prudy in central Moscow.

Of course, the great Bard of the Steppes, that Abai Kunanbayev is now renowned to be, found not one person, but millions of people willing to read his works and put his words to practice. Abai’s poems and prose works are now published in more than five million copies. Abai himself was justly described recently as the “pioneer of Kazakhstan’s written literature” by Argumenty i fakty, Russia’s most popular newspaper, which itself became included in Guinness Book of Records in 1990 when its print circulation reached 20 million copies daily.

But the Poet himself knew how important the original form of perceiving poetry was. A talented musician himself, Abai Kunanbayev wrote songs and put his poems to music – so that his word would be not just read, but heard, sung and recited.  And – finally – memorized, being thus preserved in the most honorable ancient way, as Homer’s Odyssey, which was put to writing centuries after its original composition by Homer in the seventh century B.C.

Abai wanted his works to be heard and passed from mouth to mouth.

And this is exactly what was done during “Abai’s Readings” – a big cultural event next to Kazakhstan’s embassy in Moscow, which kickstarted the festivities devoted to Abai’s 175th birthday.

People were encouraged to come and perform Abai’s songs next to his monument on Chistye Prudy – a picturesque green area in central Moscow, where Kazakhstan’s embassy is located. The event’s organizers were the Moscow House of Nationalities (an NGO uniting various ethnic communities living in Moscow) and the Kazakh National-Cultural Autonomy in Russia. Because of the danger of the coronavirus infection, it was decided to make it an open-air event.

“People responded to our call enthusiastically, even though the format of the event was so unusual – in a green park, next to a monument,” says Gulnara Isakova, the event’s main organizer on behalf of the Moscow House of Nationalities. “Everything happened spontaneously. In the middle of the action, we were approached by a married couple who asked to be allowed to recite the poems too. Soon we were pleased to learn that the young people were from Dzhambul, an old Kazakh city. They congratulated us on the writer’s holiday and we gave them baursaks – the traditional pastry. Later on, our Facebook video with poems and songs recited and performed next to Abai’s monument became a hit on Facebook.”

It should be noted that this event is just one of 500 hundred events planned inside and outside Kazakhstan for Abai’s birthday, still due to come in August this year. Some of the events will be serious and scientific (a graduate student of Moscow State University’s philological department Gulzhanat Kandiyeva will present her new research on Abai’s heritage). But the most loved ones will be like this one – in the open air, with dombras and songs (Abai composed 36 of them).