NUR-SULTAN – The New York Times ran a human interest piece about an unsuspecting new star out of Kazakhstan with a hit remix that, strictly legally speaking, should have never even been made. 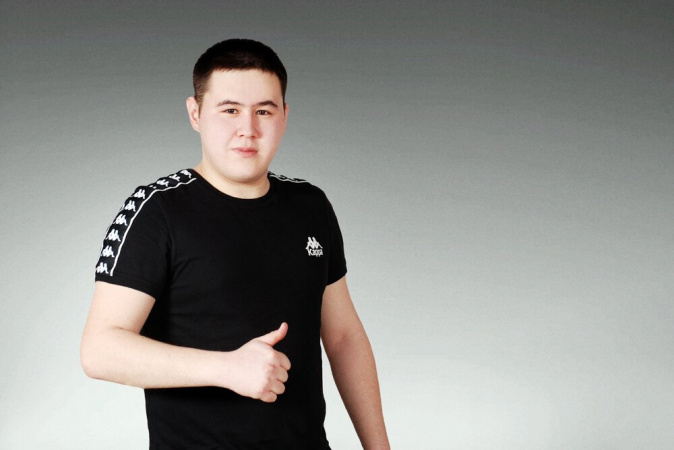 Imanbek Zeikenov’s story evokes a reaction that is a curious mix – equal parts head-scratching and trend-setting. What are the reasons for this 19-year-old’s flash in the pan runaway success? Are we even supposed to encourage him and other inspiring artists like him? Has the young Kazakh DJ inadvertently trail-blazed a new youth trend for himself and his generation?

“Imanbek Zeikenov is 19 years old and lives with his parents in the small village of Aksu in Kazakhstan. He studied railway engineering at school, and until last December, held a day job at his local train station. But everything changed in the summer of 2019 when he discovered a song called “Roses” by the Guyanese-American rapper and singer Saint Jhn.

On the raw, sinewy “Roses,” which had already been commercially available for three years, Saint Jhn sings (explicitly) about a night on the prowl. Imanbek, who records under his first name and had a number of amateur remixes under his belt, resolved to iron out some of the track’s inefficiencies. His take pitches up Jhn’s voice into a manic squeal; he added a thick, rubbery bassline and a snare drum rattling in the distance.

Imanbek posted his remix to Russian social media without giving it a second thought. He returned a few months later, surprised to learn he was a pop star.”

One thing is for sure, Imanbek’s strange success story could only have come about in the internet era, with an entire cohort of youth growing up online and switching to alternative means of seeking creative expression. The free flow of information and a culture of improvisation has come to define the new generation of creative Zoomers.

“I made an illegal remix,” Imanbek said through a translator over a Zoom call. He was sitting in his newly purchased car and wearing a red-and-white Kappa top. “I didn’t know how to promote it, because I didn’t know how to clear it. So I just put it online and let it go. A few months later, it blew up the whole world.”

According to the NYT, four years onwards from the release of “Roses,” Imanbek’s remix has become an international one-hit-wonder. The song sits at the No. 5 slot on the U.S. Billboard Hot 100 and reached the No. 1 slot on the United Kingdom’s charts. In a surprise development, Imanbek has become an official, sanctioned artist. He signed on with a Russian label last year and then signed a deal with the artist of the original track, Saint Jhn, to officially release the accidental collaboration as a single.

Imanbek has truly landed on a once-in-a-lifetime opportunity. He’s taken time to take stock of his current situation:  “I understand where I am now, that my success is truly global,” he said. “Now, I need to prove that I’m not a one-hit-wonder.”