By Aidana Yergaliyeva in Kazakhstan Region Profiles: A Deep Dive Into the Heart of Central Asia, Tourism on 4 June 2020

Similar to many countries, Kazakhstan has started summer by removing and easing restrictions on internal tourism. In this regard, the Turkestan Akimat (city administration) has plans to generate greater interest to the city by cultivating its tour agenda with entertaining shows featuring hunting with golden eagles, traditional games with horses, a safari tour to the Sauran medieval settlement among other activities. The Turkestan Akim (Mayor) Rashid Ayupov announced the new attraction on June 1st during a regional akimat meeting. 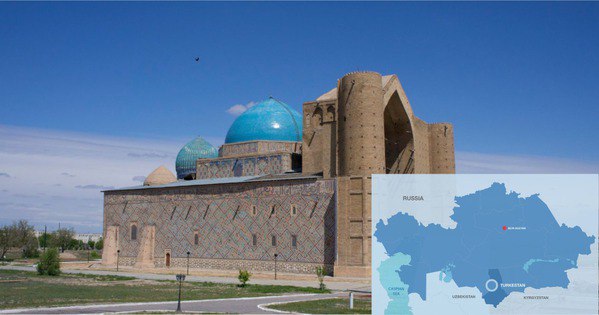 Khoja Ahmad Yasawi was a Turkic poet and Sufi, an early mystic who has a vast influence on the development of Sufi orders throughout the Turkic-speaking world. Photo credit: turkestantour.kz. Click on the picture to see the full image of the map.

The golden eagle show should be one of  the headliners, because hunting with golden eagles is an ancient tradition dating back to Andronov’s period in the Bronze Age of the 16-14th centuries BC. Hereditary hunters, called berkutchi or kuzbegi, learn the skill of training the majestic eagles from childhood and have been passing the tradition down over generations. Some evidence of the culture can still be found in the petroglyphs (cave paintings) found on the territory of modern Mongolia.

A guided tour to Sauran located, which is located 45 kilometers north-west of Turkestan will drop tourists right into the history of the Middle Ages and the Kazakh Khanate. Once a major cultural, trade and craft center, today its ruins are of incredible historical and cultural importance for Kazakhstan and Central Asia. Its 2.36 kilometer long six-meter high fortress wall has protected the surrounding settlement from invaders for centuries. 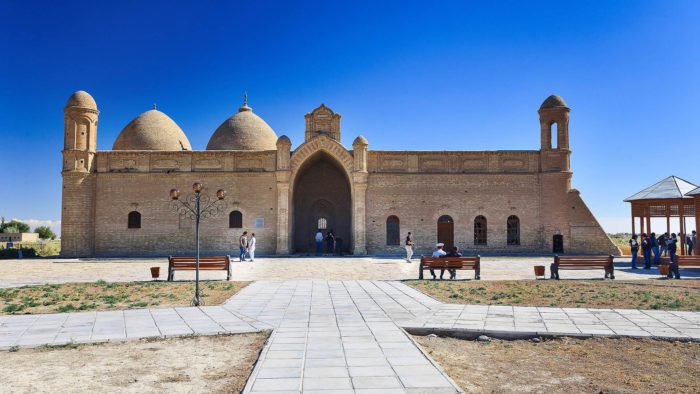 The Arystan Bab mausoleum was erected over the grave of a famous religious mystic Arystan Bab, who lived in 12th century. Photo credit: turkestantour.kz.

“The Sauran Archaeological Site turned out to be the hidden treasure of our trip to Kazakhstan. It is regarded as the best surviving medieval fort in the country and it is extremely photogenic. We were entranced by the mud-brick fortress walls, the blue skies and the palpable sense of history,” Raymond W, a Tripadvisor reviewer who travelled to Sauran November 2019.

According to the akim, the tourists will also witness an evening procession consisting of a camel caravan and enjoy dinners accompanied by the shamanic vibes of a kobyz, which is an ancient Kazakh string instrument. Tourists will be treated to hot tandoor nan (Central Asian fermented bread) with saumal (fresh mare’s milk).

Turkestan was the capital of the Kazakh Khanate during the 16th-18th centuries. Today Turkestan is a place for pilgrimage tourism with its numerous, grand, and beautifully constructed tombs to powerful Sufi influencers and rulers. To name a few, the most visited are the mausoleum of Khoja Akhmet Yassawi, Arystanbab and Rabia Sultan Begim, among others. 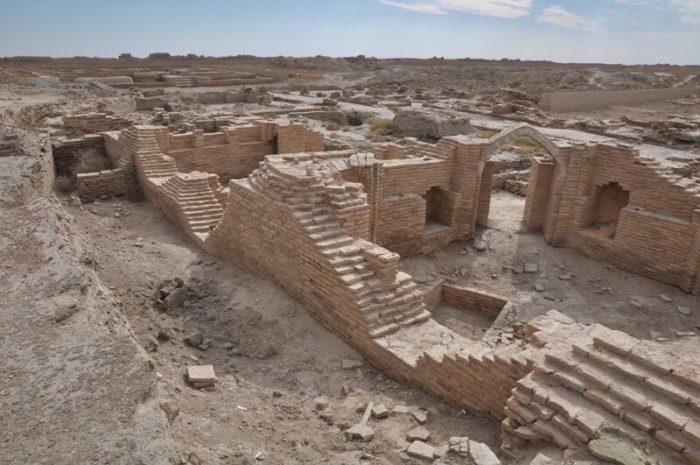 As a regional center, Turkestan has received large amounts of funding to develop its social-economic state along the lines of the 2024 plan. The city has been having large construction works carried out all around the city, reminiscent of the construction pace that the Kazakh capital went through from small town to a large megapolis in just over 20 years.

“The place around the Khoja Akhemt Yassawi Mausoleum was beautifully renovated. However, since it only recently became the regional center, there are a lot of signs of ongoing construction everywhere that you go,” said Nardana Bazbek, an internal tourist who travelled to Turkestan shortly before the quarantine.