By Aidana Yergaliyeva in Society on 2 June 2020

Bolashak Corporate Foundation Chairperson and life coach Dinara Chaizhunussova published “Super Kyz (Super Girl),” a children’s book engineered to empower girls aged six to 14 with 50 stories of prominent Kazakh women achieving fulfillment and success in the traditionally male-dominated fields of science, politics, and sports among others fields.  The book also teaches children about emotional intelligence through the character analysis of these 50 women.

“The main idea of the book is that girls and women can master anything. That despite all odds, they can set a goal and achieve it, as all of these examples prove,” Chaizhunussova told The Astana Times in an exclusive interview.

The book is available in Kazakh and Russian and the author also has plans to translate it into English. People can find “Super Kyz” in the Meloman bookstore chain in Almaty or they can order it online. The chain will distribute the book in all its regional bookstores in June. 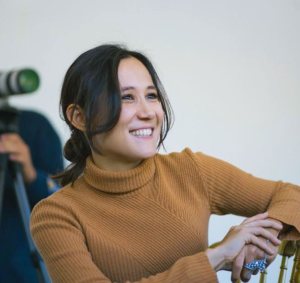 “When Vadim Golenko, Meloman general director, saw the book for the first time he heaped praise on it and he told me ‘Dinara, this is just a wow! It is as bright as fire. It is written simply and has vivid illustrations. I like it very very much!’ He literally said that this is the first national book that is both bright and easy to read,” the author said.Foreign pop culture heavily influences young girls today in every aspect of their lives. Being a mother to three girls, Chaizhunussova felt the need to write this book for all Kazakh girls to show them that there are many great women in their history as well.

“Now I am very pleased that my middle girl, who is into football, says ‘I want to be like Mariya Yalova!’ That means she knows that there is a Kazakh woman who is a member of the women’s football federation,” she said.

Not many people, for example, know about the first Kazakh journalist Nazipa Kulzhanova who lived during the pre-war period and contributed to positively changing the attitude within her country to the idea of educating women and dedicated herself to enlightening an entire generation of her female compatriots. 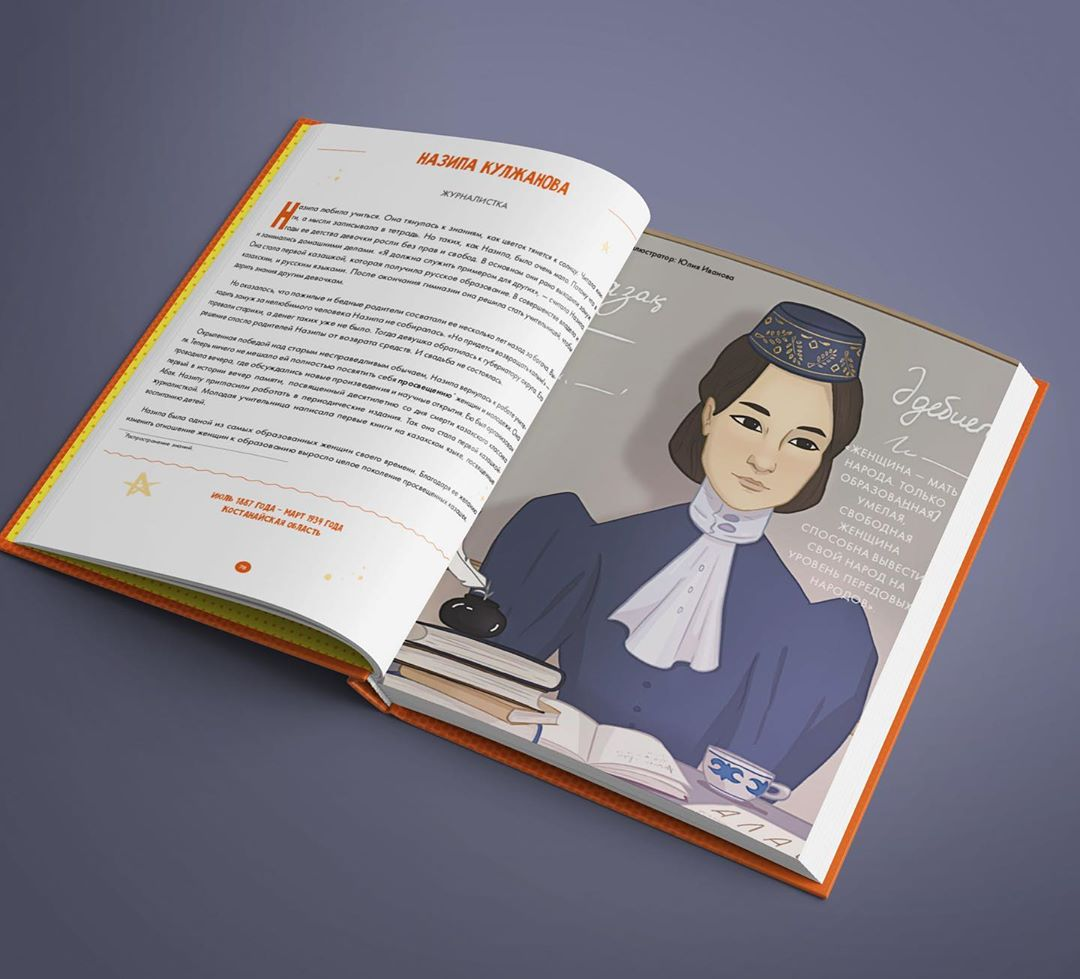 “Nazipa loved to study. She was drawn to knowledge like a flower reaches towards the sun. She read books, and wrote down her thoughts in a notebook. But there were very few like Nazipa. Because in the years of her childhood, girls grew up without rights and freedoms. Mostly they got married early and did household chores,” the beginning of the excerpt about Kulzhanova reads.

“Super Kyz,” however, is not only a collection of feminist stories for the youth. It also has a section dedicated to training emotional intelligence (so-called EQ) skills in young girls. This is especially important for children raised in Kazakh households who are forced to suppress their emotions, the author said.

“It is very important to understand what it is that you are feeling. There is a special section that teaches children to analyze what kind of emotion the heroine is experiencing at a given point in the story. The book points out that even in moments of fear, anger and rage a person can control herself/himself. And it has questions from coaches that help girls set their goal and come up with strategies to achieve them,” she said.