By Aidana Yergaliyeva in Society on 28 June 2020

NUR-SULTAN – Popular Kazakh singer Dimash Kudaibergen sang “Thousands of Miles, a Common Dream” in perfect Chinese on the pilot episode of the “Classical Wings Project” a who that began airing on June 25th on the China Central Television 1 (CCTV 1) state channel. 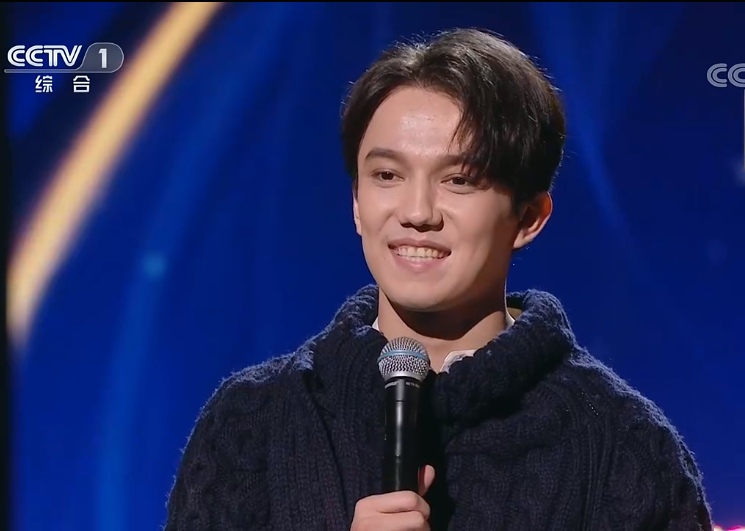 A screenshot from the performance of Dimash Kudaibergen on CCTV 1.

According to Kudaibergen’s Eurasian Fan Club on vk.com, the show is dedicated to the medical workers of the Wuhan Union Hospital (previously known as the Hankow Union).

The show is also part of the Dragon Boat Festival, a traditional Chinese holiday. The holiday’s alternative name is the Double Fifth Festival, because it is on the fifth day of the fifth month according to the lunar calendar, which puts it on June 25 this year according to the Gregorian calendar.

Kudaibergen spiced up the Chinese song with a dombra (Kazakh national string instrument) accompaniment, which gave it an authentic Kazakh sound as well. A woman in a traditional Kazakh costume gracefully played the dombra, while Kudaibergen was busy astonishing the crowd with his impressive vocal range.

The song is a poem written by a well-known Chinese poet Zhang Jiuling of the Tang Dynasty. According to the Chinese Dears (the term for fans of Kudaibergen), the performance and the poem transcends distance and language.

“It takes not only vocal skills but also wisdom and depth to understand the meaning of the poetry which should have been a challenge for someone like Dimash who speaks and understands very little Chinese. This is proof that he is indeed a musical prodigy who constantly challenges himself to break boundaries and to scale greater heights,” said Carrie Chond in a youtube comment.

On the same day, the Kazakh Dears were excited about a mural with an almost finished portrait of Kudaibergen in Almaty. The mural decorated a house at the intersection of Seifullin and Kabanbai batyr streets. 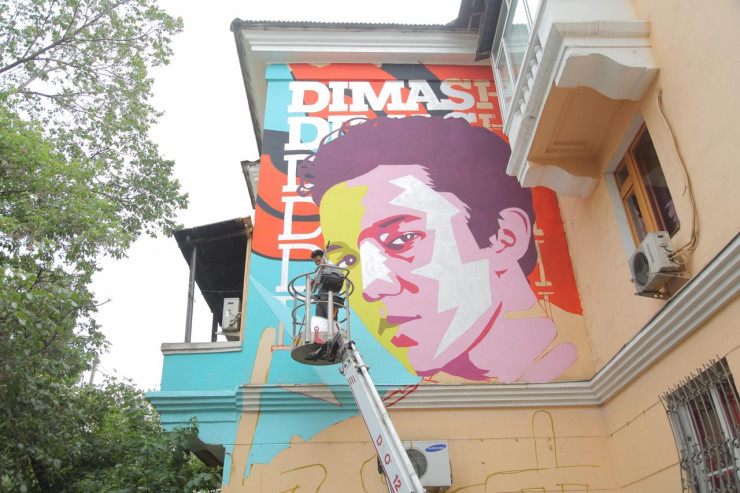 According to mural’s author and young graffiti illustrator Batyr Sadvakassov, he supported the request from the Dears and stressed that “this is not an [commercial] order, I do it out of love for art.”

Sadvakassov wanted to draw a mural long ago, but could not find the right photo reference, he told tengrinews.kz.

“I was looking for a photo so that two contrasting colors fit together on the face. For example, green and pink, two incompatible colors that create contrast, but you could still see the face. I paint with facade emulsion and aerosol. I want to make it beautiful,” he said.