By Zhanna Shayakhmetova  in Tourism on 14 June 2020

Summer is the best time to enjoy hiking and to discover new spots outside the city. This year, domestic tourism will experience a boom since pandemic measures have shut down international tourism. 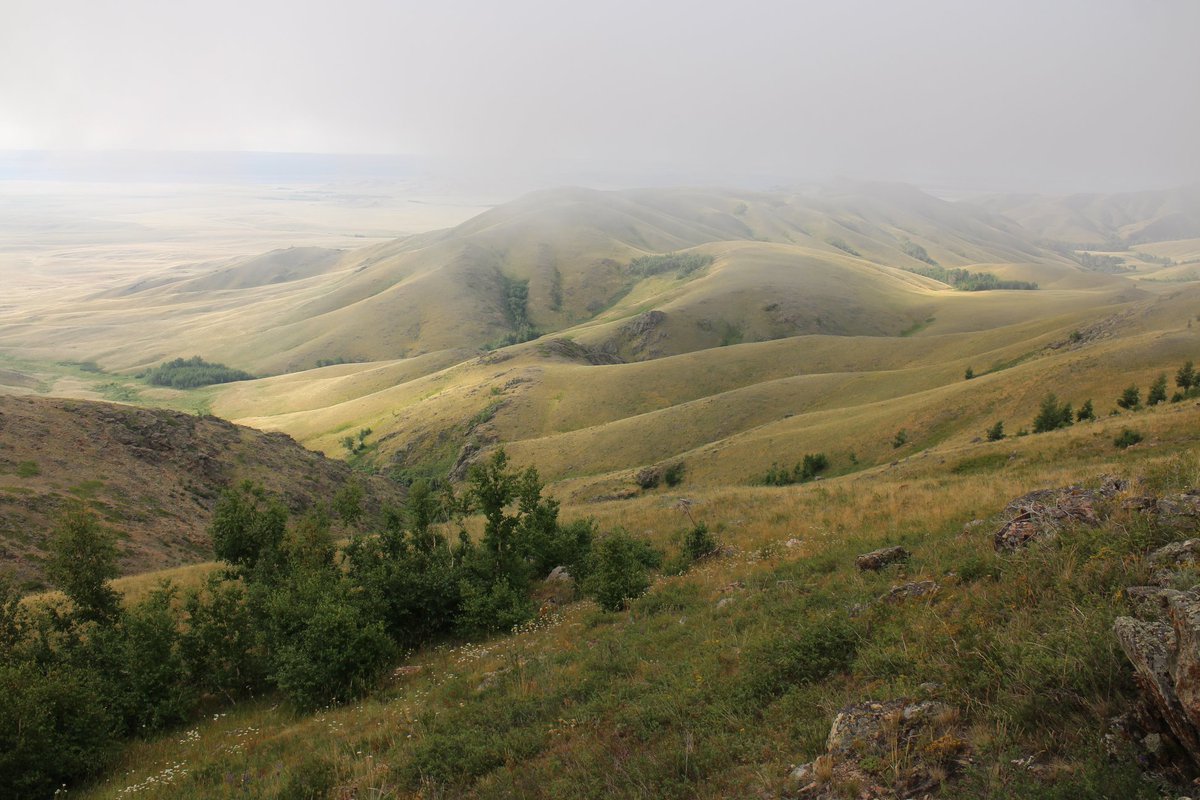 Head of Aktivnye Toury (Active Tours) KZ company Galiya Mensiitova believes that it is important to focus on the history of the area while promoting local destinations. While living in the U.K. Mensiitova became interested in weekend tours and multi-day walking options. She decided to travel around her own country of Kazakhstan to map out potential tourist destinations. In 2015, she decided to open her own travel company.

“When we developed our hiking routes, we always tried to focus on incorporating history, perhaps because history is both our passion and profession,” she said.

Mensiitova shared three tours during the weekend that will inspire people to travel more around the country.

A tour to Korgalzhyn

The Korgalzhyn Nature Reserve is one of the most popular one-day tours from the Kazakh capital. The tour lasts 12-13 hours. 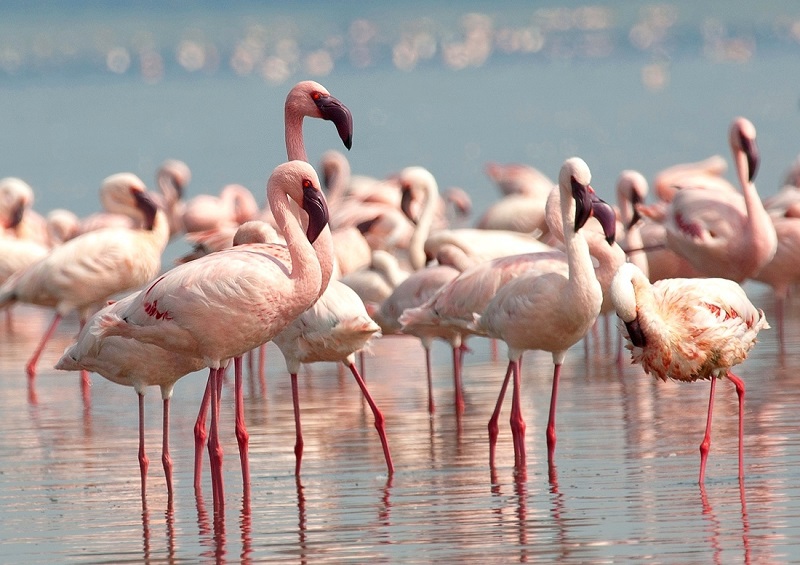 The best time to see pink flamingos in Korgalzhyn is in the middle and the end of May. Photo credit: Kazakhstan.Travel.

“We watch birds and learn about the birds in the nature reserves. In May, people can see pink flamingos and pink pelicans. The steppe is beautiful in its own way. You can see endless roads that go beyond the horizon, feel the silence of the steppe, the singing of birds and the rustle of grass. You feel so united with nature and the world as a whole,” said Mensiitova.

The Tengiz-Korgalzhyn lake system in Korgalzhyn has been included in the Ramsar Convention List of Wetlands of International Importance since 1976. Lake Tengiz is the only lake in the country on the Living Lakes international network, which unites the world’s unique lakes.

According to UNESCO, Korgalzhyn Biosphere Reserve is a natural complex of fresh and saline waters with coastal territories, which serve as an important wetland site for migratory water birds.

“The potential fodder reserves of only one Tengiz Lake are able to provide food for 15 million birds. The most northern nesting population of flamingo is located here; and its population in some years may reach 50,000-60,000 birds. For this reason, in 1974, the Tengiz-Korgalzhyn lakes (part of the Biosphere Reserve) were included in the Ramsar list of internationally important wetlands,” since its release.

Mensiitova admits that her initial visit to Korgalzhyn Reserve changed her. “I hope that this will happen to everyone. We spend our time on absolutely unnecessary things but the power of nature is unique. It gives you more than you expect,” she added.

Created in 2011, the Buyratau National Nature Park is located 130 kilometers from Nur-Sultan.

Buyratau National Park lies in a zone of dry steppes, grasslands, and forests, according to Kazakhstan Travel website.

“Buyratau Park is a specially protected natural area of Kazakhstan, due to its importance for the conservation of biological diversity and its use in scientific, educational, tourist and historical activities. Buyratau National Park has diverse flora and fauna, as well as some fascinating historical objects. The main goal of the reserve is to preserve a unique heritage for future generations,” reads the article. 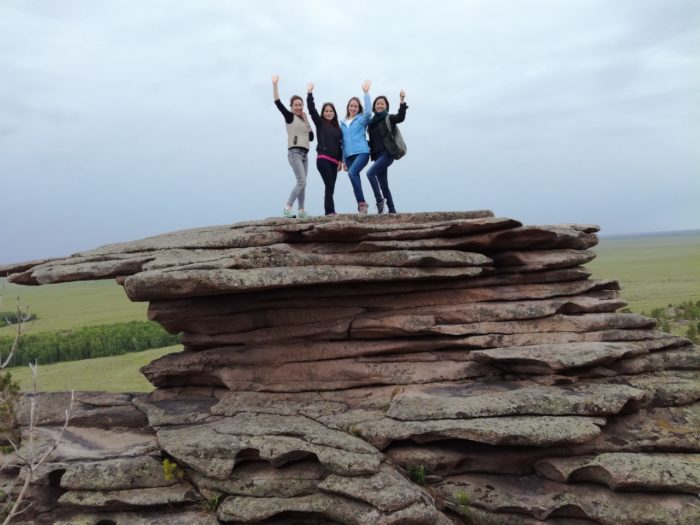 Active Tours company offers a one-day trip consisting of two parts. The first part is a visit to an open-air museum.

“The historical part is an amazing one. People can visit the sacred valley where our ancestors were buried since the Bronze Age and archaeological excavations continue there. There are 15 stone statues preserved called stone balbals, that are nomadic ancestral monuments. They date back to the 5th-9th centuries. The staff of the park developed and launched the special routes for visitors,” she said. 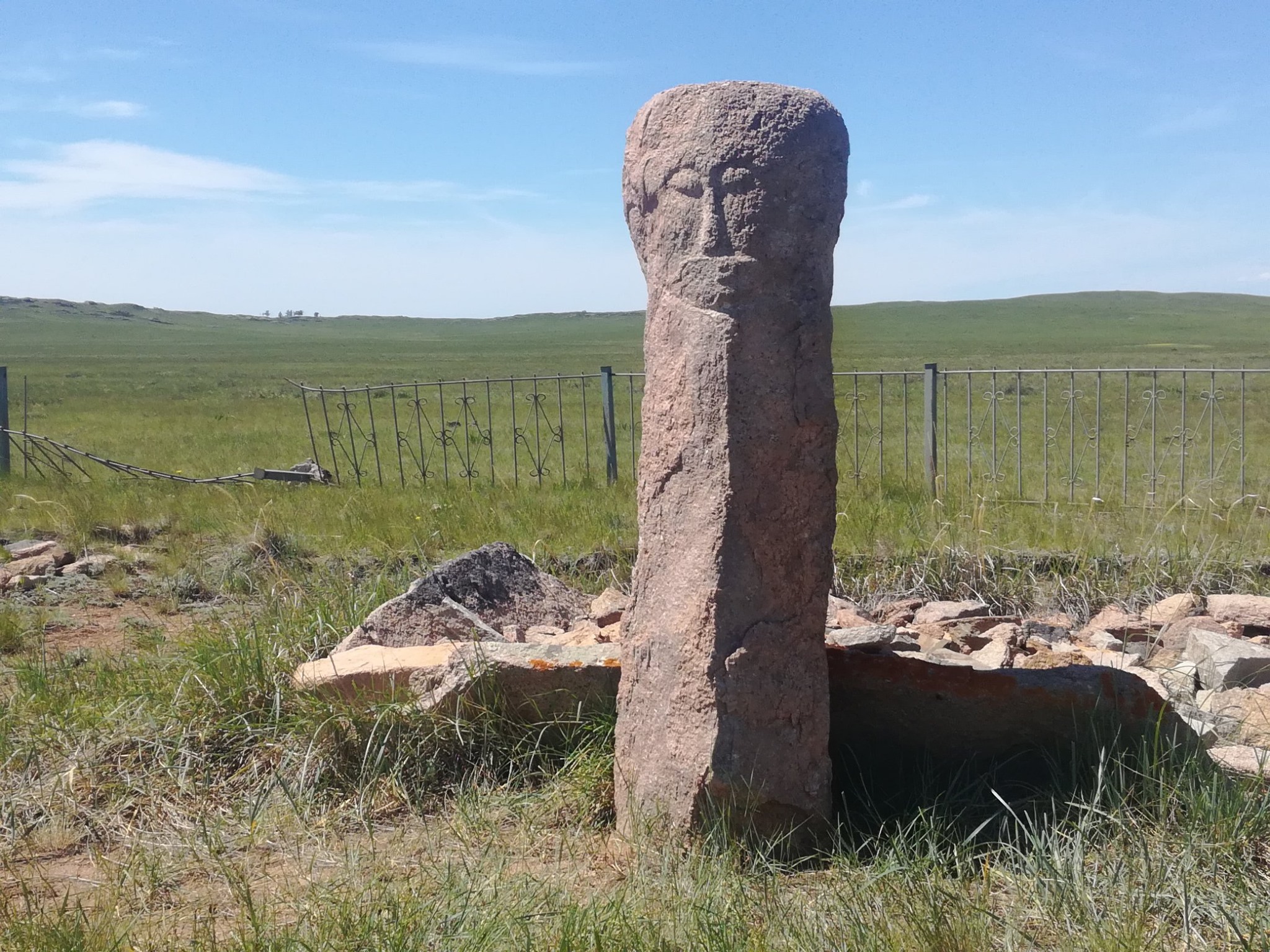 The Saka burial mounds, monuments from the early Silver Age, are also located there. The guide tells how people lived during this period and why they followed this burial ritual.

“As a historian and archaeologist, I think it’s important to know the history of your country. This trip is an opportunity to see unique historical monuments and learn more about history,” she said.

Mensiitova is glad that people are also enjoying the walking part of the tour. The road goes up to the Falcon Mountains. There, there is a river, lakes and forests. Once tourists arrive, there is a yurt (a traditional dwelling of nomads) in the gorge so that people can learn more about nomadic dwelling and traditions. For foreign visitors, the company offers lunch cooked in a popular national style. An added bonus of seeing a hunt with a golden eagle is also on the table for tourists who are interested.

A Trip Back Into History

Excavation tours are becoming more and more popular among those interested in unusual adventures. Mensiitova’s company is the only tour operator who offers a tour to the pyramids of the Bronze Age in the Karaganda region. The Egyptian-style Begazin pyramid is of the same age as the pyramid of the pharaoh Djoser. 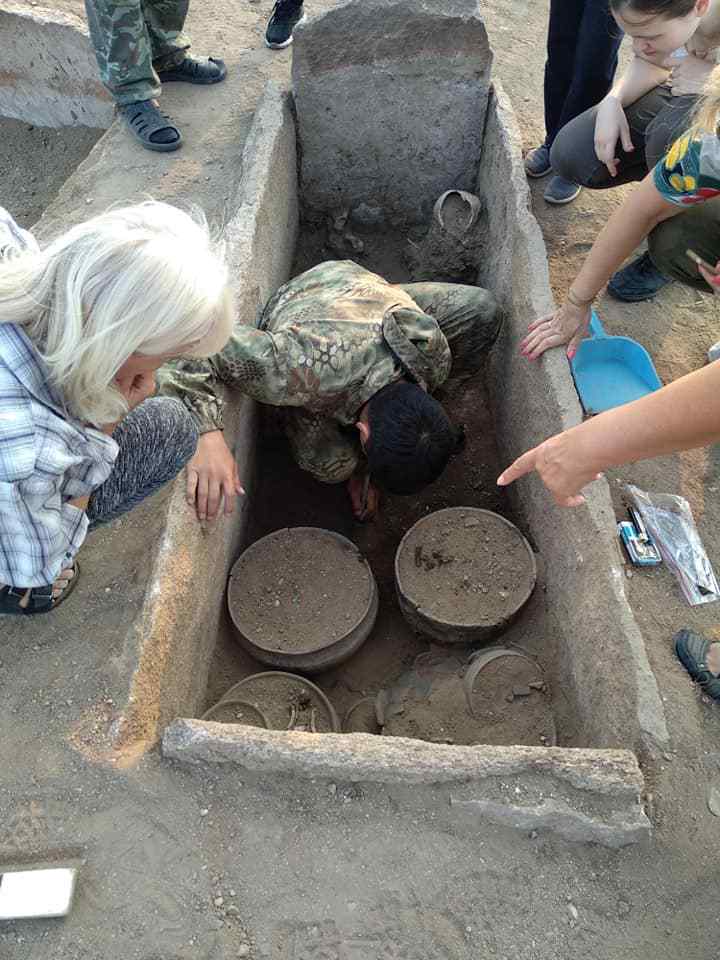 Mensiitova developed this route with a professor of historical sciences, Igor Kukushkin, who discovered this pyramid in 2015.

“This was a real sensation in the scientific world. As soon as I found out about it, I immediately got the idea – let’s take tourists to the excavation site. Archaeological excavations are being carried out throughout the country, but tourists cannot go there. But now people will be able to see the archaeological expedition,” she said.

“Kazakhstan can feature more than 100 travel spots for interested tourists now. According to experts, measures taken by the government to improve the tourism environment will bring positive results for the domestic tourism business cluster. It is important to take the right steps in this direction,” said Mensiitova.