By Zhanna Shayakhemtova in Nation on 28 June 2020 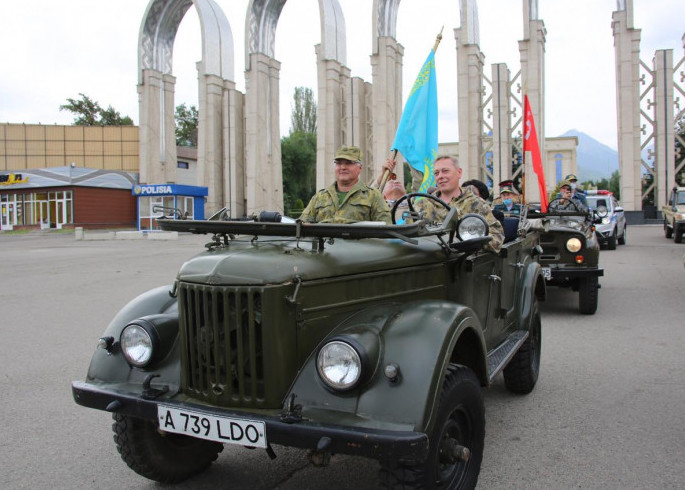 This year, the celebratory events to mark the Defender of Fatherland Day and 75th Anniversary of World War II Victory were postponed from their usual date in May due to the outbreak of Coronavirus across the country.

The annual military parade of the Russian Armed Forces on Moscow’s Red Square, which is held May 9th also took place on June 24th. Some 55 servicemen of military units of the air assault troops represented Kazakhstan at Russia’s parade.

The scarlet flag of the 316th Rifle Division was also part of the parade. General Ivan Panfilov headed the military division consisting of people from the Almaty, Nadezhdinsky and Sofiskaya stanitsas (villages near Almaty) and the Kyrgyz 1077 rifle regiment. The soldiers from the 316th Rifle Division were renamed as Panfilov’s Twenty-Eight Guardsmen, which entered the annals of military legend as the unit that drove the German war machine to a standstill in 1941 and single-handedly stopped an enemy attack on the Dubosekovo railway station. 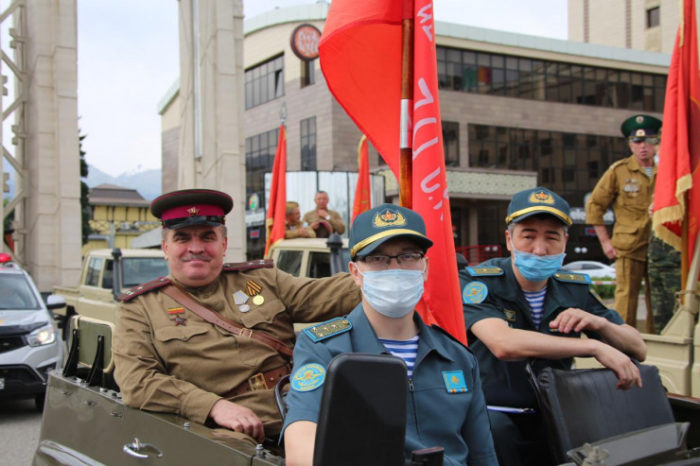 “The participation of the Kazakh people in war was highly appreciated by the government and the people. Now the flags of the military units that were formed in Almaty were brought back from the Central Museum of Moscow to their native land,” said Polkovnik (Colonel) and Chairman of the Almaty Council of Veterans of the Armed Forces Mels Shampiyev.

The campaign to mark the 75th anniversary of victory started with a ceremony where duplicates of the victory flags were presented to the heads of the History Museum of the Armed Forces of Kazakhstan. Kazakh hero Rakhimzhan Koshkarbayev was the first to raise the flag at the Reichstag building in Berlin. Other military flags of and divisions formed in Kazakhstan were given to representatives of the military garrisons. 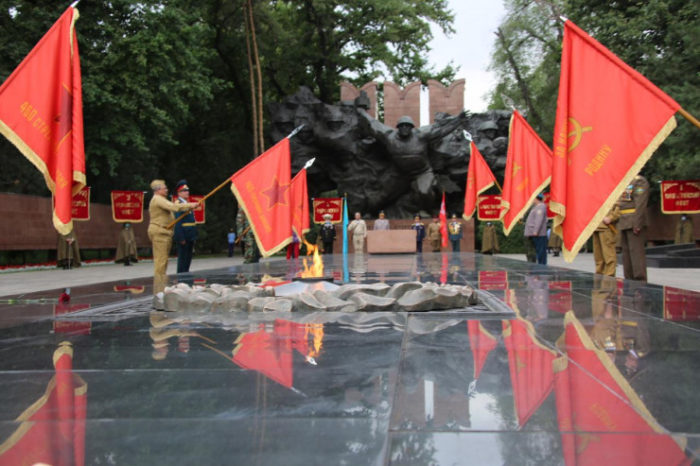 The heads of the Air Assault Forces, the Almaty Defense Department, representatives of the Almaty military units, veterans of the Armed Forces, students of the Military Institute of Kazakh Ground Forces and Military Engineering Institute of Radio Electronics and Communications as well as granddaughter of Panfilov, Aigul Baikadamova, attended the event.

Some 1.2 million Kazakh people took part in the war including 178,000 people who actually served in the Soviet army. Every year, people traditionally lay wreaths and flowers at the eternal flame to commemorate the victims of the war in Kazakhstan on May 9th.

According to the data provided by Russia’s Armed Forces, the losses of the Soviet army all together stood at about 11 million people by the end of the war.