By Zhanna Shayakhmetova in Nation on 2 June 2020

Kazakhstan is one of the few countries where transplant surgery is being performed during the COVID-19 pandemic, according to Yuriy Pya, CEO of Nur-Sultan based National Scientific Cardiac Surgery Center. 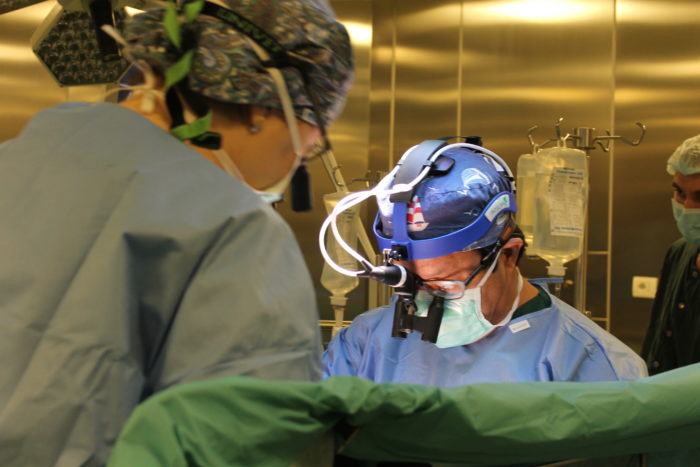 The Center has continued providing emergency and urgent care to patients with heart diseases including newborns, reported its press service. Last May, two transplant surgeries were performed at the center for the first time since August 2019. As a result, one deceased donor saved the lives of five patients.

A woman, 41, with Eisenmenger syndrome from the Turkestan region had a lung transplant operation and a man, 25, with terminal chronic heart failure from Kyzylorda, underwent a heart transplant  operation. In other hospitals, donor kidneys saved the lives of a 52-year-old woman and a 49-year-old man. The liver transplant was sent to a patient on the waiting list in Almaty.

The National Scientific Cardiac Surgery Center established in 2011, is the leading cardiac surgery hospital in Central Asia  that meets all international standards due to the quality and level of medical care and services. In August 2012, Pya and Czech surgeon Jan Pirk performed a transplant of a donor heart to a patient with chronic heart failure at the center for the first time in Central Asia. This operation was named a breakthrough in domestic medicine. Later, Pya performed the first lung transplant operation, which is considered one of the most difficult transplant procedures in 2016. In 2018, Kazakh doctors successfully performed the world’s first orthotopic heart transplant on a patient with an artificial heart implant.

“We perform heart and lung transplant operations. We can conduct such operations only within Kazakhstan. We cannot receive organs from other countries now, just as we cannot send it to another country. We have few donors to work with, even if we are talking about posthumous donations,” said Pya.

Overall, the number of transplant operations has significantly decreased during lockdown not only in Kazakhstan, but also around the world.

Pya also noted that donation has completely stopped in some countries.

According to doctors, 2,000 people can become potential donors annually in Kazakhstan. Currently, 2,772 patients need an urgent organ transplant including 77 children. Since the beginning of this year, 48 people on the waiting list have died.

Kazakhstan ranks third in the number of organ transplants performed among the Commomwealth of Independant States (CIS). As of Feb. 2020, more than 1,800 transplant operations were performed in the country since 2012, according to the Republican Center for the Coordination of Transplantation and High-Tech Medical Services.

People can now register consent or refusal to become an organ donor after death virtually at the Electronic government website, according to Atameken Business TV Channel.