In Kazakhstan, cities celebrated the Day of State Symbols on June 4. The symbols are tokens of nationhood and independence, conveying the meaning of the nation’s history, traditions, and ideals which unite the diverse population of Kazakhstan. 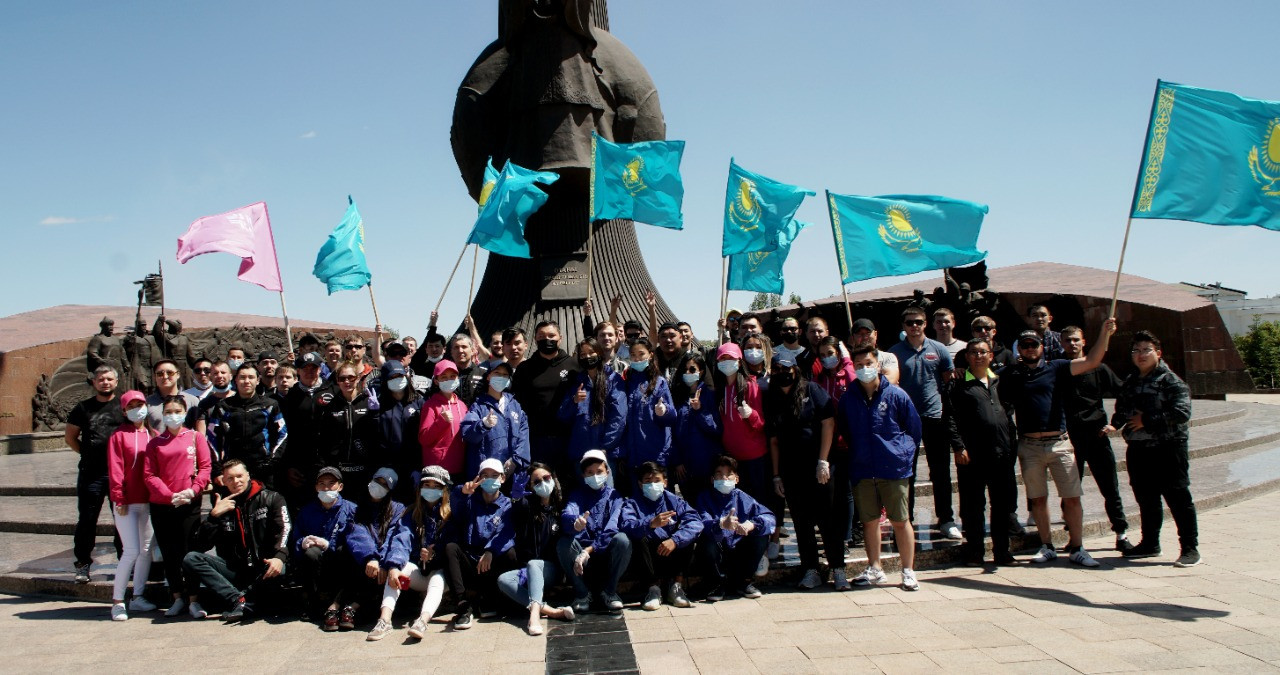 As part of the Day of State Symbols celebrations, volunteers lay 75 bouquets to the Eternal Flame monument in Nur-Sultan in memory of those who fell in the Great Patriotic War to mark the 75th anniversary of the Great Victory. Photo credit: Nur-Sultan Akimat press service

You may not think of national symbols often, but whenever you hear the anthem or hold a flag, it encourages you to think of what it means to be a citizen and evokes a certain warm feeling.

“The emblem reflects the highest values of our independence – peace, unity, accord, and progress. I am sure we will succeed in our project to build a strong and respected state that safeguards the interests of its people,” he said.

Despite the pandemic and the majority of the population still observing social distancing rules, cities have found various ways to mark the occasion.

In Almaty, city residents hang the national flag from their balconies, and some organizations have chosen to participate as well. In the city’s Almaly district alone, residents of three multi-apartment buildings hung 70 flags! 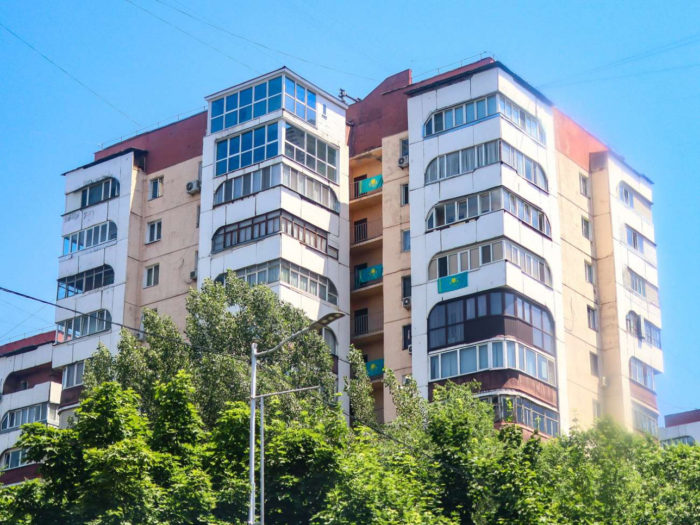 The Nur-Sultan Akimat (city administration) launched a campaign on social media that drew more than 100 organizations, including businesses. More than 3,000 posts and videos have been published on social media under the hashtags #MenіTuym (My Flag), #MemlekettikRәmіzder (State Symbols), #BizBirgemіz (We are Together), #Menің ЕлімҚазақстан (My Homeland is Kazakhstan). 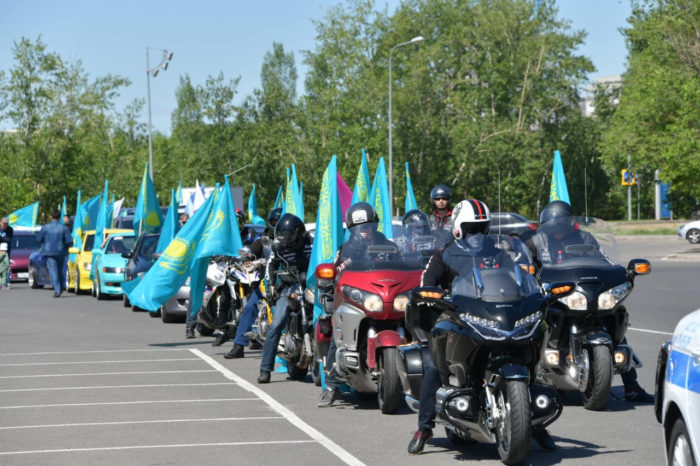 As the nation celebrates the 28th anniversary of its symbols, the capital also saw 28 cars and 28 motorcycles driving 28 kilometres in the morning. Photo credit: Nur-Sultan Akimat press service

“State symbols are an integral part of the development of any state. They are a sign of the consent and unity of the people, sovereignty, and stability of our country. Love for the motherland and patriotism starts with respect for state symbols. The civil duty of every Kazakh citizen is to have a respectful attitude to these truly sacred values,” said Tleugali Kishkashbayev, head of the city’s department for the development of languages and archives.

Taraz city in southern Kazakhstan, for example, opted for auto, motorcycle, and bike races to celebrate the 28th anniversary of the state symbols. 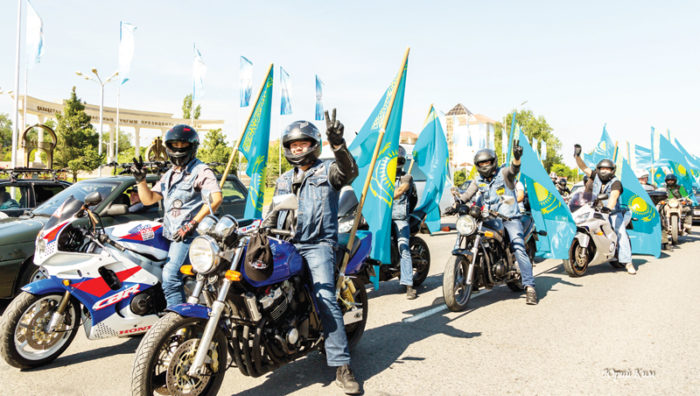 In Taraz, the procession started from the Alley of Youth and took the participants along the city’s central streets of the city, finishing in the park of the First President. Nearly 100 people participated in the race. Photo credit: Taraz city press service

The blue flag, designed by Kazakhstan’s honored artist Shaken Niyazbekov, reflects the pure sky and represents peace and prosperity as well as the ancient Turkic people’s worship of the sky.

The sun on the flag embodies life and energy, while the soaring steppe eagle, a natural inhabitant of the great Kazakh steppes, is meant to illustrate the power and sovereignty of the state and its high aspirations. To illustrate the culture and tradition of the nations, there are national ornaments on the flag’s vertical band.

The national emblem was designed by famous Kazakh architects Zhandarbek Malibekov and Shot-Aman Ualikhanov. The state emblem has the shape of a circle and reflects the image of shanyrak on a blue background. Shanyrak, which refers to the arched and cross-shaped top of a yurt that used to be a mobile home for Kazakh nomads in the past, is associated with unity and many things dear to the heart of the Kazakh people, including family and homeland.

On the emblem, it is surrounded by the wings of mythical horses, with the name of the country at the bottom.

A national anthem has been adopted twice in the history of independent Kazakhstan. First was adopted in 1992, but in 2006, Nazarbayev signed the decree endorsing the nation’s new anthem based on a patriotic song “Menyn Kazakhstanym” (My Kazakhstan), written in 1956, with music by Shamshi Kaldayakov and lyrics by Zhumeken Nazhimedenov. Nazarbayev contributed to modifying the original lyrics of the song.