By Aidana Yergaliyeva in Central Asia on 12 June 2020

The Kazakh-Uzbek partnership in car production at SyryarkaAvtoProm, an automobile plant in Kostanai that opened only three months ago, has recently begun mass production. Its first Chevrolet cars appeared at car dealerships in Kazakhstan. The plant also exported Cobalt and Nexia passenger cars to Russia during the first few weeks of June, according to forbes.kz. 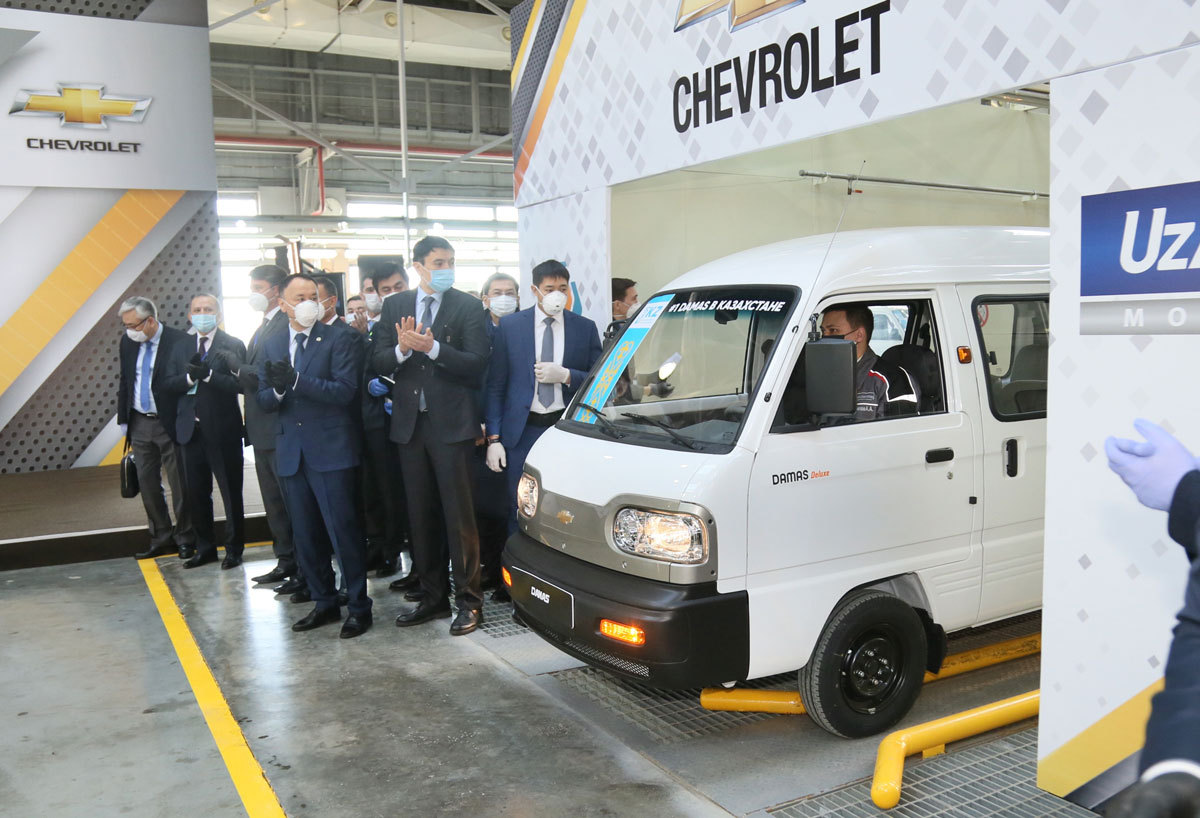 The cars are competitive and still in demand because of their affordability and practicality despite the global crisis caused by the pandemic. Chevrolet’s Labo mini-truck and Damas minivan, for example, target small and medium-sized enterprises that focus on transporting goods and passengers. Cobalt, Nexia, and Malibu models target clients who seek affordable cars.

“Small and medium businesses in Kazakhstan for many years needed a compact and powerful transport vehicle. Especially now, during a pandemic, it is important to organize the work of courier services, to make them budget-friendly and effective,” said Syrym Semeybayev, Director of SyryarkaAvtoProm press service.

Both individuals and businesses have expressed renewed interest in Damas minivans over the past two months. Damas can transport up to 560 kilograms of goods with only a modest engine volume of 0.8 liters.

During the first week of June, the production plant received hundreds of applications for a Cobalt car purchase as part of a preferential car loan launched in cooperation with the Kazakhstan Development Bank.

After Kazakhstan announced its state of emergency to stop COVID-19, Kostanai manufacturing plant seized the opportunity to start producing cars for street disinfection. The plant equipped Labo mini-trucks with a 500-liter disinfector, which can cover from five to ten hectares of land before needing to refuel. The mini-truck is well suited for the job as it also can drive through narrow park areas.

Kazakh Prime Minister Askar Mamin and his Uzbek counterpart Abdulla Aripov launched the production of cars at SaryarkaAvtoProm production plant on March 28. Kazakh Allure Group of Companies, SaryarkaAvtoProm’s shareholder and official distributor, and Uzbek UzAvtoSanoat signed the agreement to start the project on Feb. 26 during the Cross-Border Cooperation Forum in Urgench, Uzbekistan.

Kazakhstan’s car production had experienced exponential growth over the last decade. From 4,000 cars in 2010 the production volume increased to 50,400 units in 2019.