Kazakh Minister of Health Hospitalized with Coronavirus, Lockdown Measures to Resume in Regions

By Zhanna Shayakhmetova in Nation on 16 June 2020

In a Facebook post, Kazakh Minister of Healthcare Yelzhan Birtanov said that he has been hospitalized on June 14 after testing positive for COVID-19. 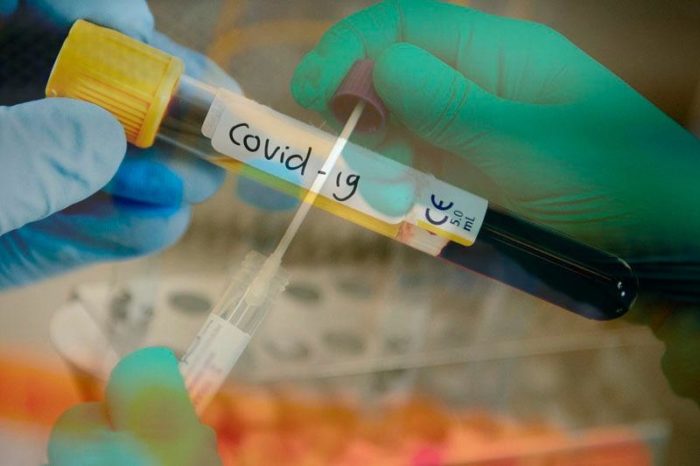 Prime Minister Askar Mamin, who visited the Zhambyl region with Birtanov, is now in self-isolation, but continues to work remotely via video conferences. Mamin has so far tested negative.

Birtanov warned Kazakh citzens that the risk of getting infected remains even if one follows the strictest sanitary measures. He noted that some regions have observed an increase in the number of confirmed cases among entrepreneurs, doctors, government employees, and media workers.

“Many people are now working hard to solve the problems related to the consequences of the global crisis and the pandemic in Kazakhstan. Their jobs require in-person meetings and trips to the regions, so they become more at risk of becoming infected with COVID-19,” Birtanov wrote.

Birtanov asked people to observe the return of the quarantine regime and follow the official recommendations on prevention of the virus.

As of June 15, 14,809 patients have had confirmed COVID-19 cases in the country and approximately 5,000 patients have had asymptomatic infections. Some 9,188 people have recovered and a total of 77 patients in total have died from Covid-19 in Kazakhstan.

Nur-Sultan and Almaty remain the most affected cities with 2,760 registered cases in the capital and 3,113 cases in Almaty.

On June 15, Akim (Mayor) of Nur-Sultan Altai Kulginov urged local companies to start working remotely. An additional 400 provisional beds were set up for the expected new wave of infected people. Beds for persons (with suspected CVI) suffering from heart attacks, stroke, and diabetes mellitus were also introduced at the capital’s hospitals.

Telemedicine apps will be used for the treatment of asymptomatic patients. Health workers will monitor patients’ health through video calls and apps and provide advice on all issues. In the case of severe symptoms, patients will be hospitalized. Air passengers arriving from abroad will be put into isolation in special facilities.

“Organizations with permission to continue their work should strengthen their monitoring of sanitary and epidemiological standards. Half of the people infected with Covid-19 are identified at the workplace. The city administration mobile group including police, medical doctors and volunteers monitor workplaces on a daily basis to make sure that they comply with the government’s strict health standards. In the case of any violations, offices and businesses will be promptly closed. People must learn to observe strict sanitary norms – to wear face masks in crowded places, especially indoors, to not visit crowded places, to use antiseptic and to observe social distancing laws,” said Kulginov.

The Almaty authorities have announced plans to strengthen the quarantine measures. Food and retail markets as well as the public service centers will work until 4 p.m. Banks are now being advised to move 50 percent of their employees to virtual workstations.

The authorities have also conducted hygiene control of all public spaces, workplaces, and businesses. The authorities closed the Green Bazaar, the city’s most popular open market area, after it was found out that one of the market’s employees had tested positive. The market will be closed until June 23.

Chief state sanitary doctor of Almaty, Zhandarbek Bekshin, also recommended people avoid crowded places and strictly observe the self-isolation regime for those who are in lockdown.

An automated modular laboratory for Covid-19 testing was opened on June 12 in one of the pavilions at the Atakent Exhibition Center. The laboratory capacity is 1,000 analyzes per day with the potential to increase up to 5,000. The laboratory conducts free screenings for vulnerable groups of people.

Restrictive lockdown measures were put back in place in the Karaganda region with the introduction of roadblocks in Zhezkazgan, Karkarali district and the Zharyk village in the Shetski district from June 13. The working hours of public and commercial facilities have also been limited. The highest number of new cases comes from family gatherings.

Lockdown measures have also been extended in Kokshetau. Seven roadblocks around the city were installed on June 15.