By Aidana Yergaliyeva in Society on 11 June 2020

Kazakh scientist and inventor Galimzhan Gabdreshov developed Sezual (from Kazakh sezu means to feel, al – to get), a device to aid the people with blindness that has the potential to be truly revolutionary. Sezual brings back “sight” for people with visual impairment using echolocation that allows them to build a 3D image of surrounding objects in their minds. The huge potential of the project already attracted the attention of many venture funds, scientists and even Microsoft. 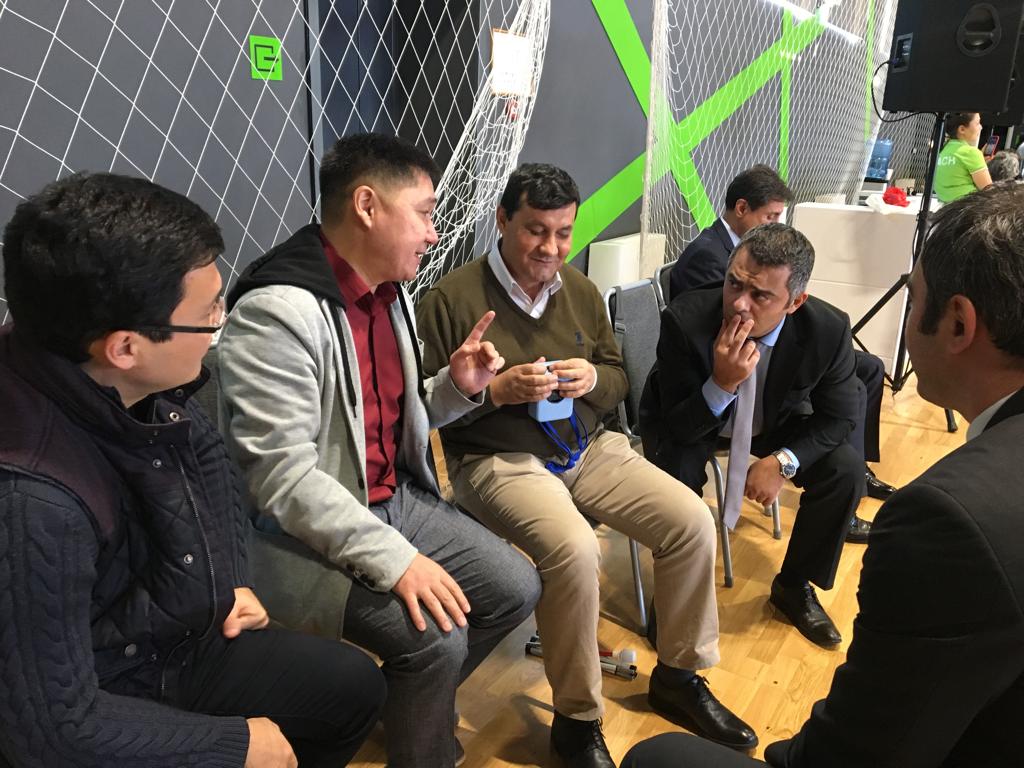 International Union of Braille Quran Services (IBQS) President Selahattin Aydin (in green sweater) testing Sezual next to its inventor Galymzhan Gabdreshov (in red shirt). IBQS is an international alliance for learning the Qoran with the Braille alphabet. Photo credit: the Sezual team archive.

“Our task, as we see it, is to restore vision to those who are already blind, and who have already lost hope. Currently in team with Abdilda Shamenov and Dastan Sagynali we negotiate with potential partners for launching the production of our devices around the globe,” Sezual Company Partner Nurbek Yensebayev told The Astana Times in an exclusive interview.

The team headed by Gabdreshov, the idea originator and developer, won a grant under the World Bank Fostering Productive Innovation Project to develop their first prototype in 2017. The product interested Microsoft as they also had Seeing AI, a similar project to Sezual. 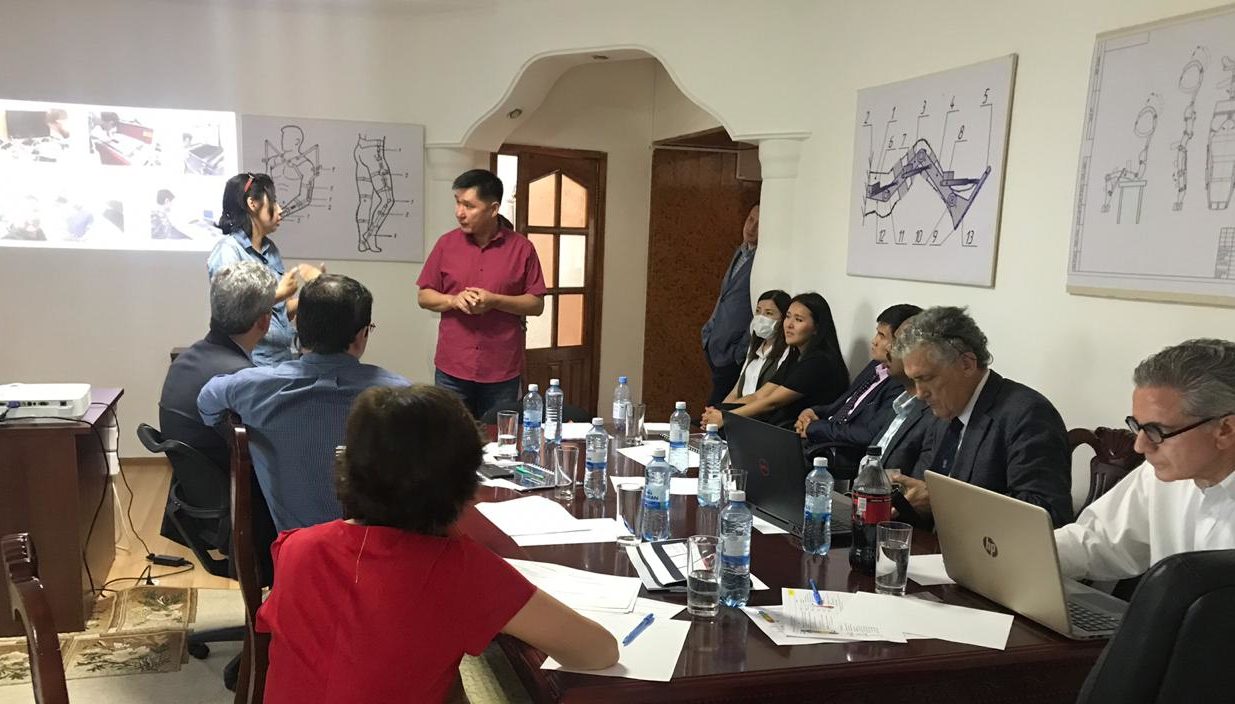 “It is a device that all countries globally try to develop. Professors in a Japanese university, for example, were intrigued [when they learned about Sezual.] But they do not have the same results, because they use a different approach connecting their device to a supporting cane instead,” he said.

The Sezual team also has neurophysiologist Viviana Mucci. She joined the team to research the changes in the brain of people with blindness using Sezual device. She believes that this might be a start to new discoveries in neuroscience, Yensebayev said. 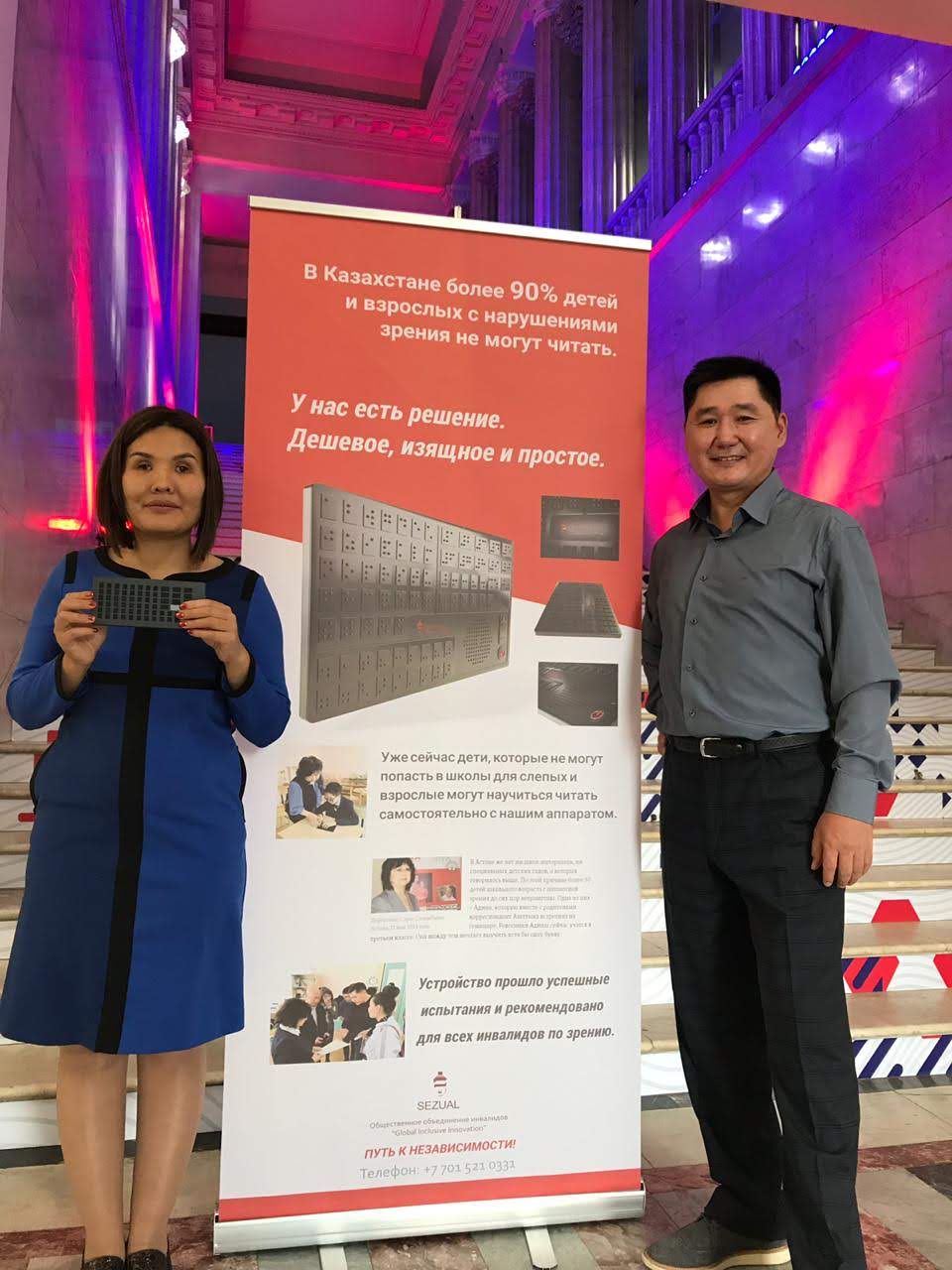 Sezual participating in the Go Viral competition, organized with the support of US missions in Kazakhstan. L-R: Zhazira Mulkibekova, a person with blindness and Sezual team member, and Kazakh scientist and inventor Galymzhan Gabdreshov. Photo credit: Sezual team archive.

The device seems to have gone above and beyond the challenges that engineers all around the world struggled with and already has a few lucky users.

“Zhazira, a girl with blindness, lost her sight in childhood. She had beautiful eyes with different colors, one green and one blue. However, her parents thought differently. Her parents decided to give her an injection [to make her eyes the same color] to protect her from jinxes and hexes. But, surprisingly, it turned out badly and the girl lost her sight as a result. But now with our new device, she can ride a bicycle, pour herself a cup of coffee. She loves to play billiards!” he said.

The device had the same technology performance success with an independent group of people during an acceleration program at Nazarbayev University.

The team develops other devices that could improve the quality of life for people with low vision such as signing documents or learning the Braille alphabet.

“We invented signatures for people with blindness. They cannot take a mortgage loan from a bank as things stand now, but the apparatus teaches them how to sign any document,” he said.

Their Braille tutorial showed positive results at the Ostrovsky school in Almaty. It shortened the learning time from four years to two-three months.

The human brain is an incredible organ, and Sezual found a way to activate its hidden parts to help people with visual impairments. People with blindness from birth, in particular, develop their other senses such as hearing and smell, and have a different understanding of space. Sezual’s work principle relies on echolocation. The device sends a sound wave that travels back to a user as it hits surrounding objects. Based on it, people with blindness can identify an object’s shape, essence and distance to them. 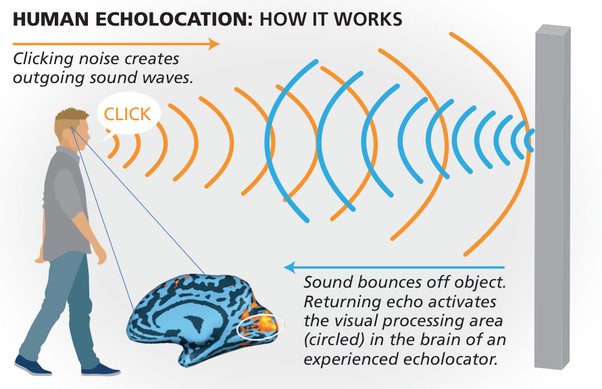 The majority of the team are people with blindness that test and ensure the efficiency of the device.

“The project was created, so to speak, from pure inspiration. My friend and colleague Galymzhan once heard the speech of Daniel Kish, a person with blindness in America who had developed the ability of echolocation. After watching his video he wondered whether it is possible to reproduce these clicks so that not only Daniel Kish can use these sounds and orient himself [in space], but so that any person who wants to use this device can too,” Yensebayev said.

The Sezual team would have met Kish in person two to three months ago in California, as Kish himself got inspired with the idea and invited the team.

“We managed to get in touch with him and convince him that it really works,” he said. “He has both authority and experience. He is the partner that we need to work with on the project.”

According to Yensebayev, the device can help grant a socially inclusive life for the people with visual impairment. These are the people who have “a chance for some degree of recovery.”

“It’s not important [whether the person lives] in Kazakhstan, America or anywhere, because people with blindness [everywhere]  sit at home most of their time,” he said.

“Although they try to live with a support cane, it cannot do as much as human vision can. For example, a person can miss a hole [on the road] and fall into it. People with blindness cannot do active sports and their bones become more fragile with age. Unlike an ordinary person, they have a higher prevalence of diseases such as osteoporosis and arthritis in early age,” he added.

The Sezual team believes that people with low vision and blindness can also contribute to economic growth and begin earning money independently, if they have the device.

“Developed countries, which give significant allowances to people with disabilities, could instead redirect part of the fund to support the project and buy citizens who need a Sezual device,” he said.