By Zhanna Shayakhmetova in Business on 15 June 2020

Almaty plans to create more than 30,000 jobs through state and regional programs. These include the Business Roadmap 2025 plan, the Enbek (Labor) employment and mass entrepreneurship program, the Economics of Simple Things group and Almaty Business 2025 program. Overall, 40 billion tenge (US$100 million) will be allocated for the implementation of all these programs. 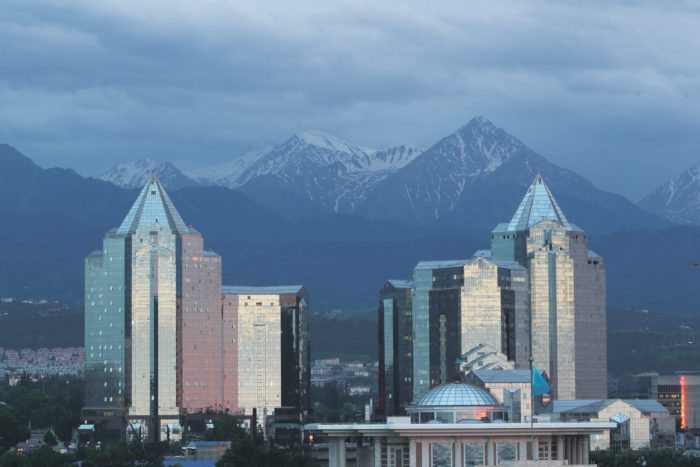 Earlier, the Kazakh Minister of the National Economy Ruslan Dalenov announced a measure to support microbusinesses during this period. Access to loans and loan guarantees will boost small and medium-sized enterprises (SMEs) development, especially for micro-businesses. As a result, microloans to small and micro-businesses were included in the business roadmap. Also, the legislative framework for exemption from taxes on income for micro and small businesses was adopted following guidelines laid down by the President’s in 2019.

In light of this, the Damu Entrepreneurship Development Fund, which supports SMEs through project financing and leasing programs, is currently accepting applications from entrepreneurs based on new conditions.

The fund offers four basic tools – soft loans, subsidized interest rates, loan guarantees and project support before financing. The fund implements preferential lending programs through banks, microfinance organizations and leasing companies in cooperation with the Enbek state program for the development of productive employment and mass entrepreneurship. At a reduced lending rate of 6 percent, these programs have been adopted to support the manufacturing industry and the development of female entrepreneurship.

In addition to that, the Almaty Business 2025 program, implemented in close cooperation with the city administration, has locked in a 7 percent interest rate for microbusiness – this is the lowest rate among all the programs and among all regions.

“The Business Roadmap 2025 program has become more affordable. It is especially relevant for Almaty, since about 60 percent of these companies are involved in trade and business,” said Director of Damu Entrepreneurship Development Fund Almaty branch Svetlana Nazaryuk at the June 4 briefing at the Almaty Regional Communications Service.

Entrepreneurs can submit applications online through the Egov.kz website and get online advice on the Damu.kz website.

Some 360 projects are scheduled to be launched by the end of the year as part of the Business Roadmap 2025 program. Some amendments have since been added:

“Additional changes relate to the removal of restrictions on the types of activities included in the program. Previously, the program was focused on the manufacturing industry, but now other industries have been included,” said Head of Office of Entrepreneurship and Investments Yerkebulan Orazalin.

The program ensures a maximum guarantee of 85 percent of the total loan amount for start-up entrepreneurs and up to 50 percent for other companies.

Start-up entrepreneurs can also receive soft loans of up to 8,000 MCIs (the monthly calculated index) at a lending rate of at least 6 percent per annum as part of the Enbek program. This year’s MCI is 2,778 tenge (US$7).

Funds are issued for five year investments and for working capital replenishment – up to three years. The program budget is 1.9 billion tenge (US$4 million).

“This condition is convenient for micro-business and for small business,” said Orazalin. “We provided financing for 20 projects worth 334 million tenge (US$837,462) this year. We expect to support 140 projects creating 545 workplaces through the end of the year.”

“The Alatau and Nauryzbay districts are priority areas for financing as these are newly created districts. As for industry, manufacturing, processing and the food industry are a top priority,” said Deputy Chairman of the Board of Almaty Finance company Zangar Salimbayev.

Almaty boasts a favorable business and investment climate. The city ranks first among all Kazakh regions in the World Bank’s subnational rating for ease of doing business. Last September, Fitch Rating assigned Almaty a BBB rating with a Stable Outlook prognosis, which gives a green light for investment from abroad.