Abai Kunanbayev’s Poetry – A Wise Source, Flooding the Soul of the People

My acquaintance with Abai Kunanbayev and his rich heritage is connected with my keen reading of numerous works of Kazakh literature. I am well aware that the poetry of Abai Kunanbayev occupies an important place in the spiritual life of the Kazakh people. In the course of discussions with my colleagues from Kazakhstan – researchers of the work of Abai, I got even deeper acquainted with the works of this truly great poet. 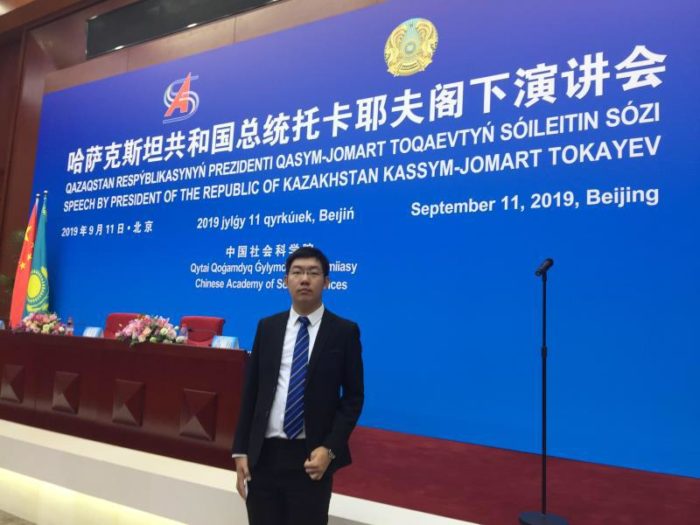 Many scientists in the world studying Kazakhstan, admiring Abai’s deep poetry respectfully compare his image with “an eagle flying over the Kazakh meadows”, “a horse galloping across the Kazakh meadows”, for them he is “The North Star in Kazakh literature”, the keeper of Kazakh culture and carrier of the civilization of the Kazakh steppe. And I completely agree with them.

After reading many of Abai’s texts, I cannot but deeply admire his work, which has a special poetic charm. Therefore, I studied the life story of this legendary thinker in order to understand how his character was formed, and how his strongest creative foundation developed.

Abai Kunanbayev (1845 – 1904) originally had the name Ibrahim. The name “Abai” was given by his grandmother, which in Kazakh means “cautious and vigilant.” Having grown up in an outstanding family of the East Kazakhstan steppe and having received a good education, he had to follow the path of his father and become the head of the clan, but, in the end, he became the founder of modern Kazakh literature, known as the “soul of the Kazakh people.”

Abai began to write poetry at the age of 12, and his early poems are mostly spontaneous. At the age of eight, Abai was sent by his father to study in Semipalatinsk. With many interests, he was not content with just reading the scriptures, and began to study the literature of his people and the vast Eastern classics.

Under the influence of his grandmother Zere, who knows Kazakh folklore well, Abai’s poetic hobbies are formed, and he creates several poetic works. Studying Arabic, Farsi, Chagatai and other Eastern languages, he is also interested in Russian culture, even violating school rules, studying Russian in a Russian parish school, which causes dissatisfaction with his father.

At the age of 13, by the decision of his father, he drops out of school and returns home to manage family affairs. At the age of 28, he runs away from home to continue his studies in Semipalatinsk (now the city of Semey, East Kazakhstan). At that time, the city was in fact a military fortress where soldiers and educated exiles from Russia lived.

In this city, Abai gets acquainted with the works of Alexander Pushkin and Nikolay Chernyshevsky and other Russian writers and thinkers, forming a democratic worldview and his own view on the development of Kazakh literature.

At the age of 35, he begins to write his own poems and translate the works of M. Lermontov into Kazakh and fragments of the poem by Alexander Pushkin “Eugene Onegin”. These famous translations will greatly enrich Kazakh literature.

In my opinion, the poetry of Abai Kunanbayev reflects the continuity in the centuries-old Kazakh poetry and at the same time forms a new philosophical trend. My attention as a scientist is attracted to the “Octave”, a poetic masterpiece that Abai wrote in 1889. I am impressed by this creation, which has 28 verses and is the longest of all his works.

As a foreign researcher, I am very interested in how Abai transforms the traditional rules of Kazakh folk poetry in it, he enriches it with new ideological and artistic turns.

As is known, traditional Kazakh poetry is, as a rule, quatrains, where each verse consists of 11 syllables, rhyme – “AABA”. That is, the first, second and fourth lines rhyme, and the third does not; or for long poems there are 7 syllables (stop), but the number of verses remains uncertain.

Being an innovator in creativity, in his “Octave”, Abai for the first time uses the law of versification, new to Kazakh poetry. In particular, the first and second verses – 5 syllables, the third – 8 syllables, the fourth to the sixth – the repetition of the first three verses, the final two verses – 8 syllables. In this case, the first and second, fourth and fifth, seventh and eighth verses rhyme, and the third and sixth verses also form an independent rhyme.

Obviously, the law of versification of Abai, applied in the poem “Octave”, seems more flexible than the traditional form of Kazakh poetry. I believe that, possessing stronger expressiveness and attractiveness, such a creative technique opens up a new path for the development of modern Kazakh poetry.

The graceful and free poetry of Abai Kunanbayev is a wise source that floods the souls of the people. In the poem “Poetry – the ruler of the language,” the great poet writes:

Poetry is the master of language,

Genius carves a miracle from stone.

The heart warms if the speech is light,

And the ear is caressed by the beauty of the language. In Kazakh poetic culture, there is a syncretism of poetry and songs, all poems can be performed to music.

And if the singer’s speech is clogged

With words that are alien to the native spirit, –

The world does not need such a song.

The ignoramus’s voice is liked by a deaf ear.

A homeless wastes for a handout

His own warmth, doling out flattery.

On the side of a stranger, at the cost of praise,

“I want to give people all my talent, and I hope that people will remember these sincere verses,” said Abai. “Poetry has a rhythmic and refined language, the construction of words and phrases should be harmonious and natural; while the idea is new, the mood is touching, who can’t say that this is a wonderful poem? He once wrote “Using poetry is like baptising a newborn.”

“Ceremonies also use poetry to outline the rules that our predecessors set for us.” “Poetry opens the door to life for babies and accompanies the dead on their way to heaven.” “Life without poetry loses joy, this is enough to appreciate its significance.” He openly declares that the poet’s calling is a thorough creation, and he should not count on the reward of others; to meet noble people to show respect, not to be greedy and sell poetry.

The mission of each poet is to inspire the hearts of people, to stimulate through creativity, energy and inspiration. In the poem “Poetry is your eternal companion,” Abai writes: “Perhaps you are tired of everything worldly, but poetry remains your eternal companion; just sing a few new songs, heartache will dissipate with the song.” He notes: “May my poems kindle a flame in my heart like a spark.”

With a noble urge, the poet exclaims: “May the scars turn into flame, may the flame ignite Heaven; may my life dry up from tears, may it turn into countless precious verses.” He is ready to selflessly donate his poems to people: “Whoever thinks that there is something that can be taken, they can arbitrarily take and borrow”, “If someone really understands my poetry, even if it is only one person, then I’m calm.”

In the poem “Smart Eagle” Abai writes: “The smart eagle spreads its bright wings, giving rise to beautiful dreams of people.” One must strive for joy in life, “without joy there is no joy in poetry”, poetry is an integral part of life, the more joyful it is, the easier it is to express it, “a beautiful song is like the fragrance of fresh honey, it can open people’s closed hearts; raises the spirit and intoxicates, sweet and refreshing, like a child’s laugh.”

He constantly asks: “Who writes such touching songs and poems, and who can understand its meaning and ideas?” The poet’s mission is to create beautiful verses, “so that the fire burns in the hearts of people even brighter, I want to create more songs and poems”, “life will be like a pure, clear spring water, only then will singing and life become eternal friends”. And I am convinced that Abai is honourably fulfilling his poetic mission.

Today in China, scientists with great respect study the rich heritage of the great Kazakh poet, because his work reflects the soul of the Kazakh people, who for many centuries have historically lived in peace and friendship with neighbouring China. I think that the role and significance of Abai in the culture of Kazakhstan is comparable to the place of famous thinkers Li Bai and Du Fu in the history and culture of China. The philosophy and wise views of Abai attract considerable attention in modern Chinese society.

On September 7, 2013, at the Nazarbayev University in the capital of Kazakhstan, President Xi Jinping of the People’s Republic of China in his world-famous speech “To develop friendship between peoples, jointly create a bright future” puts forward a major international initiative for the joint construction of the Silk Road Economic Belt.

In this historic speech, Chinese leader Xi Jinping uses the famous lines from the work of Abai Kunanbayev: “The world is an ocean. Time, like the wind, drives waves of generations replacing each other.” Xi Jinping’s use of the lines from Abai’s work well reflects the high respect enjoyed by the great Kazakh poet and his wise heritage in Chinese society. And the work of the Kazakh poet has become a kind of symbol of the reconstruction of the Great Silk Road in Eurasia.

In China, we believe that the literary works of Abai have long passed from national treasure to the treasury of all humankind. That is why 1995 was defined by UNESCO as the Year of Abai. Every year, scientific seminars on the work of the Kazakh poet are held in different countries of the world. Currently, in a number of world capitals – in Moscow, Berlin and Istanbul – streets are named after him and sculptures with his image are installed in his honour.

In 2015, the year of the 170th anniversary of the birth of Abai, a bronze statue of the great poet was unveiled in the Chinese capital, Beijing. It is now proudly visited by all Kazakh official delegations during their stay in China.

Today, on the occasion of the 175th anniversary of Abai’s birth, in China we “look at the stars and think about the eagle,” proudly roaring over the Kazakh steppes, and his poems resemble “a sweet spring that penetrates the soul and floods the hearts of people.” And we joyfully note that even after a century and a half, the poetry – glorifying life and giving birth to a sense of beauty – of Abai, the great son of the Kazakh people, continues to inspire people to strive for a happy future.