Will COVID-19 Crisis Give Boost to Green Economy in Kazakhstan, Russia?

The transition of modern economy to a low-carbon development path, its decarbonization, is the core of the developed countries’ economic strategy today. Decarbonization is a part of a package of measures aimed at overcoming the economic crisis caused by the COVID-19 pandemic. Speaking at the conference named Petersberg Climate Dialogue XI, which brought together representatives of more than 30 countries, UN Secretary General Antonio Guterres urged the countries of the world to support the companies creating green jobs and ensuring sustainable and inclusive development. 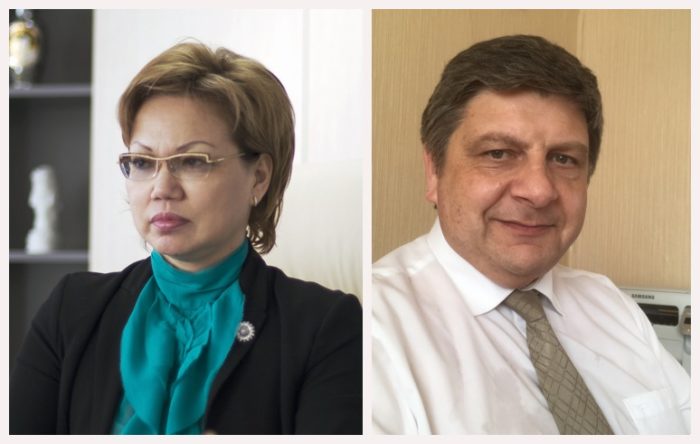 There is a lot of research available which demonstrates that reducing greenhouse gas emissions and decarbonizing the world economy through international cooperation – both of these trends will have a positive effect on the economic situation of all countries. Without urgent measures to support both of these trends, global climate change could result in dire consequences, including economic ones. So, if the goals set in the Paris Agreement are not achieved, the damage to the world economy by the end of the century will amount to approximately US $600 trillion.

In this regard, in the near future the green industries should expect a boost in their development. And this boost will be due not only to the government support measures, but also to new investments, including a redistribution of funds from traditional carbon-intensive sectors to the “greener” ones. By the way, the carbon-intensive sectors are considered to be some of the most vulnerable during the crisis. According to the new IEA report released in April 2020, the crisis led to a drop in demand for almost all traditional energy resources: by the end of the year coal will see 8 percent decline in the demand, natural gas – 5 percent decline. The demand for oil slipped even more severely, pushing stock prices for oil futures down into the negative zone. Against this background, energy with a low level of greenhouse gas emissions (from renewable sources and nuclear reactors) proves to be more sustainable and shows high indicators of attractivity. By the end of the year, it is expected that its contribution to global electricity generation will increase to 40 percent and global anthropogenic CO2 emissions will decrease by 8 percent. The green transportation sector is also showing stable growth. Despite the epidemic, the revenue of Tesla (a company producing electric cars) for the first quarter of this year increased by 38 percent compared to the same period last year. These statistics allowed the company to show net profit for the first time.

It becomes obvious that the coronavirus and the crisis it caused crashed the traditional economic structure and at the same time served as a powerful catalyst for changes leading us to a greener world. In this regard, the urgency of setting the task to develop national low-carbon development strategies for the period up to the middle of the century – that urgency is growing. Under the current conditions, the guidelines outlining the country’s decarbonization strategy should become the main strategic document of the country’s economic development. Such guidelines should define goals, priorities and key areas of our actions in the context of a global decarbonization trend.

First of all, this applies to countries that supply fossil carbon energy resources and carbon-intensive products to world markets. Russia and Kazakhstan are among the world’s top suppliers of such products. We should not be led astray by statistics indicating that Russia is one of the five producers of greenhouse emissions and Kazakhstan accounts for slightly more than 0.5 percent of global anthropogenic emissions  There are three factors that make it possible to attribute both countries in the same group.

First, in terms of CO2 emissions per capita, Russia and Kazakhstan are roughly equal, still being members of the group of twenty countries with the highest rates. Moreover, Kazakhstan occupies the 10th slot in the list of the biggest per capita polluters, while Russia is in the 17th (see Table 1). For comparison: China’s per capita CO2 emissions are 40 percent smaller than Russia’s and nearly 60 percent (i.e. 2.5 times) smaller than Kazakhstan’s.

Secondly, in calculation per $1,000 of GDP (PPP), CO2 emissions in Kazakhstan are 1.8 times higher than the world’s average and almost three times higher than the EU average. In Russia, the indicators are not much better – 1.4 and 2.3 times, respectively. This makes it difficult for both countries to export processed products because in the low-carbon world of tomorrow greenhouse gas emissions become a factor in market competition.

In the near future, the OECD countries intend to introduce regulation mechanisms which will protect their domestic markets from climate-damaging outside suppliers, who keep their greenhouse gas emissions uncontrolled seeking to save costs and make their products more competitive. This regulation might include carbon taxes or levies that will be charged at the border based on the imported products carbon footprint and/or the requirement to acquire a certain amount of greenhouse gas emission permits (allowances) to cover the carbon footprint of the imported products. The EU has planned to introduce such a mechanism in the second quarter of 2021. Other major importing countries may follow. In these cases the suppliers will see a cut in the proceeds from their international trade with the countries where such mechanisms are in place. Moreover, these mechanisms can make exports of carbon-intensive products to such countries totally unprofitable. 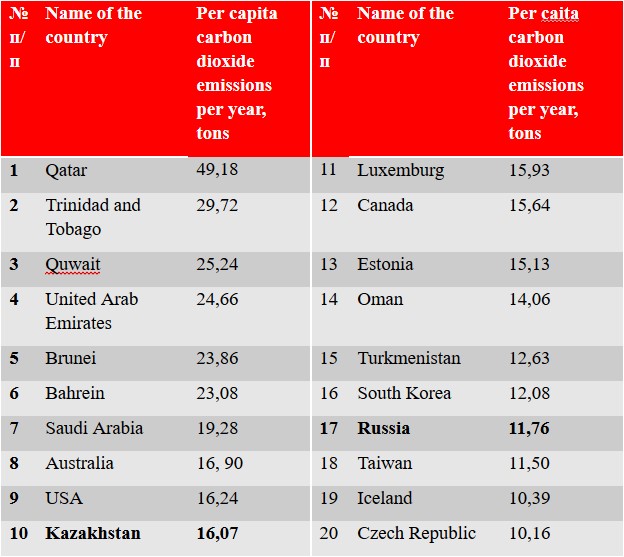 Table 1. Countries with highest CO2 emissions per capita (as of 2017). Source: https://ourworldindata.org/per-capita-co2.

Third, the dominant role in Russian and Kazakh exports is played by fossil carbon fuels, the combustion of which leads to greenhouse gas emissions in importing countries. The scale, of course, is different. Burning Russian fuel in importing countries produces approximately 2 billion tons of CO2-equivalent of greenhouse gas emissions per year, while Kazakhstan’s contribution is much smaller – only about 300 million tons of CO2-equivalent a year. But the nature of the risk is the same in both cases. Gradual decarbonization of the economies of importing countries with a strong push to reduce greenhouse gas emissions will sooner or later results in a decrease of their demand for fossil carbon fuels. For Russia and Kazakhstan, this may mean a reduction in exports, a drop in the production of fuel and related industries and, as a result, a GDP decrease.

To that end, it seems important, while planning measures to overcome the consequences of coronavirus crisis and deciding on the priority investments, to keep the strategic perspective in sight and consider all factors, including global decarbonization and the risks and opportunities associated with it, to make the right choice.

According to the draft Strategy of Russia’s long-term low carbon development, greenhouse gas emissions are expected to increase by more than a quarter by 2050 as compared with the current level. The interim target for 2030 provides for an increase of emissions by one third. This corresponds neither to the climate-preservation goals of the Paris Agreement, nor to the economic challenges that the global transition to low-carbon development creates for Russia. In fact, the Strategy does not show a way for a significant transformation of the economy. The same defect is, unfortunately, typical for the Russian Energy Strategy as well. The goal claimed in the strategy is to keep and strengthen Russia’s position in the world energy market as it emerged in 1990s for the next 15 years, instead of focusing on decarbonization of the Russian energy sector in order to ensure its leadership in the new emerging low-carbon energy market.

In fact, as noted above, in conditions of global decarbonization, carbon energy resources are not and cannot be drivers of economic growth in the long run. On the contrary, they will be dragging the economy backwards, diverting more and more funds and resources each year to survive and giving less and less inputs to the economy and the budget in exchange. Because of that maintaining country’s positions in the old-fashioned energy industry challenged and troubled by the global climate crisis does not seem to be a good idea. The ultimate goal for energy sector development nowadays is to proceed with its deep decarbonization to ensure country’s access to emerging low-carbon fuel and energy markets, new modern technologies for energy production, storage and transmission, as well as for smart energy management on supply and demand sides. Only with such a strategy does the prospect and opportunity appear to make the national energy sector and the economy as a whole competitive for years to come.

The Republic of Kazakhstan ratified the Paris Agreement in 2016 and is now actively pursuing a policy aimed at transition to the low-carbon development route. The country has the UNFCCC-certified reporting schedule for its greenhouse gases. Kazakhstan also set up a system allowing to trade quotas for carbon dioxide emissions.  Investments in renewable energy sources are growing. The country develops energy efficiency programs in its regions, similar programs are launched inside individual energy companies. In order to integrate climate change mitigation and adaptations measures, the Ministry of Ecology, Geology and Natural Resources of the Republic of Kazakhstan, with the support from GIZ German development agency, is developing a country’s Long-term Low-carbon Development Strategy building up on the existing strategic documents, such as the Kazakhstan Long-Term Strategy – 2050, the Concept of the Transition to the Green Economy, and the Strategic Plan – 2025. As the starting point, long-term strategic goals, priority areas and target indicators have to be defined. After that the appropriate mechanisms of “green” transformation can be discussed and carefully selected to provide for the strategy implementation is line with the established goals and priorities. However, the basic principles of the transition to the low-carbon development for both countries – Russia and Kazakhstan – are quite clear. Here are they in the condensed format:

1. To keep the average temperature growth from the pre-industrial level within 1.5°C, as stipulated in the Paris Agreement, it is necessary to halve greenhouse emissions by 2030 compared to 2010 level.

2. Decarbonization should not be only a business concern, it should be the goal and the main concern of the government, articulated properly in the long-term low-carbon development strategy, provided for by the relevant policy and measures, and reflected in the state budget.

3. GHG emissions should be paid for by the emitters as is the case for conventional pollutants. However, these payments should not be considered fiscal and should only be used to help reallocate funds in favor green, sustainable, low-carbon projects and sectors.

5. In addition to the mechanism that collects, in one or another economic form, payments for GHG emission, the GHG regulation should include a wide range of economic and financial measures aimed to support and stimulate investment in low-carbon projects and sectors including tax exemption, interest rate subsidies and, in some cases, direct co-financing of relevant projects from the budgets or special low-carbon development funds.