The armed forces should be given more opportunities to pursue vocational training, said Kazakh President Kassym-Jomart Tokayev during the third meeting of the National Council of Public Trust. 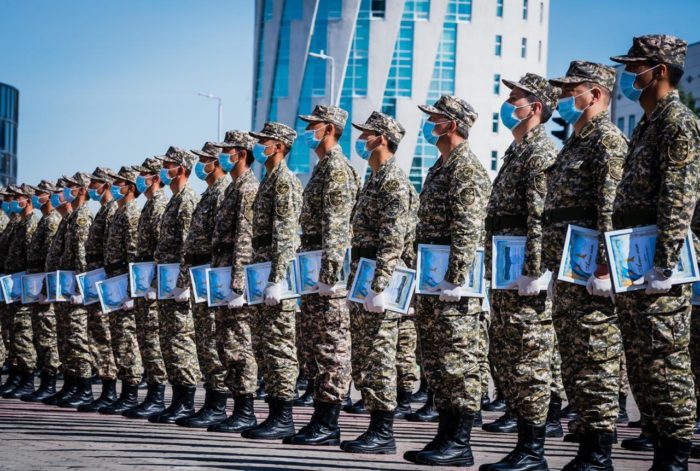 “In addition to fulfilling one’s military duty, military service should instill a certain set of professional skills that can be used later on in life,” said Tokayev.

“ I ask the members of the council to give their suggestions in terms of using the potential of the armed forces to transfer professional knowledge to the younger generation,” said Tokayev.

In April, Tokayev signed a decree that, for the first time, called in the volunteer military service to help the country fight the pandemic, encouraging young people who do not suffer from chronic diseases to fight the virus. The recruited volunteers are also entitled to all the benefits of military service for their work serving at checkpoints, patrolling the streets, conducting disinfection of the city, and their help mitigating the consequences of the recent dam collapse and the resulting flood.

According to the General Staff of the Kazakh Armed Forces, 2,372 young men, on average 27 years old, voluntarily signed up for the service, and thirty-four percent are now employed.

In March, when Kazakhstan confirmed its first coronavirus case, the country postponed its regular military recruitment, while the state of the emergency was in effect from March 16 until May 11. Since then the recruitment campaign resumed but instead of ending on June 1, it will now last until Aug. 31.

More than 17,000 men aged 18-27 are expected to be recruited and all of them will be forced to take a coronavirus test.