As the authorities of the Republic of Kazakhstan gradually and cautiously soften the quarantine regime, many delicate issues of social and political life are becoming relevant again. For example, the issue of rallies has come up and on May 20, the deputies of the lower house of the Kazakh parliament addressed it by adopting the law entitled “On the procedure for organizing and conducting peaceful assemblies in Kazakhstan” and an accompanying draft law on the organization and holding of peaceful assemblies. Once the president signs the document, the law will enter into force. 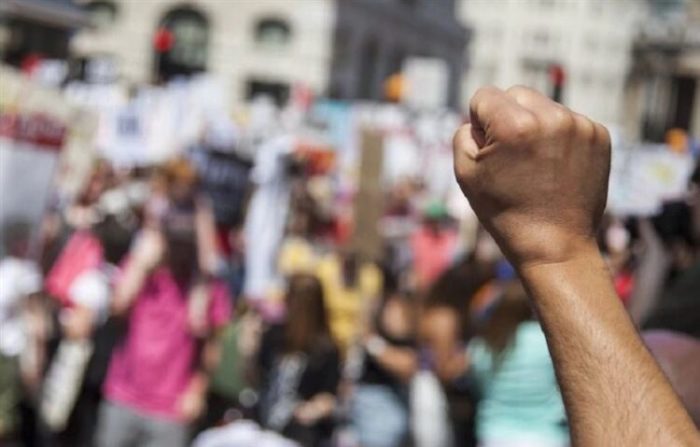 The bill was developed by the Ministry of Information and Social Development on behalf of President Kassym-Jomart Tokayev, who stated the need to implement the concept of the Listening State.

“We are creating a new political culture. Pluralism of opinions, alternative views will be allowed to come to the fore and the authorities do not believe that disagreement should be forbidden per se. We must always take into account the needs of our citizens and that means there is nothing higher than the will of the people,” said the President of Kazakhstan at a meeting of the National Council of Public Trust at the end of last year. “It is time for both society and the state to address how the public will continue expressing its positions. This discussion is unavoidable. And it’s better to come to this independently, consciously, and not force the issue.”

The current law regarding political rallies was adopted a quarter of a century ago and according to experts, the law has to be revised in light of new realities.

The new proposal also clearly spells out the basic principles of peaceful assemblies: “what is not expressly forbidden is allowed” and “your rights end where the rights of others begin.”

The new measures will also simplify the procedures necessary for rallies, meetings and pickets. A quick application and notification system will alert the local authorities which means that waiting time for approval will be narrowed down to just five business days (earlier the average was 15 days), and the authorities will have three days to respond to the application (earlier the average was 10 days). For rallies, specific venues in the city will now be set aside and made available. They will be located in the central part of cities and villages, to ensure the convenience of organization and compliance with sanitary norms and rules. Information about such places will be freely available online by the authorities. For example, in Nur-Sultan, Shymkent there will be at least 12 such special places, in Almaty – 24, in Karaganda – 6.

But pickets can be held anywhere, except for on mass graves, near railways, waterways, airports and road hubs, and near bases as well as near the residences of state leaders.

Last year, the Ministry of Foreign Affairs of Kazakhstan assisted the Kazakhstan International Bureau for Human Rights in conducting training seminars on freedom of peaceful assembly. The seminars were held in the Nur-Sultan, Almaty, Shymkent, Aktobe, Atyrau, the West Kazakhstan, Mangistau and Turkestan regions with the participation of representatives of local authorities and law enforcement agencies. This work will continue when the pandemic ends.

Member of the National Council of Public Confidence serving under the President of the Republic of Kazakhstan and Director of the Institute of European Law and Human Rights, Marat Bashimov, vouched for the document and hailed it as sufficiently liberal and progressive.

“Things have changed and in the information age, technology has changed so much and also simplified things as well. More changes have occurred in 10 years than in entire centuries. To keep up with the changing times, new approaches to handling public affairs and allowing the will of citizens to be expressed are needed. After the bill is adopted, new legal regulations will address many existing issues concerning freedom of expression – everything will become orders of magnitude easier and more affordable, safer and more convenient”, Bashimov wrote on his Facebook page.

And here is what a Russian observer, political scientist, head of the analytical department of the influential communication holding Minchenko Consulting, Kirill Petrov, says: “The proposed measures, that is, the law on the meetings is a step in the right direction. Tokaev, of course, is upholding Nazarbayev’s legacy. This is a step towards the development of competition within a multi-party system, the continuation of the political development of the republic towards the eventual goal of collegial democratic management, which is a requirement of the time. The law on rallies will allow people to express their political point of view, and encourage political pluralism. Kazakhstan is a young state, and it is developing its own development model, its own mechanisms of democratic political interaction. ”