President Tokayev Celebrates 67th Birthday in Lockdown Because of Coronavirus

Kazakh President Kassym-Jomart Tokayev turned 67 years old on May 17, and had to celebrate his birthday under lockdown. 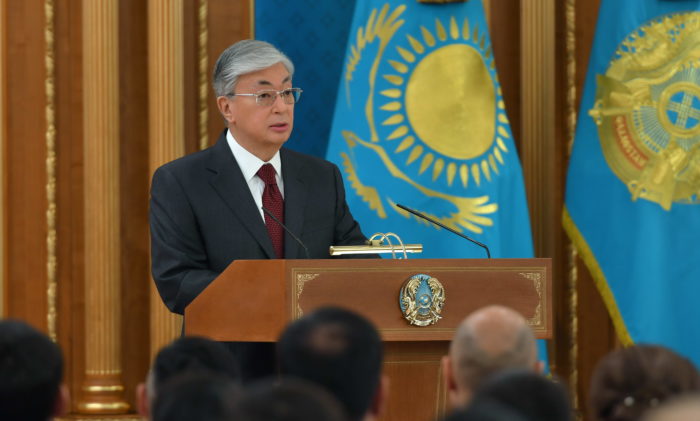 “Media representatives kept asking me to share details about how the President would celebrate his birthday. This year, May 17 falls on Sunday so Kassym-Jomart Tokayev will work from home. There will be no events. The administration was also asked to refrain from sending congratulations and gifts. The president does not like to celebrate this day because his family has never celebrated the birthdays of either the children and parents,” said Uali.

Born in 1953 to a family of Soviet intellectuals, Tokayev is a career diplomat with a wealth of experience serving some of the country’s highest positions.

A graduate of the Moscow State Institute of International Relations and fluent in English and Chinese, Tokayev has served as the country’s Foreign Minister for a total of ten years, from 1994 to 1999 and again from 2002 to 2007, then serving as Prime Minister from 1999 to 2002.

He also served as a Senate Speaker from 2007 to 2011, and from 2013 until March 2019, when he took over the presidential office following the sudden resignation of then Kazakh President Nursultan Nazarbayev.

In April, Tokayev announced early elections, in what he said, was meant to ensure “social and political consent and to remove uncertainty.”

In June, he was elected as President of Kazakhstan receiving 70.96 percent of the vote and pledging to ensure continuity of Nazarbayev’s policies.

Tokayev is also the first Kazakh citizen to work as Director-General of the United Nations Office in Geneva from 2011 to 2013, where he also served as a personal representative of the UN Secretary-General at the Conference on Disarmament.