The Kazakh economy may lose 2.3 to 2.7 percent of its gross domestic product (GDP) should oil prices remain at the same low levels, said FinReview in its recent report. 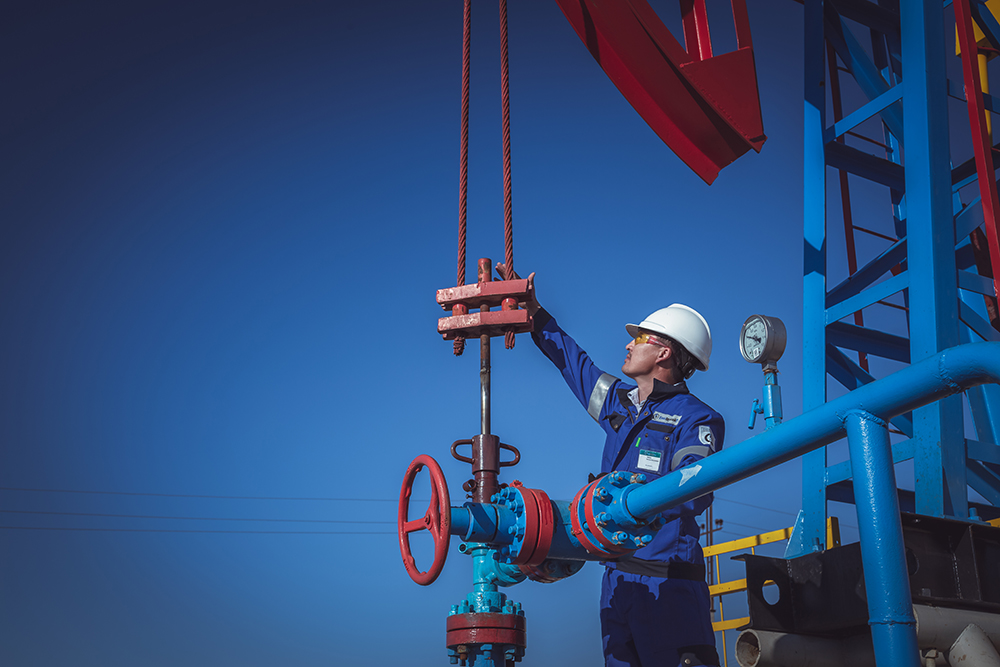 Oil has been an economic boon for Kazakhstan, a country that has always relied on its windfall oil and gas revenues that make up 40 percent of the state budget.

Kazakhstan’s proven reserves are estimated at 30 billion barrels, 1.8 percent of global reserves, placing the country in 12th place globally, according to the Kazakh Energy Ministry,

Most oil fields are located in its resource-rich western part, including Kashagan in the Caspian Sea, the largest oil and gas field discovered in the last 50 years, Karachaganak and Tengiz.

In 2018, Kazakhstan reached its record high volume of oil and gas condensate production that made 90.4 million tons, worth 12.2 trillion tenge (US$28.9 billion).

Capitalizing on this, Kazakhstan ensured a steady economic growth rate that last year reached 4.2 percent, but the ongoing pandemic and plunge in oil prices in March, after Saudi Arabia and Russia, world’s biggest oil producers, failed to agree on oil production cuts, hit the country hard. 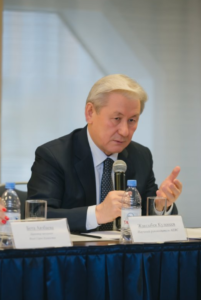 To stabilize global oil prices and financial markets, the Organization of Petroleum Exporting Countries (OPEC) and OPEC Plus nations, a group of 23 oil-producing countries, including Kazakhstan and Russia, agreed to cut production to 9.7 million barrels a day in May and June, the biggest cut in the history. As part of the agreement, Kazakhstan committed to slashing its production by 390,000 barrels a day.

Zhaksybek Kulekeev, head of the Applied Economic Research Centre, said Kazakhstan would only benefit only when oil prices reach at least $40 per barrel.

The deficit in budget revenues is the main problem, noted the report, as it will decrease funding for social programs, industrial development programs, and may lead to growing inflation.

Cuts in the financing of oil fields and new projects, as well as a potential suspension of oil company activity, put additional weight on the country’s future.

Lower oil prices also lead to a significant drop in investments. In 2019, foreign direct investment decreased from $1.8 billion in the first quarter to $643 million in the fourth quarter.

“But even in this situation, Kazakhstan’s accumulated foreign reserves will allow the economy to be supported for the next 15 years. Kazakhstan possesses significant opportunities to overcome the current crisis with minimal losses,” said the report. 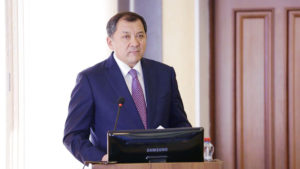 Among these opportunities, said the report, is the discovery of new oil deposits in the Rozhkovskoe field in the West Kazakhstan Region, the commissioning of the Zharkum gas field in the Zhambyl Region and modernization of Kazakhstan’s three largest oil refineries in Atyrau, Pavlodar, and Shymkent in 2018.

“But Kazakhstan has a definite advantage, as there are financial institutions that can help businesses attract additional capital. These include the Eurasian Development Bank, the European Bank for Reconstruction and Development, the Astana International Financial Center, the Development Bank of Kazakhstan, BCC Invest, KazakhExport, Kazyna Capital Management,” said the report.

“At this stage, it is of principal importance that countries fulfill their commitments responsibly. Otherwise, free riders could provoke yet another conflict in the oil market, but this will be a different war with different consequences, given the fact that excessive oil amounts are only growing globally and today reach more than 20 million barrels a day according to different estimates,” Kulekeev told Forbes.

The situation, he noted, might also hinder employment in the market, leading to 10-15 percent job cuts. 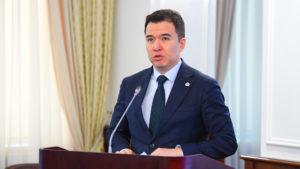 Energy Minister Nurlan Nogaev said in May that oil and condensate production in the country reached 31.3 million tons between January and April which exceeded the plan by 2.6 percent.  It refined 5.2 million tons in the same period and exported 25.3 million tons.

In April, Pavlodar oil processing plant, one of the two major plants in Kazakhstan, suspended its production.

The three-month embargo on imports of gasoline, diesel fuel, and jet fuel from Russia introduced in March in effort to curb oversupply of gasoline in the domestic market positively affected domestic production compounded with the export of Kazakh fuel and lubricants to foreign markets and the regulation of customs duties and excises.

Kazakhstan should learn to live without oil, said Kazakh economist and head of the Kazakh Centre for Analysis of Social Problems Meruert Makhmutova. 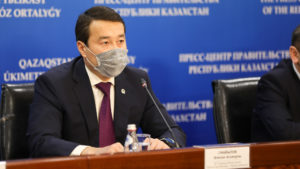 “Taxes from the oil sector go primarily to the National Fund, nearly 85-87 percent, and only then, go to the state budget as transfers. The export duty also went directly to the national fund, but given the current prices, it is no longer taken. With these prices, we will eat through the national fund, because the price will not be at $55 per barrel, and the volume of transfers to the budget, taking into account the narrowing of the tax base, will need to be increased. In 2015 and 2016, Kazakhstan spent twice as much oil revenues as it received. So, in 2016, with minimum oil revenues of $4.4 billion, $9.4 billion was spent,” she wrote on the Facebook page.

Head of the Kazakh Union of Oil Services Companies Rashid Zhaksylykov said that oil operators will switch into a saving mode and will be involved only in existing production if prices do not go up and demand is not increased by mid-May.

Plans on further extraction, comprehensive reparation works, or new projects will not be on the agenda for the next one and a half year, he added.

Kazmunaigas, the country’s oil and gas operator, also postponed its plans to do an IPO this year, due to the “changing situation on oil and global financial markets.” The listing will depend on whether the situation improves, said company’s Deputy Chair and Financial Director Dauren Karabayev.

The government set the average price for oil in April to December at $20 per barrel, and the estimated dollar rate at 440 tenge, while annual inflation is expected to reach between 9 to 11 percent.

This differs a lot from the previous budget plan, where the average oil price was assumed at $55 per barrel, the dollar rate at 380, and inflation at four to six percent.

Kazakhstan will increasingly tap into its $57.5 billion National Fund, which has been accumulating massive revenues from the country’s oil and gas sectors. The government increased guaranteed transfers from the 2.7 trillion tenge (US$6.4 billion) it had planned to 4.77 trillion tenge (US$11.3 billion).

“We set the price for oil at $20 per barrel until the end of the year. This means we do not expect any revenues from the oil sector. Next year, the price will not differ much from this one. The government in its work will not rely on oil revenues, but will be working to increase the tax base in the non-oil sector,” said Smailov.

While countries worldwide still suffer the consequences of the lockdown as the coronavirus spreads, lower oil prices might encourage oil-dependent countries, including Kazakhstan, to divest away from their heavy dependence on oil resources and take a more proactive approach to diversify and build knowledge-based economies.