By Zhanna Shayakhmetova in Society on 13 May 2020

Kazakhstan has officially ended the longest state of emergency in its history, which started on March 15. This provisional measure was applied exclusively in the interests of ensuring the safety of people and protecting the constitutional order, in keeping with the Kazakh Constitution. This time the state of emergency was not caused by a natural disaster or an attack by a foreign enemy. The country took preventive measures to save the public from the COVID-19 pandemic. 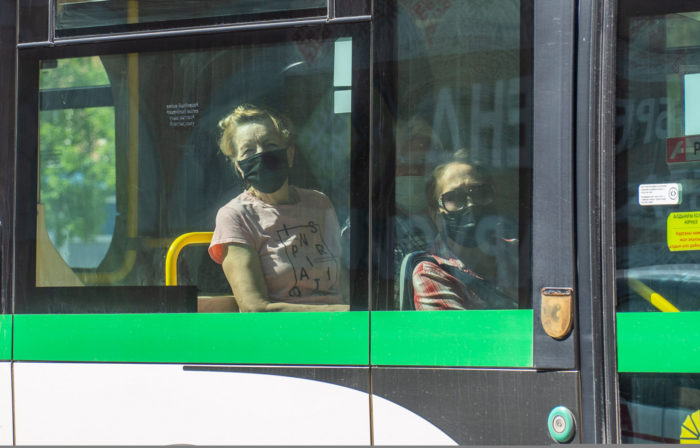 Nur-Sultan public transport resumed its operations on May 12 after it was shut down in mid-March. Photo credit: Astana.gov.kz.

On May 11, Kazakh President Kassym-Jomart Tokayev announced that the state of emergency had been ended throughout the country. However, lockdown measures remain in place as the spread of the COVID-19 pandemic is not slowing in some regions.

It’s clear that the COVID-19 statistics and news tracking have become a major staple of the news cycle, but ordinary stories of how ordinary citizens are overcoming the trying conditions are necessary to highlight as well. Social distancing and movement restrictions, which seemed fantastical at first, have now become the new normal.

How have people lived and what have they experienced during these 60 days of full isolation? We spoke with people who shared life lessons from the lockdown and how it changed their life.

Co-founder of the Tchibo company, Kamilya Serikova, is one of entrepreneurs whose business was affected by COVID-19 crisis. All the company’s coffee shops were located at shopping malls that were closed immediately. It is still unknown when the stores will resume its operations.

Since March 10, the number of visitors in all malls had already sharply decreased, noted Serikova. As the company received goods from Germany, the exchange rate’s sharp changes in mid-March also impacted the sales.

However, Serikova remains positive and found out that this break was a perfect time to begin branching out to online sales, inventory, contracts, establishing processes, and finding new solutions.

“We appreciate our loyal customers who started to order coffee, capsule coffee machines and other products online with contactless door-to-door delivery. Later, we started selling organic cotton clothing. We had some really busy days during the March and May holidays,” Serikova said.

The entrepreneur enjoyed homeschooling her child as the school and sports club quickly adopted virtual classes. An online yoga school, free webinars and spending more time with family became a positive advantage of lockdown for her.

“What did I learn during lockdown?” Serikova noted. “There’s a Chinese proverb that says: ‘When the winds of change rage, some build shelters while others build windmills.’ Everything is in your hands and only you decide how to respond to external factors – to close yourself off from others and doubt, or to try and find something else that will work out.”

Being in retirement, Nur-Sultan resident Kabibolla Shayakhmetov couldn’t continue a habit of long walks in parks and meeting with friends due to safety measures. He started writing stories about his family and memories for the local newspaper instead.

Shayakhmetov’s article was published in the Akmolinskaya Pravda on April 28.

“The spread of the virus showed that the whole world is very fragile,” he said. “My father participated in World War II. I studied and read a lot about this war period. It was a big tragedy because many people died. After that the powerful countries started to develop weapons to repel conventional attacks. A nuclear bomb, military fighter aircraft and ships were made. And now we have a virus that has paralyzed the whole world. There’s no need for tanks or security anymore as this virus sees no borders.”

He recalled that trains used to carry weapons and military supplies during the war, but now, even air and railway transit between cities were cancelled for two months.

“You wear a mask and gloves when you go outside. Then you look around fearfully in the streets because you’re afraid to meet with other people. You think to yourself: I have children and I need to protect my family first,” he added.

Now it’s time to pay more attention to medicine and science to protect people from the virus and diseases, Shayakhmetov pointed out. People need to be able to have freedom of movement and feel that they are safe while outside.

Garipova filmed how she helped the military personnel during the disinfection in the city.

Garipova was making news for local TV channels and had an official permit for movement in the city. At the same time she decided to film on her GoPro how essential workers went about their day.

Her story about journalists’ work during lockdown has become one of the most popular videos online as journalists faced many administrative obstacles while making news.

“I was touched that so many people continued their work despite the virus. I wore a mask and had sanitizers with me. Now I want to do interviews with scientists and business people about their activities and what life hacks they might offer,” she said.

“When you have free time and lockdown restrictions, your brain starts to generate creative ideas. You start to think about things differently. When you feel like you’re in the apocalypse or a possible end of the world scenario, you think about what important things you managed to accomplish and what you contributed to the world in your time on it,” Garipova added.

Later, Garipova had an idea to launch a charity podcast featuring Kazakh fairy tales for parents and children. At the moment, Russian audio stories are available too.

“I’m thankful to Aidana Karibzhanova who supported me. We found musicians, sound engineers and an artist who participated in this project on a voluntary basis. The project was widely shared when we initially posted only two fairy tales. We received many positive reviews because we literally didn’t have audio fairy tales in Kazakh before. Now we have more stories and receive more feedback from people. We hope that audio stories will help children to sleep well and have bright memories about their childhood,” she said.