The fifteen nations of the former Soviet Union that lost 26 million people in the Great Patriotic War together celebrated Victory Day on May 9 by singing one of the most popular war songs “Victory Day” online. 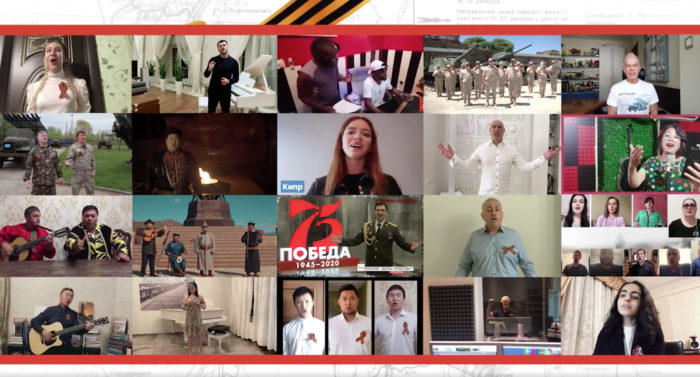 More than 1.2 million people from 60 countries took part in the project, part of the celebrations of this year’s 75th anniversary, initially planned to be the biggest celebration of the Victory Day, many with tears in their eyes from the memory of the soldiers who died to build a better future in peace.

Kazakhstan participated in the project.

“Victory Day” was written by poet Vladimir Kharitonov and young composer David Tukhmanov in 1975 as an entry into the best wartime song competition organized by the Soviet government ahead of the 30th anniversary of the defeat of Nazi Germany.

The authorities were not pleased with the song, citing its light-hearted, frivolous lyrics and the use of tango and foxtrot rhythms in its melody, which led to its use being strongly discouraged in the Soviet Union. Ironically, the song eventually became an important part of every Victory Day celebration for years to come.