By Zhanna Shayakhmetova in Nation on 2 May 2020

As the COVID-19 pandemic virus has spread across the world, nations are getting used to a new lifestyle. People work from home. People study at home. Now people will have to learn how to enjoy spending their favorite holidays in lockdown as well! 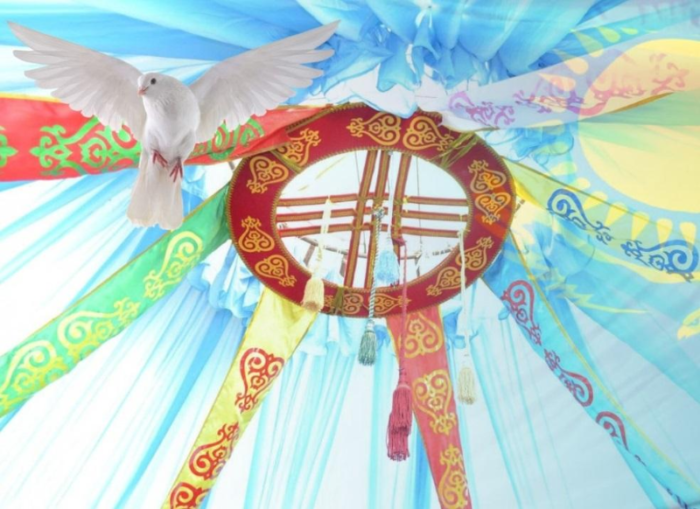 Citizens are usually thrilled to celebrate People’s Unity Day on May 1 from home. Many in Kazakhstan are grateful to be living in a multi-ethnic society. Usually, the list of long-established activities include open air concerts, folk festivals, theater premieres and sporting events. This year, Kazakhstan was forced to celebrate this holiday from home due to the state of emergency declared since March 16.

“Key achievements in our country’s past were made possible thanks to the unity, friendship and solidarity of the representatives of all ethnic groups,” said Kazakh President Kassym-Jomart Tokayev.

National Unity Day was established on October 18, 1995. Before, May 1 was Labor Day in Kazakhstan as it still is in most former USSR territories and Europe. Today, more than 100 nationalities live in Kazakhstan – Kazakhs, Russians, Tatars, Uzbeks, Ukrainians, Georgians, Armenians, Chechens, Ingush, Belarusians, Koreans, Kyrgyz people and other nationalities.

The Assembly of the People of Kazakhstan, which marks its 25th anniversary this year, is dedicated to promoting interethnic tolerance in society at all costs.

“Young members of the assembly participate in all activities to strengthen peace and harmony in a Kazakh multi-ethnic society. They distributed medical masks on the streets of cities nationwide and food packages to low-income families during lockdown,” Member of the Assembly of the People of Kazakhstan and Chairman of Union of Uyghur Youth of Kazakhstan Rustam Kayreev told Kazinform.

As online society has replaced the real one in recent months, the Assembly of the People of Kazakhstan has decided to begin moving its work to social networks as well.

The assembly in Nur-Sultan launched an online challenge to see who could perform Abay Kunanbayev’s song “Kozimnin Karasy” (“The light of my eyes”) on various national instruments. 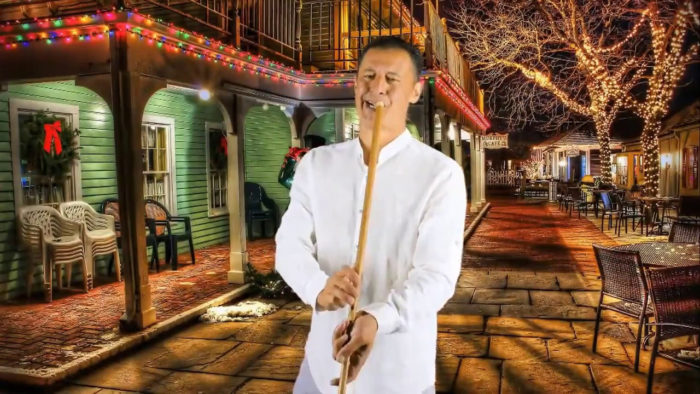 The Assembly of the People of Kazakhstan of the East Kazakhstan Region and the House of Friendship also launched an online challenge. People filmed themselves passing the national flag to a friend and saying: “My Homeland is Kazakhstan” and “We are in this together.”

The Kyzylorda region launched a new media project highlighting the local traditions and cuisine of various ethnic groups living in the region on YouTube. 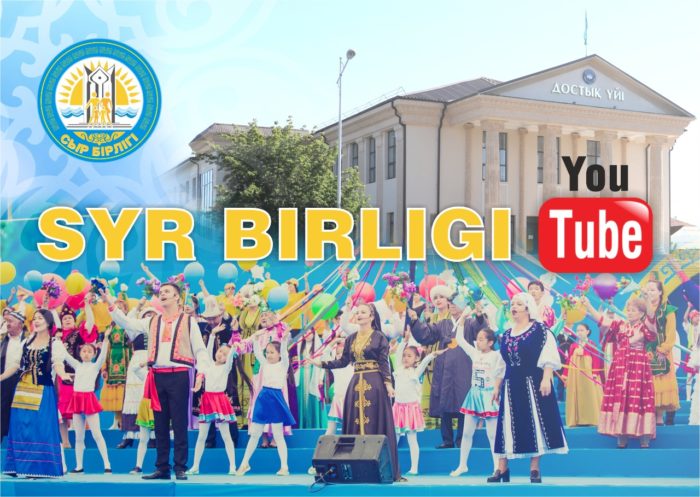 Dariya, 9, and Inayat, 11, who study at one of the capital’s schools said that they enjoy the May 1 celebration because they learn more about peoples’ traditions. This time they declared poems dedicated to National Unity Day and sent video messages to their teacher.

“It was fun although we really miss our friends at school. We love these beautiful dresses. We did the editing ourselves and we hope that our teacher will like it,” said Inayat. 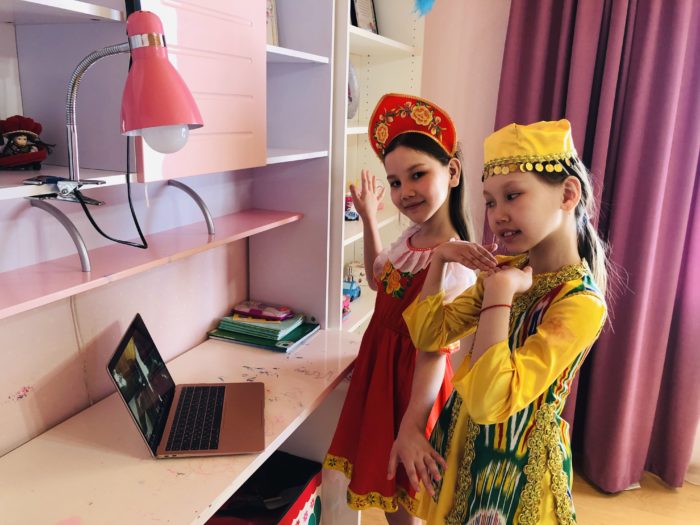 Schoolchildren from Nur-Sultan Dariya (L) and Inayat (R) are making a video dedicated to the People’s Unity day at home.

In early April, the Kazakh government officially recommended people staying at home during the Orthodox Easter as well as the month of Ramadan and the May public holidays to prevent the spread of coronavirus.

According to Minister of Information and Public Development Dauren Abayev, the safety and health of people are the top priority in this situation. The leaders of religious ethnocultural associations and people should understand this and observe the quarantine regime.

Orthodox Easter was celebrated on the night of April 18-19.

In his message to Orthodox adherents, President Tokayev noted that today when the whole world is fighting a pandemic, fortitude and solidarity of peoples, regardless of their religion, are of particular importance.

“This year the majority of parishioners will celebrate Easter at home in self-isolation, but we will remember that no one can take away the joy of Easter from a truly believing heart. Joint prayer, reading and watching the broadcast of worship will help to join the celebration,” said Metropolitan of Astana and Kazakhstan Alexander prior to the event.

Live worship services from the Ascension Cathedral in Almaty were streamed on the First Channel of Eurasia TV during the Easter night. The services from the main churches of all the dioceses of Kazakhstan were held in the regions. 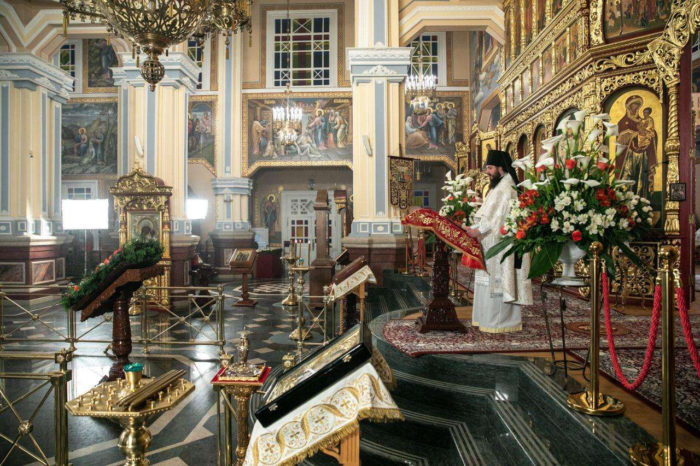 The empty hall of the Ascension Cathedral during services in Almaty. Photo credit: Almaz Toleke/Informburo.

The Holy Fire from Jerusalem was brought to Almaty, then Nur-Sultan and Aktau. It will also be delivered to the regional churches soon. After the lockdown period, a special Easter service will be held.

The holy month of Ramadan has started April 24 and will go through May 23. Muslims except for people with chronic diseases and pregnant women are obligated to fast during this period.

Chairman of Spiritual Administration of Muslims, Supreme Mufti Nauryzbai kazy Taganuly said that the collective evening Ramadan prayers will not be held as the mosques remain closed. People can read prayers at home with family.

“We will defeat the pandemic only in self-isolation. We urge people to suspend Iftar (the evening meal when Muslims end their daily Ramadan fast) in mosques, canteens and other public places to prevent the spread of infection,” said the Supreme Mufti at the April 14 online briefing.

People are advised to use food delivery services instead of inviting relatives and friends to share food at home. People can also deliver food to those in need.

Thirty online lessons will be held in 30 days with the participation of famous imams, Muslim religious leaders, on muftyat.kz website.

Resident of Nur-Sultan Mazhit Ismagulov, 62, agreed with the government that quarantine measures during Ramadan are halal.

“The Prophet Muhammad advised people not to go to places with the risk of infection in the holy book of Quran and not to leave such places in order to protect and save other people’s lives. Coronavirus is spreading worldwide and many people have died. Self-isolation is the only effective method to stop spreading the disease. Safety is important,” he said.