By Zhanna Shayakhmetova in Business on 6 May 2020

The Kazakh government announced plans to create more than one million jobs this year as part of the new Employment Roadmap state program. As the coronavirus pandemic has a negative impact on the economy and especially the labor market, the new program is definitely one of the major measures in the post-emergency period. 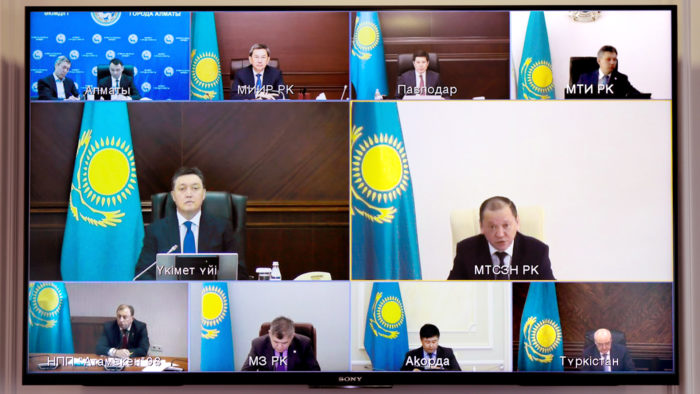 Supporting local service providers and use of domestic building materials only is one of the program’s main stipulations, reported Kazakh Minister of Labor and Social Protection Birzhan Nurymbetov at the May 5 government meeting.

The employment centers should be involved in the job creation process. A troubling number of unemployed youth is a top priority.

“The projects selected in the roadmap, along with temporary employment, will solve socially significant problems and have a further positive economic effect on industries that will lead to the creation of permanent jobs,” said the minister.

The government is expected to build 80 new schools, kindergartens and hospitals. These new schools will provide access to education for children in distant rural areas and create 7,000 jobs for teachers.

In addition, irrigated complexes will be reconstructed in the regions “to increase the area of ​​irrigated lands that will allow more people to engage in agriculture and animal husbandry.”

Some 2,410 projects out of 6,506 projects will be implemented with funds from the state budget. The procurement procedures were completed May 1 and contractors were identified to fund 1,779 projects bringing the total up to 73,8 percent.

Zhambyl, East Kazakhstan, Pavlodar, Karaganda, Almaty and the Turkestan regions of the country are already experiencing positive effects from the projects. The Kyzylorda region, Almaty and Shymkent are lagging behind.

“Some 1,265 projects were launched to create 17,000 workplaces in some regions and 10,332 employees have already been hired. The ministry will monitor and control every region, every district, city and village,” said Nurymbetov.

Each project has its own passport featuring the project’s goals, objectives, information about contractors, the deadline, the number of jobs created, the amount of salary to be paid out.

The ministry is monitoring the labor market closely and pledges to work with the local executive bodies to see the projects through.