The Nur-Sultan Akimat (city administration) is supporting more than 20 investment projects in education that will create nearly 25,000 new spots in schools for students and 4,500 places in kindergarten for children in an effort to address the problem of overcrowded schools in Nur-Sultan, which is home to more than 1.2 million people. One of these projects is the school funded by Bahrain’s Royal Charity Foundation. 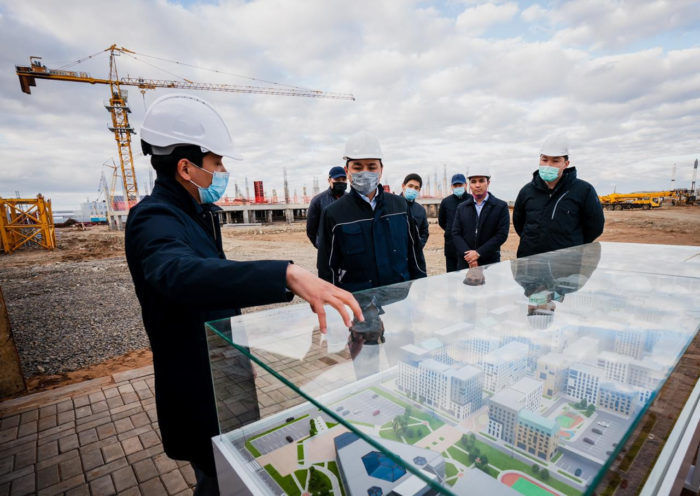 The construction was managed by Kazakhstan’s Nurly Astana Corporative Fund and is expected to finish next year.  Bahrain has already invested 3.3 billion tenge (US$7.78 million) in the school, which will add 1,200 places for students. The goal is to decrease the total size of school No. 72 that now has 3,500 children.

Once commissioned, the school will create 100 jobs and will be handed over to the city as communal property with no tuition fees for students.

Nur-Sultan Akim (Mayor) Altai Kulginov visited the construction site of the school on May 5th and also stressed the importance of quality construction and maintenance of strict sanitary regulations.

“The problem with schools is very important. There are many complaints. The number of three-shift schools is growing, due to demographic growth and domestic migration flows,” said Kulginov in an interview to Elorda Live programme.

The mayor noted that the capital is an attractive investment destination and there is a big demand for private schools.

“Since last year, the investment council supported 26 schools. We visited schools recently. Bahrain is building a school that will be free. Malaysia is also building a school, but it wants to introduce tuition fees,” he said.

The Bahraini-funded school is not the first partnership with foreign investors in education.

In 2017, No. 85 school-lyceum and No. 84 school-lyceum – funded by the United Arab Emirates and Qatar – opened their doors to schoolchildren.

Singapore-based Pegasus Education Group has also invested in a kindergarten for up to 2,000 children, a school for 2,000 pupils, and a college for 2,000 students based on the Singapore continuing education system in Nur-Sultan. The agreement was signed in March 2019.

SABIS, a global educational network spanning five continents and hailing from the UAE is also investing in the Kazakh schools. The construction of an international school with 1,000 school places and 250 kindergarten places, will be built in the capital by 2023 with a $15.5 million funding grant during the inaugural construction phase.