In a recent address to the nation, President Kassym-Jomart Tokayav called for solidarity and resolve as Kazakhstan prepares to wade forward into the post-Corona aftermath of economic displacement and turmoil. The message behind the President’s address was clear – the Covid-19 epidemic is under control, and it is time to begin restructuring the economy to deal with the severe disruption that the virus and the lockdown caused. 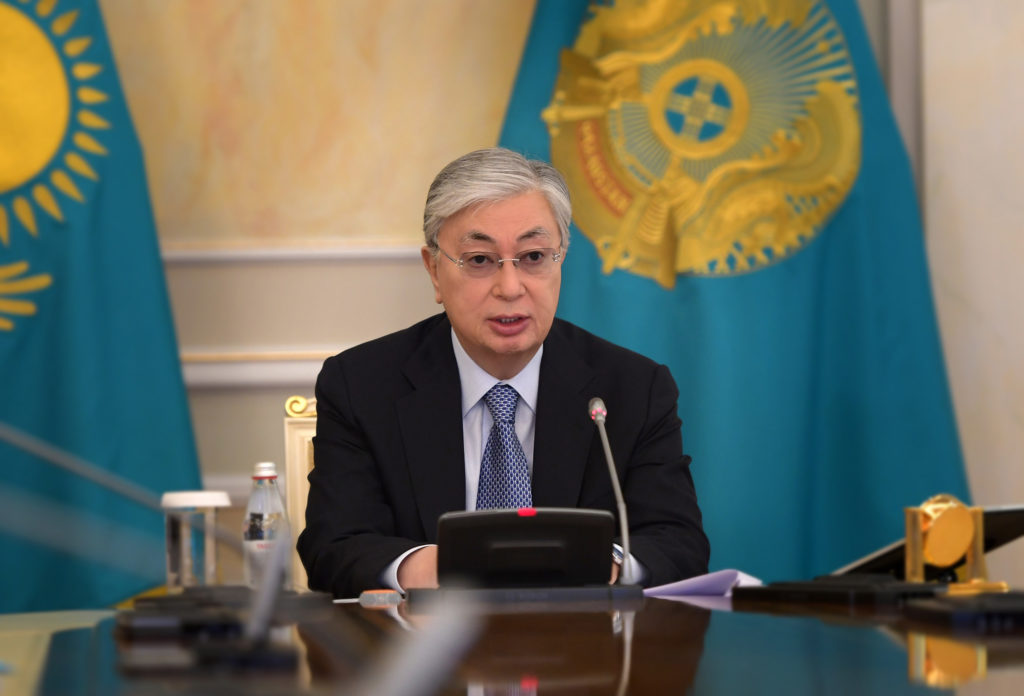 As for the virus, the forecast for the virus was cautiously optimistic – no exponential growth, no overflow in hospitals and no mass death to speak of.

President Kassym‑Jomart Tokayev did not dwell on the virus, but instead focused on addressing concerns about the economic consequences of the shutdown and the fallout that could be expected for ordinary citizens and the security of Kazakhstan going forward.

Kazakhstan has taken an active and proactive approach to mitigating the economic fallout left in Covid-19’s wake. The Kazakh government announced two massive support package measures that are finally, after some delay, being implemented to alleviate the suffering of people left without work, unable to pay the bills.

“In general, the amount of funds pledged to supporting citizens and small business amounted to almost 6 trillion tenge US$13,5 billion) This is a huge amount. The task of the government and regulatory bodies is to ensure the absolute effectiveness of the funds spent, as well as the transparency of the entire distribution process,” said President Tokayev.

More than 4.25 million people have already received some measure of financial assistance. And for those in more dire circumstances, more than 570,000have received food packages. The President announced his plan to expand the program and provide food to more than 1.1 million struggling Kazakhs. In addition to that, the government will be instituting price controls on necessary goods to prevent the country’s poorest from being priced out of the ability to purchase basic goods. Loan relief has already been approved to make sure that homeowners do not default on their properties. This, coupled with small business support fund will do wonders to cushion the crippling effects that the Covid-19 quarantine will have on business when people are finally allowed out of their homes. Finally, measures to support the agricultural sector have already borne fruit and Kazakhstan may very well avoid the food shortages that other countries may soon face.

In that same vein, the President decided to extend the state of emergency in Kazakhstan to May 11 while also easing some quarantine restrictions.

“In some regions, a surge in incidence is likely to have been passed. In others, the dynamics of the spread of the virus are still alarming… We act depending on the specific situation on the ground,” said Tokayev.

Playgrounds will be reopened and movement within the country allowed, with direct flights from the capital to Almaty returning. This measure was approved by the President with the aim of allowing healthcare workers to travel more easily for their work and to allow families separated by quarantine to finally reunite with their loved one.

“In accordance with the law, the state of emergency will be lifted on May 11, unless, of course, a new massive outbreak of the epidemic occurs. I hope this does not happen,” he noted.

All this indicates that an end to the Corona panic is in sight, even if the after-effects of the collapsed world economy will be a far more difficult and persistent issue to tackle.

“Our country is entering a qualitatively new phase of its development… we will live in a new reality. Therefore, we have to carry out a large-scale, in-depth transformation of the economy and the public administration system,” he said.

Though no one knows the true extent of the damage that Corona has inflicted on the global economy and to what extent Kazakhstan will be affected, there are promising signs that the average citizen will not have to weather the uncertain times alone. President Tokayev has demonstrated his resolve to take the cautious and measured approach to lifting the lockdown while reassuring the nation that the government will play a guiding hand in the recovery process going forward.