There are exactly 1,090 veterans of the Great Patriotic War still living in the Republic of Kazakhstan, the youngest of whom is 93 years old. 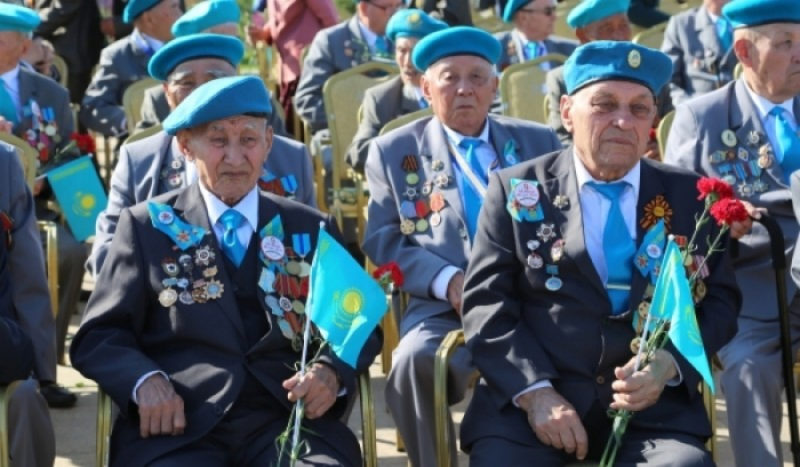 In honor of the 75th anniversary of Victory Day, veterans in Kazakhstan will be paid 1 million tenge each (US$2,500). Kazakhstan has a very generous veterans benefits system in place with many charity foundations working with volunteers to offer food and necessity delivery services free of charge for veterans stuck at home during the quarantine. The Almaty-based charity foundation “Ayala” helps 40 veterans every month, the oldest of which will turn 102 on May 9, 2020. This is Adish Abdraimov, who went to the front in 1941, was captured and was sent to a German work camp.

In Aktau, fighters of the National Guard of Kazakhstan held a parade for the 94-year-old Kaiyr Kydyrbaev. In front of the front-line veteran’s house more than 100 military, police and pupils of the military-patriotic movement “Zhas Sarbaz” (“Young Soldiers”) marched in full parade regalia singing “Katyusha” and “Victory Day”.

Few of today’s Russian youth know that the Nazis bombed Western Kazakhstan. During the war, the Luftwaffe dropped more than 500 bombs on the railway stations Zhanibek and Saykhin in the fall of 1942. Hundreds of people died during the bombing.

In May, in the villages of Zhanibek and Saykhin, new memorials in the form of obelisks will be dedicated to the memory of the Great Victory.

“Almost every family in the village was affected by the war, so the approaching holiday of the 75th anniversary of the victory is special for the villagers. We must preserve the memory for future generations,” said the head of the Zhanibek district, Azamat Safimaliev.