By Aidana Yergaliyeva in International on 3 February 2020

NUR-SULTAN – In the next four years, the Jordanian embassy in Kazakhstan will focus on reaching transportation agreements, establishing direct flights and easing the visa regime, Jordanian Ambassador to Kazakhstan Yousef Abdelghani told The Astana Times in an exclusive interview. 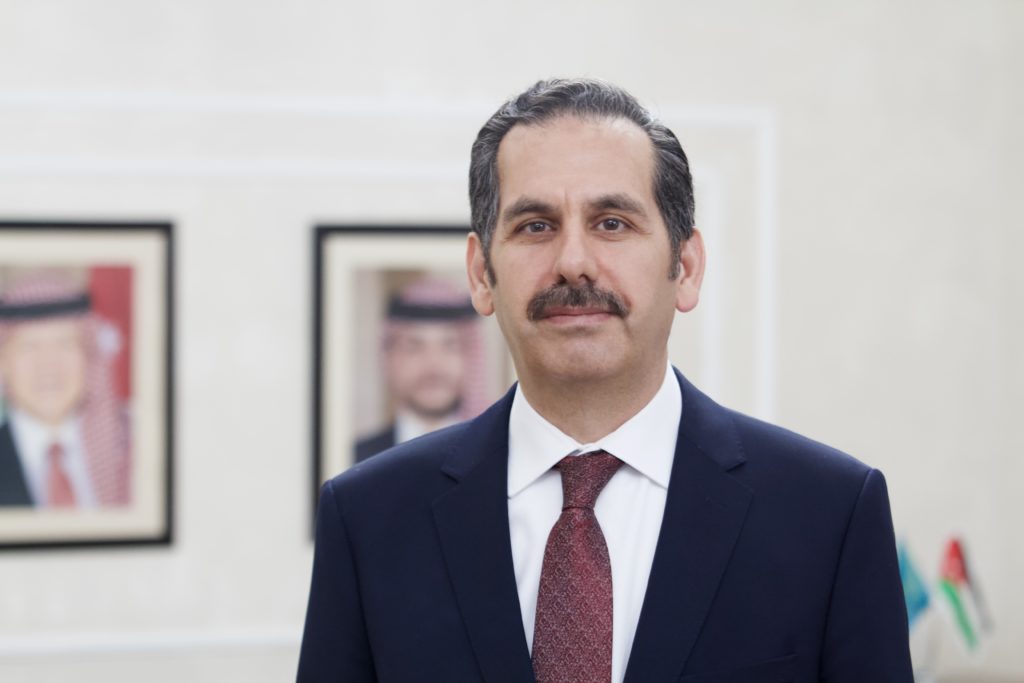 Achieving these will encourage Jordanian business circles to expand their business to Kazakhstan and vice versa, he noted.

Shipping goods to a land locked country like Kazakhstan increases transportation costs. If the countries have a direct flight, businesses can consider using air cargo as an option, he said.

Kazakhs can land in Jordan and obtain their visa at Queen Alia International Airport in Amman and “if Kazakhstan will do the same thing – reciprocity. It will also encourage Jordan businesspeople to do business,” said Abdelghani.

Kazakhstan and Jordan should boost mutual trade after “finalising several agreements in economic issues” that “have to deal with investment and protecting investment, custom procedures and easing bureaucratic procedures,” he added.

Jordanian interests in establishing stronger economic relationships with Kazakhstan became clear after Jordan brought a large delegation to the Fourth Meeting of the Speakers of Eurasian Countries Parliaments last September.

“These gave a signal that assured that Jordan is keen and is interested in boosting economic and political ties between the countries,” he noted.

“We are working very hard on the economic aspect. Our political ties are very strong. We have a lot of common things. We have one stand regarding political issues, but we are trying to work as ambassadors on the economic side as well. I think as a start, signing agreements and treaties and MoUs (memorandums of understanding) between the two countries and opening direct flights between Jordan and Kazakhstan will boost the economy and also will boost other ties like cultural, historical and student and tourist exchange,” he added.

At present, 71 Jordanian-Kazakh companies are registered in Kazakhstan. Jordanian investment in the country is approximately $20 million.

“Most of them are working in trade. Some of them have investment in construction,” said Abdelghani.

“Kazakhstan is a big country. It is a very important country in the middle of Asia. It is the bridge between East and West. It is rich with natural resources. For these reasons, Jordanian businesspeople are interested in doing business in Kazakhstan and investing here in Kazakhstan,” he noted.

Kazakhstan and Jordan signed a military and military technical cooperation agreement in 2016 when Imangali Tasmagambetov, then Kazakh Minister of Defence, visited Jordan.

Jordan also supports Kazakhstan’s peace building initiatives like the Astana Process on Syria, Conference on Interaction and Confidence-Building Measures in Asia (CICA), the Congress of Leaders of World and Traditional Religions as well as the initiatives on nuclear disarmament.

“Jordan supports all these initiatives, because we think Kazakhstan is doing a lot of help in doing peace and security in the world,” he said. “Jordan highly values Kazakhstan for hosting the negotiations which aim to bring political solutions to the Syrian crisis. These rounds had lots of achievement from the start.”

“It managed to build confidence building measures between the Syrian parties. It also managed to preserve the unity of Syrian soil and also managed to establish de-escalation zones and contained tension between fighting parties,” he added.

Jordan and Kazakhstan established diplomatic relations on Feb. 8, 1993 and will celebrate their 30th anniversary in 2023.

In general, “the relationship between Jordan and Kazakhstan in its political aspect is excellent,” said Abdelghani. “His majesty the King has visited Kazakhstan seven times. The last time was in 2017.”

The countries’ leadership meets regularly during business visits or international conferences. Jordan invited Kazakhstan’s First President Nursultan Nazarbayev and Kazakh President Kassym-Jomart Tokayev to visit in “the near future to strengthen the bilateral relationship between both our countries,” he noted.

This would be Tokayev’s first state visit and Kazakhstan’s third high level visit to Jordan.  Jordanian King Abdullah II bin Al Hussein met Tokayev for the first time in New York on the sidelines of the United Nation General Assembly meeting in 2019.

The Kazakh-Jordan intergovernmental committee will meet for the fifth time in February to discuss ways of boosting trade and investment. In addition, a political consultation committee may be held this summer in the capital.

Approximately 400 Jordanian students are studying in Kazakhstan. Most of them are in Almaty majoring in medicine or engineering.

The embassy is also planning to attract Kazakh students to Jordan to study the Arabic language, religious affairs and science, the ambassador added.