More than a year and a half has passed since the First President of the Republic of Kazakhstan Nursultan Nazarbayev signed a decree establishing a new region (oblast) with an administrative centre in Turkestan. Today, ancient Turkestan is turning into a modern city, while maintaining its historic appearance. Turkestan has long been a centre of trade due to its geographic location along the Silk Road. All this creates favourable conditions to develop the regional economy and increase the tourist flow. 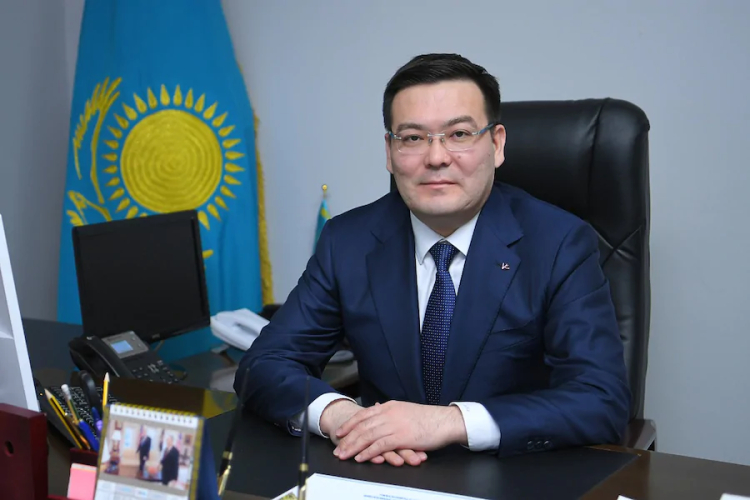 Deputy Akim (Governor) Meirzhan Myrzaliev, who oversees developing entrepreneurship and tourism, investments and environment, spoke about the region’s biggest achievements over the past year in an exclusive interview with Kazpravda.kz.

Given the history and entrepreneurial population of the Turkestan region, how are small and medium-sized enterprises (SMEs) developing right now? At the beginning of the year, Elbasy – Leader of the Nation launched the programme to develop the simple things economy industries. Could you tell us about the preliminary results of this programme?

That’s right. Life has been always active here. Our people are hardworking and entrepreneurial. Therefore, SME development is one of the pillars of the region’s economy. Today, the region is a leader in the number of operating SMEs.

During the year, this indicator increased by 12 percent, while the national average is 7.8 percent. Per these statistics, the region has a big drive to do business.

We can achieve this thanks to the coordinated work of the governor’s office, second-tier banks and a branch of Agrarian Credit Corporation. We have built work with financial organisations in the “manual” mode with a discussion of each project. Moreover, due to the lack of full-fledged branches of second-tier banks in the region, we consider potential participants at weekly meetings with the participation of programme operators to improve measures and optimise the processes for obtaining soft loans.

To provide social support to large families and young entrepreneurs, some special programmes called Kasіpker Ana and Zhas Kasіpker were developed for 2019 with a rate of 1 percent and up to two million tenge (US$5,184).

Also, in view of the emergency in the city of Arys, the Kamkor programme was adopted with the same one percent interest rate for business entities affected by the explosions. Under the programme, 70 businesses overall received 400 million tenge (US$1.05 million).

Thanks to measures taken by the governor’s office to support SMEs, during the 11 months the volume of their products has grown by 35.2 percent compared to the same period of 2018. At the same time, together with the regional Department of the State Revenue Committee, we are also working to bring the businesses out of the shadows by providing 100-percent implementation of online cash registers and usage of POS (point of sale) terminals.

What is being done to support exporters? Are there companies in the region whose products could compete in the foreign market?

Approximately 224 exporting companies work in our region with an export basket of more than 200 types of products. We are in contact with them and aware of their activities and needs.

The main measures of export support are mainly concentrated at the central level of state companies such as Kazakh Export, Kazakhstan Industry and Export Centre, Qaz Industry, etc. Our task here is to ensure the timely and full involvement of our enterprises in obtaining support from the region’s exporters. At the same time, aiding in solving problematic issues on entering foreign markets is sometimes also critical for exporters.

The state provides various types of support to the exporters; the companies receive privileges and preferences. Thanks to the informational and explanatory work of the Turkistan Invest Export Development Centre, within two months from when the rules for the reimbursement of part of the costs came into force, we could increase the number of applications from zero to 23, a total of 294 million tenge (US$762,000).

Along with this, Kentau Transformer Plant and Gazprom Neft – Bitumen Kazakhstan LLP received credit insurance in Kazakh Export for 908 million tenge (US$2.4 million).

In parallel with the support of existing export industries, we are actively working on the implementation of export-oriented investment projects.

In the coming year, we plan to continue this work with the active involvement of the resources of the Regional Council for Export Development and the project office based on the Atameken Scientific Production Enterprise. In total, imports reached $345 million; exports, $574 million. These figures indicate that the export potential of the region is developing; if earlier imports always outstripped exports in terms of turnover, then today, it is clear that exports are showing growth dynamics.

How attractive is the region for investors nowadays? What is being done to attract investors? During the period since the region was established, what has been done on this?

Ancient Turkestan is turning into a beautiful modern city today while maintaining its historical appearance, which attracts tourists and investors from all over the world. So, today the rate of investment in fixed assets has grown by 25 percent compared to the same period in 2018 and external investment amounted to 46 billion tenge (US$119.2 million), which exceeds all our expectations.

For investors, we have created a special economic zone with a total area of ​​about 4,000 hectares and the new Turkistan industrial zone. In the industrial zone, international experience is applied in the construction of ready-to-use sites for investors on preferential terms. This year, we expect the completion of two such buildings.

To provide investors with a one-stop-shop, the Turkistan Invest regional agency provides investors with support on all stages of project implementation. This work is carried out in close cooperation with the regional representative office of Kazakh Invest.

A successful example is the launch of an investment project for the construction of an industrial greenhouse in the Keles District, where Eco-Culture Agro-Industrial Holding, a large agricultural holding from Russia, brought $1.3 billion.

At the same time, I would like to note the potential of investing in tourism of the region. We have already begun implementing projects such as Kaskasu Ski Resort and Caravansarai. These will be two powerful anchor projects in tourism.

Let’s talk about tourism. Big bets are being made on the development of tourism. In this regard, the Turkestan region is very lucky – there are a huge number of places interesting to tourists. But even with all this, we need special conditions. What work is being done in this direction?

Right, and that is why now a lot of work is underway in the region to develop infrastructure and attract investments. It should be noted here that the city of Turkestan is included in the top 10 tourist sites of the National Tourism Development Programme for 2019-2025.

In addition, one of the subzones of the Turkistan industrial zone with an area of ​​297 hectares has a tourist destination and investors there receive tax and customs preferences.

Now in Turkestan, many infrastructure and tourist facilities are under construction. Like, for example, the visitor centre, the Great Silk Road Handicraft Centre, the Rixos Turkestan Hotel, the international airport, the Yassawi Museum and others.

At the same time, the main goal is to preserve the historical appearance of Turkestan during construction. Therefore, we are very pleased that on July 4, at the 43rd session of UNESCO (United Nations Educational, Scientific and Cultural Organisation) in Baku (Azerbaijan), a project for the improvement of the territory adjacent to the Yassawi Mausoleum was approved. We are doing everything right, and this is confirmed by international experts.

We hope that these measures increase the tourist flow. Annually, the mausoleum is visited by 1.5 million tourists. This shows how great the tourism potential of Turkestan is. The plans are to increase the number of tourists to five million people by 2025. We are pursuing the goal of increasing recognition and popularisation of the Turkestan region; for that, ten routes and dozens of various ad videos were created. We also connect embassies and Kazakh Tourism to the development of tourism in the region and expect them to be promoted and advertised.

In today’s world, young people absorb information through the Internet and social networks; in this regard, videos will be posted on social networks. This event will have a multiplier effect and will serve as a good informational and advertising move for the Turkestan region.

Unfortunately, with the onset of cold weather, photos of smog over Turkestan began to appear on the network. This is a serious problem that can scare off foreign tourists and investors who are concerned about the environment. How does the governor’s office plan to resolve this issue?

Smog is one of the serious issues. The main reason is the lack of gasification. Today, there is a gasification project for the region and it is being implemented. I note the region is 46 percent ready for gasification. Of the 78 settlements, 30 have already been connected, 48 have developed road maps and by the end of the year, there are plans to connect 20 settlements. The remaining 28 are planned for connection before the end of next year. By 2025, we plan to gasify 95 percent of the region.

As for the city of Turkestan itself, it is gasified by 26 percent – this is about 20,000 consumers. The gasification project of the city includes 11 stages, seven of which were completed by the end of 2019. On the streets that are ready to connect, there are residential buildings and business facilities; gasification coverage is expanding every day and respectively, the amount of smog is decreasing. Very soon, we won’t have this issue.

We connect to the gas and we carry out the work; but at the same time, the citizens also need to be active in collecting and submitting the necessary documents.

In addition, to protect the environment we are building a green belt around the city – about 300,000 seedlings have been planted so far and this is only the beginning. The total planting area exceeds 7,700 hectares, which will accommodate 3.5 million trees. This will help the city cope with the negative consequences of rapid urbanisation and significantly improve the ecology of Turkestan. I want to note that, on behalf of the governor of the Turkestan region, a set of measures is being developed to improve the environment. I hope that next year eco-activists will not have that many complaints against us. At the same time, taking this opportunity, I want to invite everyone to our region to see for themselves that here there are the most favourable conditions for entrepreneurs, investors and for those who may want to live here.

In short, we plan to continue implementing investment projects, begin the launch phase of those projects that are planned for 2020, expand the base of export companies and attract more tourists. As you know, First President Nursultan Nazarbayev visited Turkestan, got acquainted with the progress of construction and set new tasks. One of them is to hold the summit of the heads of Central Asian countries. This suggests that all tourist facilities should be ready to receive a large amount of visitors. I will be able to speak on this more only after some time, when we have results.