Three Kazakh cyber players among top 30 most popular in CIS 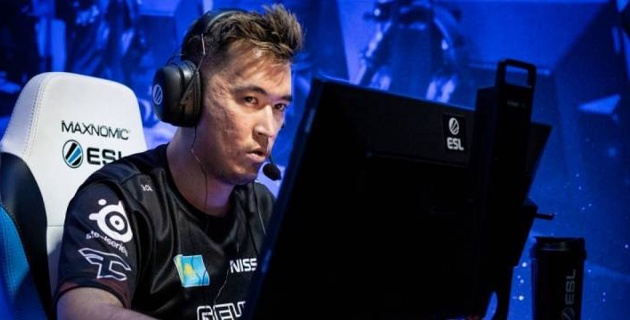 Sports portal cybersport.ru completed a study last year on the media popularity of cyber athletes. It used indicators such as the number of views each player recorded on his/her website and twitch.tv broadcasts, reader activity and audience activity on social networks, as well as the number of search queries about the athlete.

Kystaubayev, who began his career in 2012, shared 19th place with Dota 2 player Artem (fng) Barshak of Belarus. He has amassed 400 victories, including 15 gold, six silver and 17 bronze finishes and with Khassenov was a PGL Major Kraków 2017 tournament champion. Kystaubayev was also part of AVANGAR, the Kazakh-based multi-gaming e-sports organisation, in 2019 when it placed in the Berlin and Moscow tournaments and he and Golubev were signed up with Russia’s Virtus.Pro in December. He is perhaps the most popular cyber athlete in Kazakhstan.

Golubev shared 21st place with Dota 2 player Idan (MagicaL) Vardanyan from Israel. He started playing for LOG.KZ in 2017, but quickly moved to AVANGAR. Golubev played for the latter until recently, when he and other members were signed by Virtus.Pro after taking second place in August at CS:GO StarLadder Berlin Major tournament and winning Moscow’s BLAST Pro Series 2019 in September. He has recorded 186 victories, including 13 first place, four second place and eight third place tournament finishes.

Khassenov, who took 28th place in the rating, joined Russia’s Winstrike Team in October. He started his cybersports career in 2015 and has won 175 games, with six gold, four silver and seven bronze tournament finishes. Khassenov was the PGL Major Kraków 2017 tournament champion in 2017 as part of Gambit Esports, where he played the longest in his career.