By Nazira Kozhanova in Business on 28 January 2020 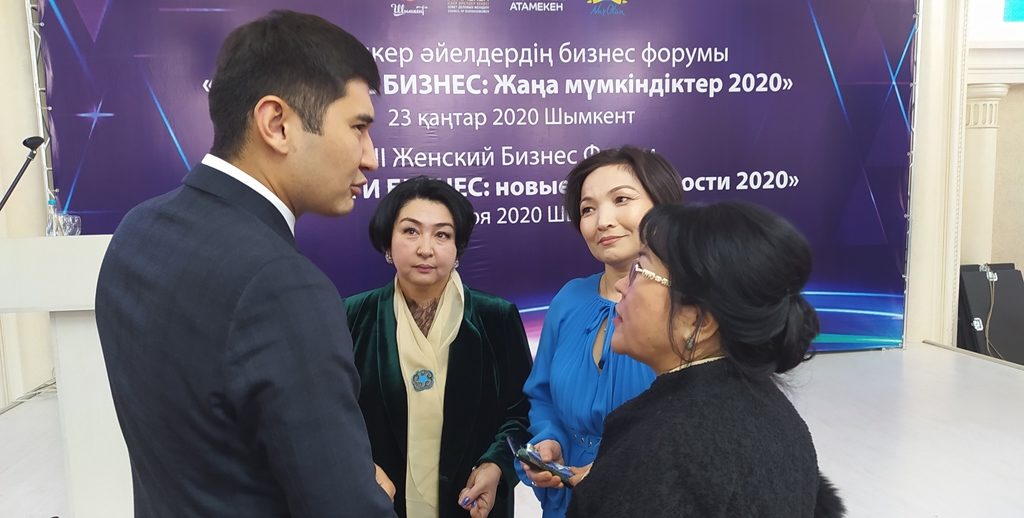 “We have 600 business entities in this industry in the country, and 90 percent are women-run businesses. Twelve of them are large, about 26 medium-sized factories, and the rest are all individual entrepreneurs. We travelled around 12 regions, visited about 80 enterprises, told them that we will make films and write articles about them, we will promote tbeir products for the competition. But they did not believe us, because the woman, unfortunately, relies only on herself,” said Ramazanova about the recent competition for the light industry female entrepreneurs and the problems organisers encountered.

“Come to the male business community and say that now they will give you state support, that you have a soft loan, and they quickly have the business machine turned on in their head: collect free balances and tighten up the turnover. But this is not about women. A woman clearly knows that she must first pay taxes, second – to pay a loan, third – a communal apartment, and only after that will she think about whether she can invest some money in production. Therefore, this project was free for them. Sponsored money attracted everything – this is purely an initiative,” added Ramazanova.

“Although I am not a sports person, but when such people surround you, I am simply forced to create a project, and I like it. Basically, we have small orders, ranging from 10 to 50 units in the size range. Among the customers there are the school of rhythmic gymnastics Aliya Yussupova, the martial arts school of the city of Tashkent ‘Soaring Dragon’, the karate federation of the region. They order individually,” said businesswoman and save file creator of Marito Sport sport wear brand Margarita Manigulova.

Despite the small scale of the production, Manigulova has large ambitions, including submitting an application for the Leonardo DiCaprio Foundation recently.

“Recently, we submitted an application to the Leonardo DiCaprio Foundation to create our own name toy from the Marito Sport brand – this is Irbis Tengri. We’re waiting for answer. We plan to send 10 percent of the sales of this toy to the Wildlife Protection Fund. This is our chip,” added Manigulova.

As the Business Women’s Council of Shymkent Chair Alma Arkhabayeva said, the key problems of Kazakh entrepreneurs are the lack of funding, lack of knowledge and inability to manage a business.

“Not enough maturity. Entrepreneurs have not been taught at institutes for five years. These people woke up in the morning, saw that a neighbour bought a jeep, and decided I also want. Unfortunately, 95 percent of business at the start-up stage closes – this is official statistics. This year Atameken did a great job. I saw competent trainers who trained four thousand people in a short time, in eight months. Now they have taken the initiative to accompany, lead women, unite them. Very often, at the first stage, we need motivation to just kick. These motivators should be so that they say ‘I passed, and you can!’ This is our mission,” said Arkhabayeva.

Arkhanbayeva added that the council plans to open a resource centre in Shymkent to address the aforementioned challenges.

“We are going to open a resource centre this month, and we want to collaborate and create four cooperatives: this is beauty – they received a lot of money for it, these are Namaskhan shops that offer religious clothes and attributes. Sewing separately, and, we think, the baking shop. Everyone loves something to bake, but I believe that such things should not happen at home, because we do not know the sanitary condition, conditions. They must unite in cooperatives, buy stoves, stack their stoves and produce something worthy so that they have orders. I am for this. Of course, we say that we do not need checks, but there we risk health, ordering,” said Arkhabayeva.