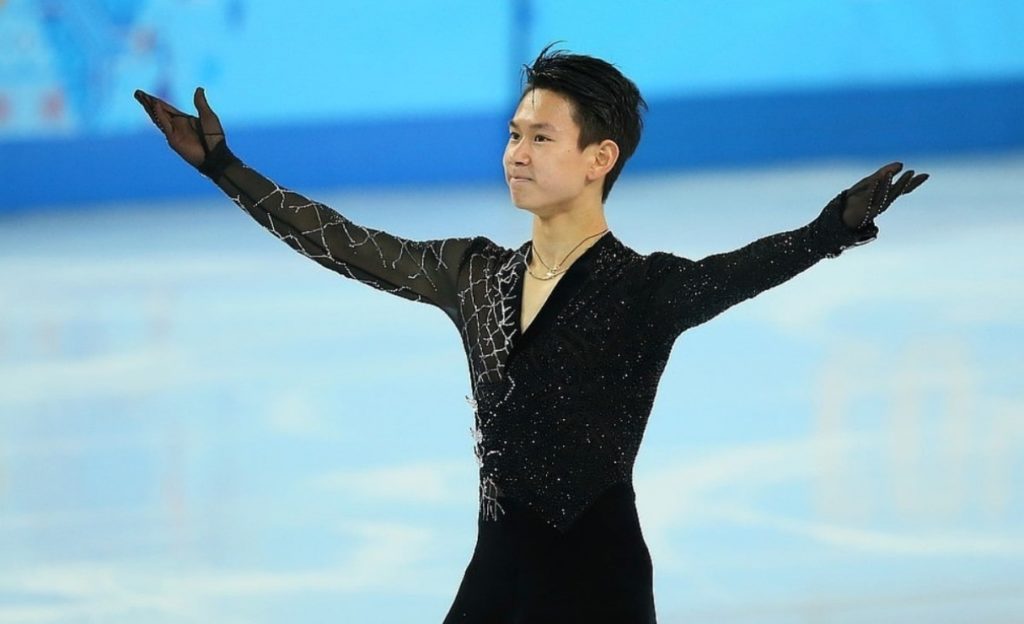 “It is very difficult, it turns out, to make a small film about Denis Ten. He lived his 25 years in a way that could fit a whole era. Try shooting a short metre about the Renaissance, for example. You will definitely have difficulties. You will quickly realise that you cannot embrace the immensity,” said the documentary’s opening words.

The tragedy of Ten’s premature death moved Stolbovski and Kazakh newspaper “Caravan” reporter Railyan to make the 50-minute documentary in his memory.

The idea for the film appeared in March and took shape close to the first anniversary of Ten’s death in July, said Railyan.

“The idea came to my friend, sports journalist of Match TV Konstantin Stolbovski. He now works in Moscow, but he was born and raised in Almaty. Here, he began his journalistic career. No wonder he took Denis Ten’s death very deeply,” he told The Astana Times.

Stolbovski spoke about Ten’s death in an interview with “Caravan.”

“When Denis was killed in my native Almaty last summer, I sat in my kitchen in Moscow, poured a glass of vodka and cried. I recall the day when the tragedy with Denis Ten happened. I worked at the time with ‘Arguments and Facts’ (newspaper) and was responsible for the sports section on the portal. Naturally, I was given the task of collecting information about what happened. However, unexpectedly for myself, I fell into a stupor. It seemed as though that for 40 years in the profession little could really excite me. My fingers refused to print, my head was completely empty. I just could not work and went home,” he said.

The script was mainly Stolbovski’s work, but, according to Railyan, the scenario was not developed until Stolbovski arrived in Almaty. The producers had ideas, plans and wishes to meet certain people, but the final product emerged from the shot material.

“What surprised and pleased me the most was that not a single person refused to meet us. As soon as they heard Denis’ name, they agreed to talk about him. After all, these are all well-known and busy people – Roza Rymbaeva, Ilya Ilyin, Alexey Yagudin. In this case, we did not have to direct them in their memories. In most cases, these were monologues with slightly wet eyes and smiles on their lips when they talked about Denis,” he said.

The film is divided into 13 parts, with Ten’s friends and fans recalling how they met him; what a good, kind, bright person he was and the tragedy of his death.

Ten was the 2014 Olympic bronze medallist, two-time World medallist, 2015 Four Continents champion, 2017 Winter Universiade champion and five-time Kazakhstan national champion. He died in July 2018 at the age of 25 when he tried to stop two men from stealing his car mirrors.

“It is nice that almost all Kazakh media reacted to the film about Denis Ten. Match TV placed it on all of its video platforms. People gratefully comment on our work. You can read many friendly comments on YouTube. The film has not aired on TV yet, but you need to understand that for TV you need a slightly different format than for video platforms. I take this opportunity to recommend everyone to watch the film ‘Denis Ten. Thirteen.’ In my opinion, this is a very successful work with many exclusive materials, filming and frank stories,” said Railyan.