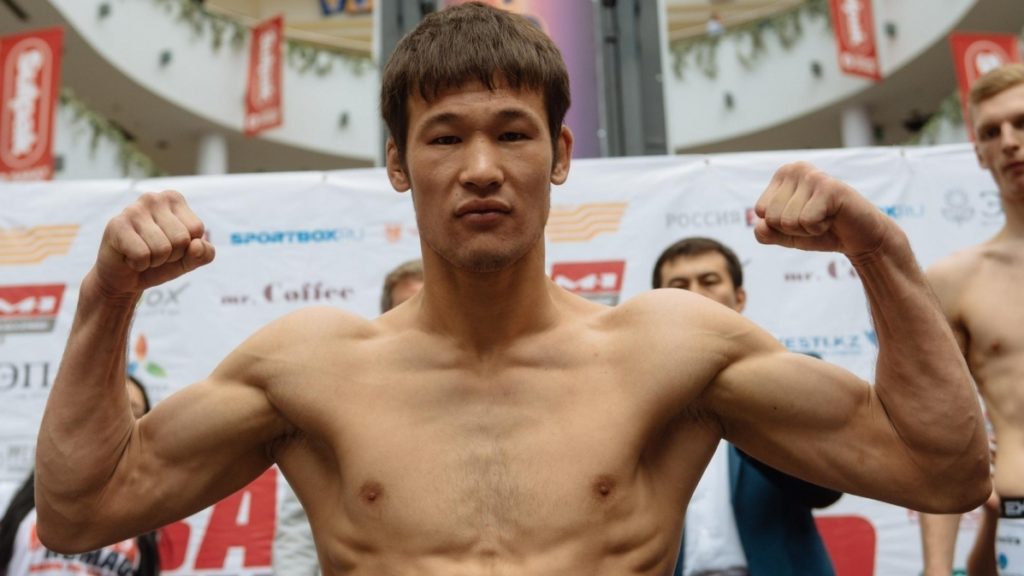 In August, Rakhmonov became the first Kazakh fighter to sign a UFC contract. He initially planned to debut at the Moscow UFC tournament in October or the Dec. 21 UFC Fight Night 165 tournament in Korea.

He was forced to skip both events due to the injury he received at the M-1 Challenge 102 tournament defending his title against Thiago Lacerda from Brazil, said Abdrakhmanov.

“He has not yet started with a full-fledged training process, but I think in March he will be ready. I hope that in March we will be confirmed for sure. We were given an oral promise that by mid-March he would be put on the tournament [schedule]. Now, we are waiting for the long-awaited debut of Shavkat. I am waiting for him to begin full-fledged training. I hope they name an opponent and declare a fight. The whole country is waiting,” he added in an interview with Sport24.ru.

Under the terms of the UFC standard contract, he must participate in four fights in a year and a half.

Rakhmonov made his professional debut in November 2014 and to date, he has 12 early victories in 12 mixed martial arts (MMA) fights. He won the M-1 Global Welterweight Champion Belt in March and held his first title defence in June.

During a Dec. 25 press briefing, Abdrakhmanov said he is “100-percent sure” one more Kazakh fighter will join UFC in 2020. The press speculated it could be Zhalgas Zhumagulov.

“Hope so,” he said. “For me personally, it doesn’t matter at all who is the first and who is the second. You can get into the UFC first and fly out first. The most important thing is to perform, win and gain a foothold in the UFC. Now I understand that it’s more important for fighters not only to get into the UFC, but to get a second contract and stay there. It’s one thing to get in and another thing is to gain a foothold.”

Andrei Gromkovsky, vice president of the UFC Russia and the Commonwealth of Independent States (CIS), noted signing a contract is not an easy process.

“Very often this happens slowly, due to the fact that the UFC now has more than 600 fighters and 42 tournaments a year. In some weight categories, there is either an excess or lack of fighters,” he said.

“I can’t say anything concrete about this situation yet. I have seen many Kazakh fighters and am in touch with them. I really hope the number of Kazakh fighters in the UFC increases. This is important for us, for the development of sports. I think it just needs to be given time,” he added.

The number of fighters from the CIS countries increased 1.5 times in a year, said Gromkovsky.

“I think our region will soon be one of the largest in the world in terms of the number of fighters in the UFC. There should be no negative feelings; everything happens gradually. Just a year and a half ago we held the first UFC tournament in Moscow. We had nothing and today, you are asking about the tournament. Such a number of fighters – it seems to me that this is already a great achievement, but we have something to work on,” he said.