By Nazira Kozhanova in Business on 20 January 2020 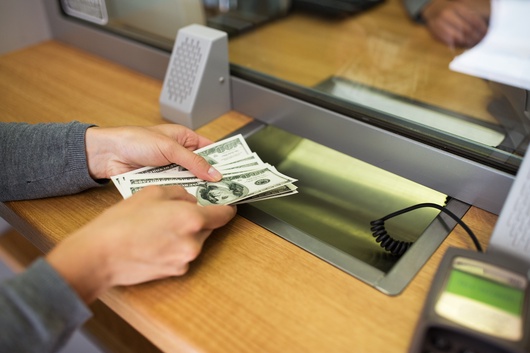 The first change will standardise the authorised capital amount in cities, with a special lower amount for smaller cities and villages.

Introducing the amendment has also taken longer than originally planned. Rather than becoming effective Jan. 1, the change will be implemented more gradually, depending on the city’s size and status.

“Second, the timing of the introduction of this norm has been shifted. Initially, we planned to introduce the requirement beginning Jan. 1, 2020. In the adjusted version, for organisations located in cities of national significance, the norm will enter into force April 1, 2020. In administrative centres of regions and cities of regional significance, [this will take place] beginning July 1, 2020. Exchange offices located in villages and small towns are required to provide authorised capital until Jan. 1, 2021,” he added.

“Third, earlier it was envisaged to oblige exchange offices to have an additional 20 percent of the amount of the authorised capital in their accounts. Now, it is enough to have the authorised capital itself, which is located in bank accounts and/or at the cash desk and/or in refined gold bullion. These measures will provide exchange offices with sufficient funds for smooth operation,” said Kazhmuratov.

Exchange offices will also be obliged to keep records by having customers provide some form of ID when exchanging currency. Previously, only customers willing to exchange more than 500,000 tenge (US$1,321) were obliged to provide ID.

“Data capture will take place in a simplified form. If the amount of operations is up to 500,000 tenge (US$1,321), then the client provides only an identity document. This is an international practice that is applied in many countries of the world… When exchanging funds in the amount of more than 500,000 tenge (US1,321), nothing has changed and the previous procedure (prior to the change) to record data is used,” he noted.

“Beginning Feb. 1, exchange offices will be open from 9:00 to 20:00. Changing the work schedule is aimed at improving the security level of exchange offices and their customers. This measure will also help eliminate the facts of overvaluation of the sale of cash foreign currency in the evening and at night and the unjustified occurrence of agitation among the population,” he said.

The only currency exchange offices currently permitted to remain open overnight are those in airports and first category, large shopping centres.

“For the convenience of people entering/leaving the country through airports, railway stations and automobile checkpoints across the state border, the working hours of exchange offices will not be limited. Exchange offices will work around the clock [there] and at large shopping centres of the first category, until 22:00,” he added.