Eight rehabilitation centres for children with disabilities and 16 additional inclusion support rooms will be opened as part of the agreement between the Foundation of the First President of Kazakhstan and Samruk Kazyna Sovereign Wealth Fund. The Samruk Kazyna group of companies has allocated more than $159 million for charity in the past five years to support more than one million individuals. The first stage involves supporting children with special needs and approximately 171 specialists and 49 rehabilitation therapists will participate in trainings. The fund will provide equipment for the centres. “Our working group visited all regions and identified the towns where rehabilitation centres and inclusion rooms will be located. They will be located in hospitals, clinics and secondary schools in eight regions. Kazakhstan’s First President Nursultan Nazarbayev set the task to open the centres this year. The Samruk Kazyna Fund will help us to create better conditions for children,” said Foundation of the First President of Kazakhstan Executive Director Asset Issekeshev. 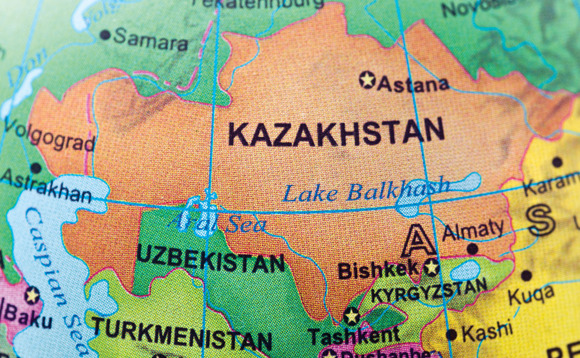 Government for Citizens contact centre 1411 has switched to round-the-clock mode, reported the Government for Citizens press service. Information is available regarding registering pensions and benefits, social allowance for large families, targeted social assistance and social services websites, labour relations and employment and applications for online psychological consultation for those raising children with disabilities. Approximately 5,000 people per day reach the centre on social issues. “Since the beginning of the year, our centre has received more than 22,000 calls. Most of the people are interested in pension and social security, assignment of monthly allowance to large families and issues of appointing social assistance,” said Government for Citizens Deputy Board Chairperson Birzhan Zhunussov.

A 10-megawatt solar power plant was launched in late December in Kengir village near Zhezkazgan in the Karaganda Region, reported Kazinform. A total of 29,436 solar panels were installed on a 20-hectare area to generate 14 million kilowatt/hour per year. The electricity will be distributed by the Zhezkazgan Distribution Electric Grid networks. The first three power plants were built earlier in the city of Saran and Agadir and Gulshat villages. More than 60 billion tenge (US$159 million) was invested to construct all the solar stations in the region. “2019 was a breakthrough year for the region in terms of renewables. By developing solar energy, we not only prevent capacity shortages, but also solve environmental issues. Our region is becoming a leader in renewable energy sources,” said Karaganda Region Akim (Governor) Zhenis Kassymbek.

Beginning in March, the government will provide housing for approximately 2,000 families in Nur-Sultan this year as part of the second stage of the Bakytty Otbasy (Happy Family) programme. Participants will receive one million tenge (US$2,700) housing certificates. To date, 721 families have received housing in the capital. Large and single parent families, as well as citizens raising children with special needs, may apply for the programme, which provides 2-percent loans. Twenty-year, 10-million tenge (US$26,700) loans have 50,000 tenge (US$132) monthly payments. Overpayment will be approximately two million tenge (US$5,300). This year, 100 billion tenge (US$266 million) will be allocated to implement the programme nationwide. Local authorities also provide assistance in housing for socially vulnerable categories of people.