By Elya Altynsarina in International on 13 January 2020

NUR-SULTAN – Kazakhstan has assumed chairmanship of the Group of Landlocked Developing Countries (LLDC) for 2020-2021. The chairmanship transfer ceremony was held at UN Headquarters in New York with participation from UN member ambassadors and experts and the UN High Representative for Least Developed Countries, LLDCs and Small Island Developing States Fekitamoeloa ʻUtoikamanu. 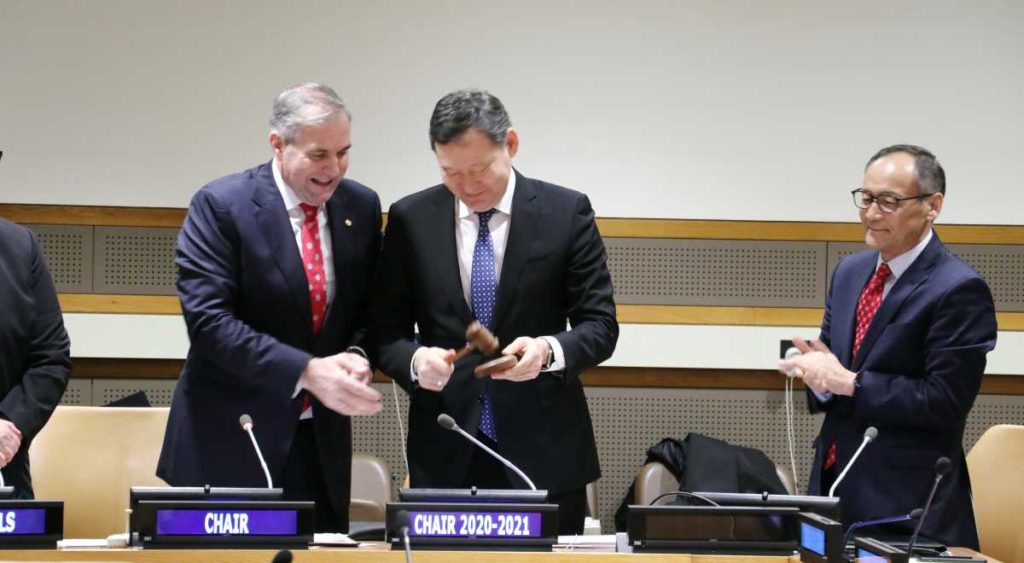 The group includes 32 nations – 16 in Africa; ten in Asia, including all five Central Asian countries and Afghanistan; four in Europe and two in South America. Kazakhstan, the largest landlocked country, is located at the farthest distance from the oceans (about 3,750 km).

During its chairmanship, Kazakhstan intends to contribute to implementing the Vienna Programme of Action for LLDCs (2014–2024) and the UN Sustainable Development Goals through the group’s enhanced and coordinated cooperation with transit countries, UN agencies and other interested parties on a regional basis.

“As chair, Kazakhstan will make every effort to enhance cooperation between our group and all interested parties, including UN agencies, international financial institutions, the private sector and academia,” said Kairat Umarov, the country’s Permanent Representative to the United Nations, at the event. He also thanked Paraguay Permanent Representative to the UN Julio Cesar Arriola, who chaired the group for last two years, for his significant contribution in this role.

ʻUtoikamanu emphasised Kazakhstan has always taken an active position in promoting and protecting the group’s interests. She noted with its government’s support, the LLDC ministerial meeting on trade issues is being planned in June in the capital. The meeting is part of the World Trade Organisation’s 12th ministerial conference. Kazakhstan was elected chair during the LLDC annual ministerial meeting in New York on Sept. 25.