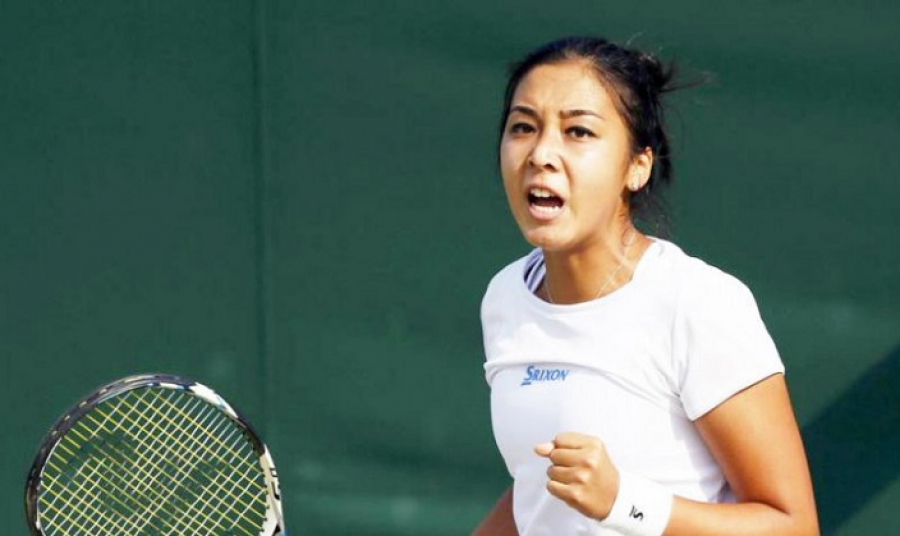 In the final match, Diyas beat Chinese player Zhu Lin, who occupies the 72nd place in the Women’s Tennis Association (WTA) ranking. The match ended with a 6:4, 7:5 score, making Diyas the winner of the tournament’s $25,000 prize. This is the fourth time the two women have faced off, and the third time Diyas has defeated her rival.

This is Diyas’ 10th singles tournament victory – she holds eight ITF titles and one WTA International title from Tokyo in 2017. She has played 23 tournaments overall.

Diyas had been ranked 77th in the WTA rankings, but her new victory will push her higher. Her highest ever WTA ranking was 31st, and this is her third consecutive year ranked among the top 100 players in the world.

She is the third best female tennis player in Kazakhstan, after Yulia Putintseva (34th in the WTA ranking) and Elena Rybakina (37th).

Diyas’ doubles WTA ranking is 452; her highest so far was 89 in 2015. The WTA website estimates her prize money over her entire career amounts to $2.7 million.

Diyas started her career in 2007 and won her first ITF title in 2008 in Astana. She studies psychology through a remote university programme. Diyas is now playing in the Shenzhen Open Tournament in China, which started Jan. 4. She met Duan Yingying for her first match Jan. 7. Zhu Lin will also participate in this tournament.

The ITF governs global competitive tennis. Founded in 1913, it includes 211 national and six regional associations. WTA is an organising body for women’s professional tennis. It was founded in 1973 to facilitate equality for female tennis players and a better future for women’s tennis overall.